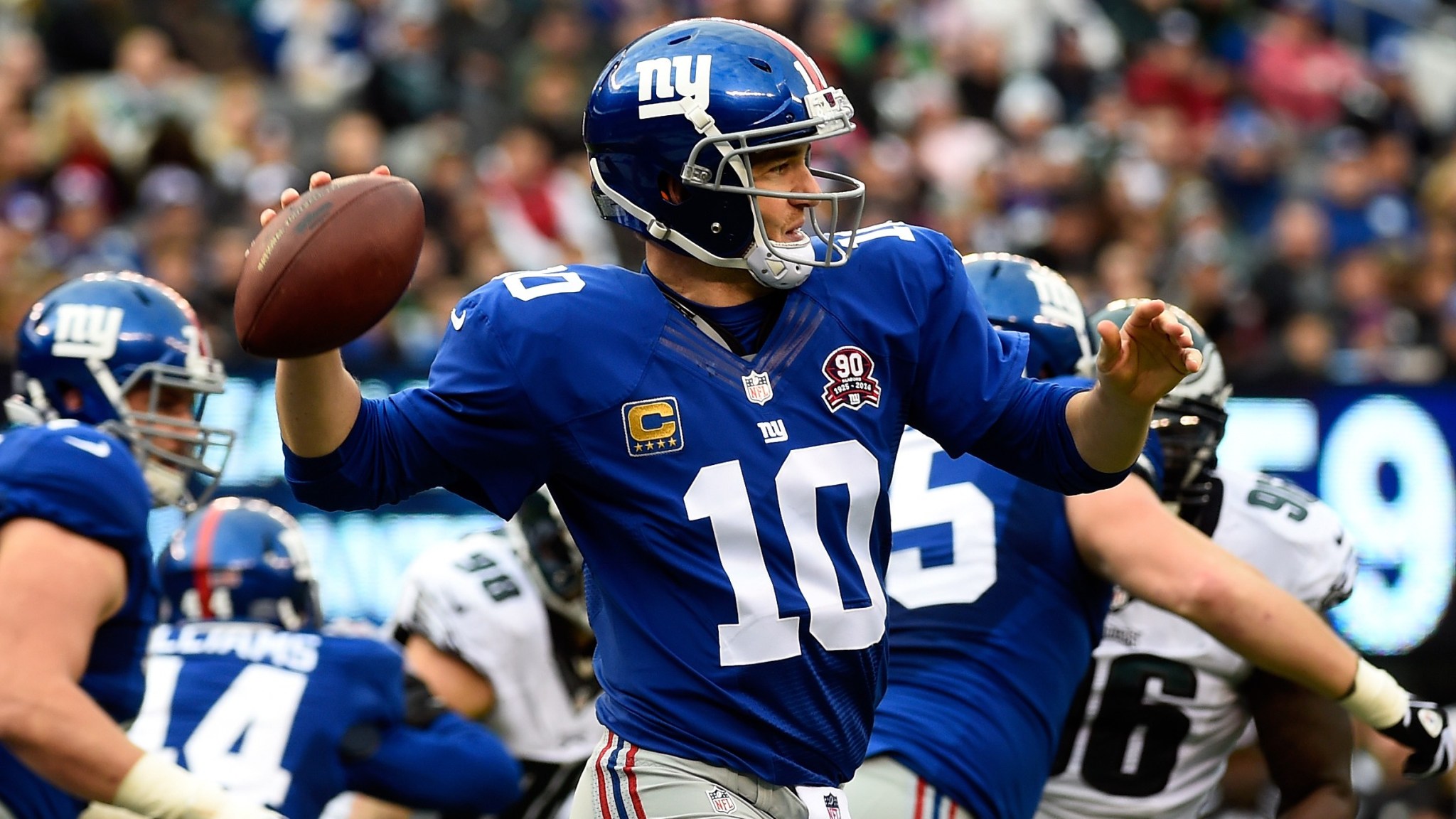 With the lull between reviewing the conference championships and previewing the Super Bowl upon us, this is a good time to take a look at the season that’s just finished up. I’ve already noted my preseason bets, and on our podcast on Friday, I’ll talk about the preseason props I chose with Robert Mays, but today I wanted to run through some of the preseason archetypes I detailed in August.

Now, these aren’t exactly predictions inasmuch as they are attempts to identify the most likely person to fill a scenario that’s occurred in the past. I can’t take too much credit for the ones that look smart, and that’s not really a very interesting column, anyway. The useful concept here is trying to stay ahead of the curve, keeping history in perspective, and figuring out in the preseason which sorts of players are likely to surprise us. If those archetypes keep occurring and we can narrow down the choices for who might fit those narratives before the season starts, it can only help in 2015 and beyond.

You can read my original predictions from August here.

The competent veteran QB who falls off a cliff, seemingly onto his throwing shoulder

Distressingly, this starts with a story line that didn’t really appear in 2014. Palmer did suffer a serious injury that will affect his future availability, but this category is more about veteran quarterbacks who suffer a dramatic decline in their level of performance that permanently affects their job security. Schaub, remember, made the Pro Bowl in 2012 before going on an interception party in 2013 and never recovering.

The closest thing from the most recent season, I suppose, would be Cutler. He was technically benched for Jimmy Clausen, albeit for one week before Clausen got hurt. The organization cleaned house after the season, in part because the scheme and the players around Cutler didn’t fit the starting passer. Otherwise, this was a very solid year for veteran quarterbacks; the only veterans who stayed healthy and lost their job solely for performance reasons were Cutler, Chad Henne, and Brian Hoyer, and two of those guys had first-rounders waiting on the bench behind them.

The fading veteran quarterback revitalized by a scheme change

This one actually came through! Even after playing terribly in the preseason, failing the debut audition against the Lions on the opening Monday night of the season, and losing Victor Cruz to a serious knee injury, the arrival of Odell Beckham Jr. gave Manning a top receiver with whom to torment opposing defenses.

The change sparked a notable improvement in Manning’s numbers. While last year looked like the sign of a possible precipice, now it seems like the outlier, given what Manning has done over the past five seasons:

Manning’s 70.9 QBR was the seventh-best figure in football this season, and even if that seems a little high, it’s fair to say he’s no longer eyeing the exit door. The turnovers will always be there, and the Giants aren’t a great team, but Manning is hardly the problem with Big Blue right now.

The innocuous receiver who breaks out in his second season

Hopkins was overshadowed by an otherworldly crop of rookies, but he emerged as the best receiver from his draft class despite spending the entire season catching passes from Ryan Fitzpatrick, Ryan Mallett, Case Keenum, and Tom Savage. He finished the year with 1,210 receiving yards, pacing the rest of the second-year receiving crop by 279 yards. While breakout rookies like Keenan Allen and Cordarrelle Patterson took a step backward in their sophomore seasons, Hopkins built on a promising rookie campaign and is firmly positioned as a budding superstar.

Ironically, the midround rookie back who bounced his way into a starting gig replaced the guy who did the exact same thing the previous year. Stacy provided mediocre returns in averaging 3.9 yards per carry as the early-season starter, then officially lost the job to Mason during St. Louis’s 28-26 win over Seattle in Week 7, going the entire game without a carry. He would record just 15 carries the rest of the way. From that point forward, Mason averaged 16 carries and 66 rushing yards per game as St. Louis’s primary back.

Taliaferro wasn’t exactly a terrible choice; the depth chart in front of him in Baltimore cleared out almost immediately, but the Ravens found a steady starter in Justin Forsett and used Taliaferro as a change of pace. He showed useful flashes in carrying the ball 68 times for 292 yards and four scores, and if the Ravens move on from Forsett, an unrestricted free agent, this offseason, Taliaferro would be in line for an expanded role.

I should note that I really limited this category in my head to rookies who were taken no earlier than the third round of the draft. If you expanded the group, you could make stronger cases for second-rounder Jeremy Hill and second-year undrafted free agent C.J. Anderson.

I grossly overestimated Gerhart’s floor, suggesting he could struggle and still manage to make it to 1,000 rushing yards on sheer volume. Instead, Gerhart averaged an unspeakable 2.6 yards per carry through five weeks before suffering a foot injury and losing his job to Denard Robinson. He came back and took limited reps before again assuming the starting job when Robinson hit injured reserve in December.

It’s worth noting that the Jaguars had both Forsett and Robinson on the roster in 2013 and still chose to give Gerhart a three-year, $10.5 million deal last offseason. The good news is, there is no more guaranteed money left on the contract as long as the Jaguars cut him by March 14.

The post-hype first-rounder who finally stays healthy and productive

Score a half-point for NFL.com’s Chris Wesseling, who was the conductor of the Ingram bandwagon all offseason. Ingram did miss three games for the Saints with a broken hand and faded badly during the final month, but this was really the first year he shouldered a serious workload and played above-average football. He averaged 4.3 yards per carry behind a struggling offensive line, beat up opposing tacklers, and had a ridiculous three-game stretch with 81 carries for 392 yards and three touchdowns.

Stepping outside of the skill-position comfort zone for a moment, McClain fits here. After spending three seasons in the football abyss that is Oakland and temporarily retiring, the middle linebacker finally seemed to settle down and deliver upon the considerable promise he showed as a college player at Alabama. Not bad for a guy Dallas picked up over the summer as part of a swap of late-round picks with Baltimore.

The free agent who looked much better on the 49ers defense

Whitner actually didn’t lose very much in his move away from the Bay, becoming a functional part of one of the league’s best pass defenses in Cleveland. Rogers, however, spent seven anonymous weeks in Oakland before hitting injured reserve with a knee injury.

Hall’s four-year, $17 million deal does look bad, but it’s not really his fault. He tore his Achilles in Week 3 before later re-tearing the Achilles at his house in October. It’s one thing to blame a team for giving a player a long-term deal after one healthy season in the middle of an injury-prone career, but Washington gave Hall a four-year deal after seeing him suit up for four years in a row without missing a contest. Injuries are always risks, but it would be wrong to say Hall was an injury-prone guy when Washington signed this deal.

The nod instead has to go to Bailey, who failed to make the cornerback-needy Saints out of training camp and eventually retired. The Saints got out of most of the money from his two-year, $7 million deal, but signing Bailey instead of another similarly priced cornerback like Corey Graham might have cost them dearly in the NFC South race.

Oh, if only the ghosts of so many fantasy football teams could scream. Green was a huge sleeper before the season, an athletic marvel who was supposed to push Antonio Gates into an ancillary role and threaten secondaries with his 4.45 40 speed. Sadly, Green can’t block and isn’t much of a route runner, and he failed to make an impact in 2014, catching just 19 passes for 226 yards without scoring a touchdown.

I would love to be haughty about sniffing out the Green bandwagon, but I can’t. The athletic tight end I thought was going to break out instead was Philadelphia’s Zach Ertz, and while the Stanford product did improve to a 58-702-3 line in 2014, much of that came on a 15-catch, 115-yard day in Week 16. By then, just about every fantasy football owner had given up on Ertz. Including me.

I’ll take an honorable mention here for making Blount a second choice in August; he famously chafed at his role as Le’Veon Bell’s backup, got released, and ended up as the starting running back on a team that is about to play in the Super Bowl. That’s actually … that’s really impressive, LeGarrette Blount. You’re playing this game well. Other qualifying candidates include Ben Tate and Shaun Phillips, who each signed a multiyear deal and didn’t make it through the first season.

Brown stayed on the roster, but he didn’t offer much. The Chargers actually needed him once Mathews and Danny Woodhead went down with injuries, but Brown carried the ball 41 times for just 81 yards in a two-week span before turning the job over to rookie Branden Oliver. Brown would tote the rock 35 times and average a mere 3.5 yards per carry the rest of the way. He was last noticed blowing a block on punt coverage that ended in a broken collarbone for Mike Scifres. It would hardly be a surprise to see him back in Indianapolis next year.

We finish up with one of the largest quarterback drop-offs in league history, with Eric Decker going from catching passes from 2013 Peyton Manning to picking up throws from 2014 Geno Smith and Michael Vick. Decker ended the season on a ridiculous high note, catching 10 passes for 221 yards and a touchdown against a Dolphins team with nothing to play for, but even that only managed to nudge Decker’s numbers back up toward respectable; he finished with 74 catches for 962 yards and five scores. The drop-off isn’t his fault, of course, but it’s just as painful to see.