Odell Beckham and the Catch of the Year of the Century 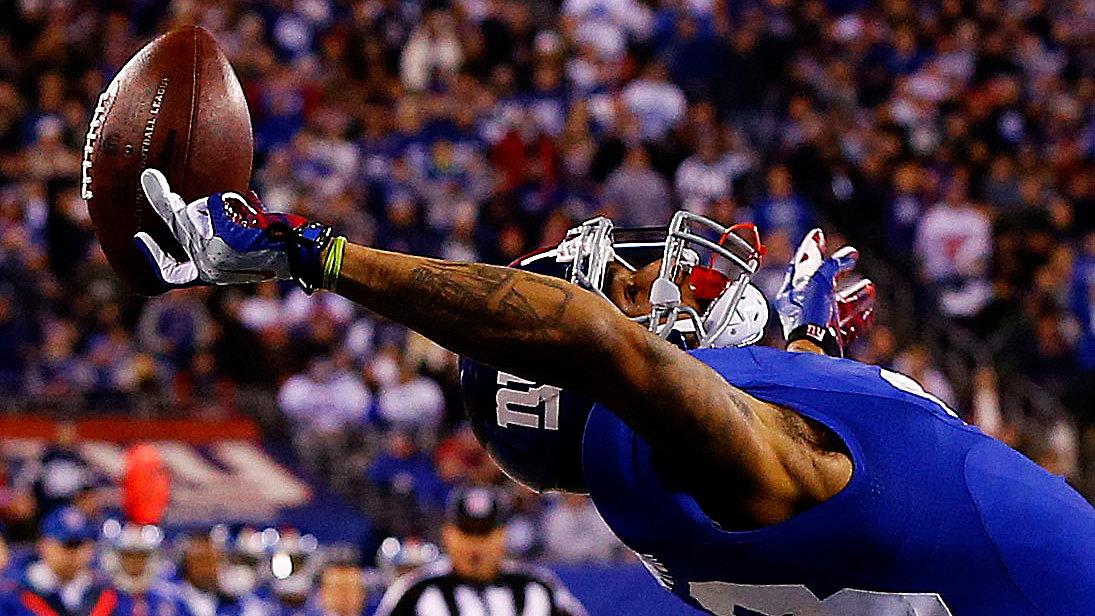 America is recovering this morning. We’re all coming back down from an Odell Beckham bender. By now you’ve definitely seen the catch, but let’s run it again, because this deserves to run forever.

He had 10 catches for 146 yards and two touchdowns last night, and that line would have been outrageous enough. But that catch is all that matters today. Even if the Cowboys and Giants technically kept playing in a game that ended with a Tony Romo comeback touchdown drive, everything else is irrelevant.

Now, just for the record, it’s not more amazing than what David Tyree did. It can’t be. That catch swung an entire Super Bowl, and helped beat the only 18-0 team in NFL history. Nothing will ever top Tyree.

But Beckham’s catch was definitely more impressive. Tyree’s was at least 75 percent dumb luck — he trapped it against his helmet, and he couldn’t have done it again if he’d had 100 tries. Beckham …

Look at him pregame.

Why didn’t anyone tell me Odell Beckham sold his soul to the devil? Why wasn’t this on the scouting report before the draft?

Look at this photo. 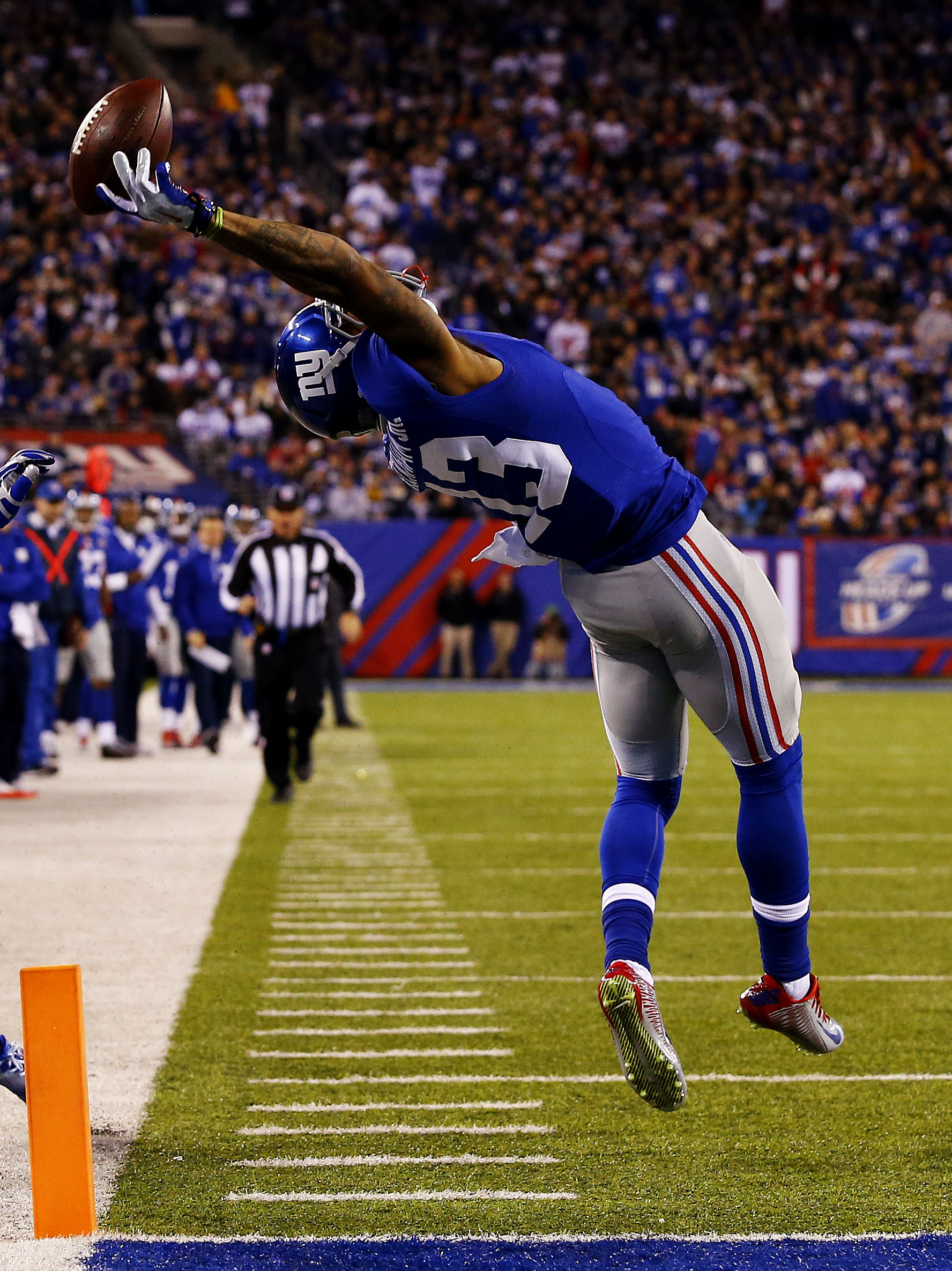 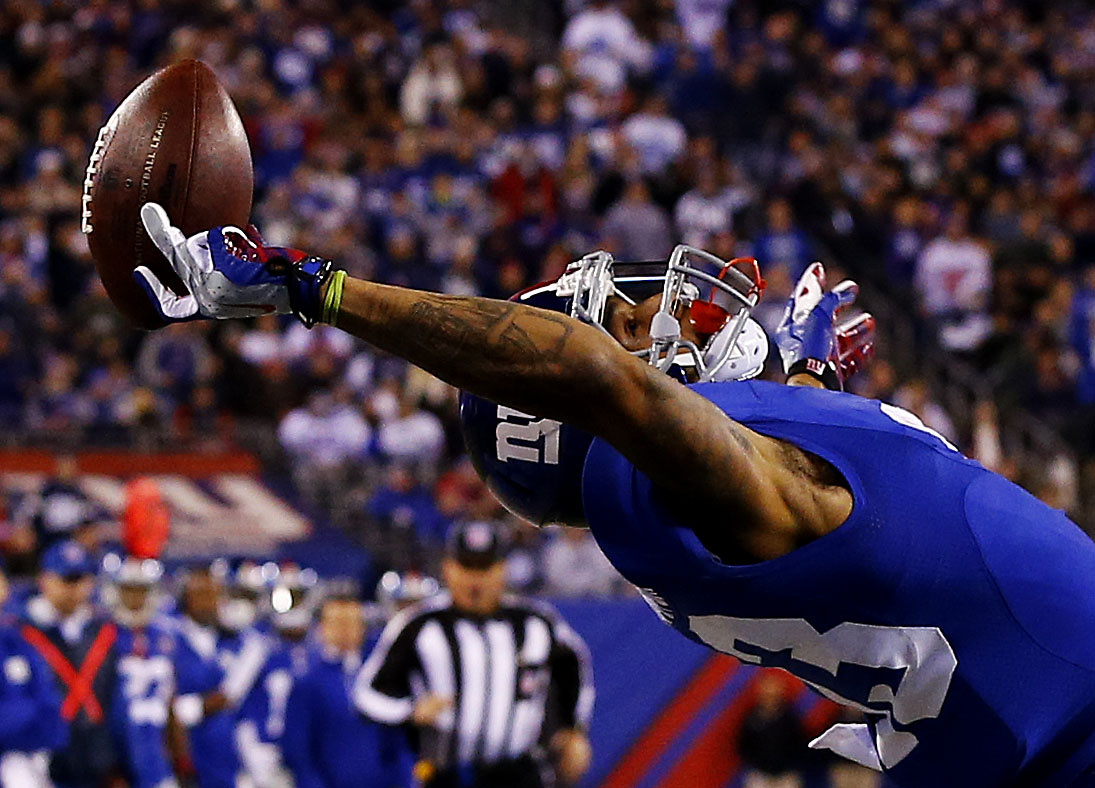 If this were 1600s Salem, that catch would be grounds for stoning. It was all incredible. They didn’t stop the game, but they could have and nobody would’ve complained. Sometimes sports will make you miserable, sometimes all of this just blends together, and then sometimes things happen that even make professionals space out like they just saw an alien.

Catch so good you forget to do your job. pic.twitter.com/vH7nA1flbL

That guy gets it.

The Grantland NFL Podcast: Talking Raiders and Previewing the Rest of Week 12

Week 12 Wrap-up: Together, We Appreciate Football