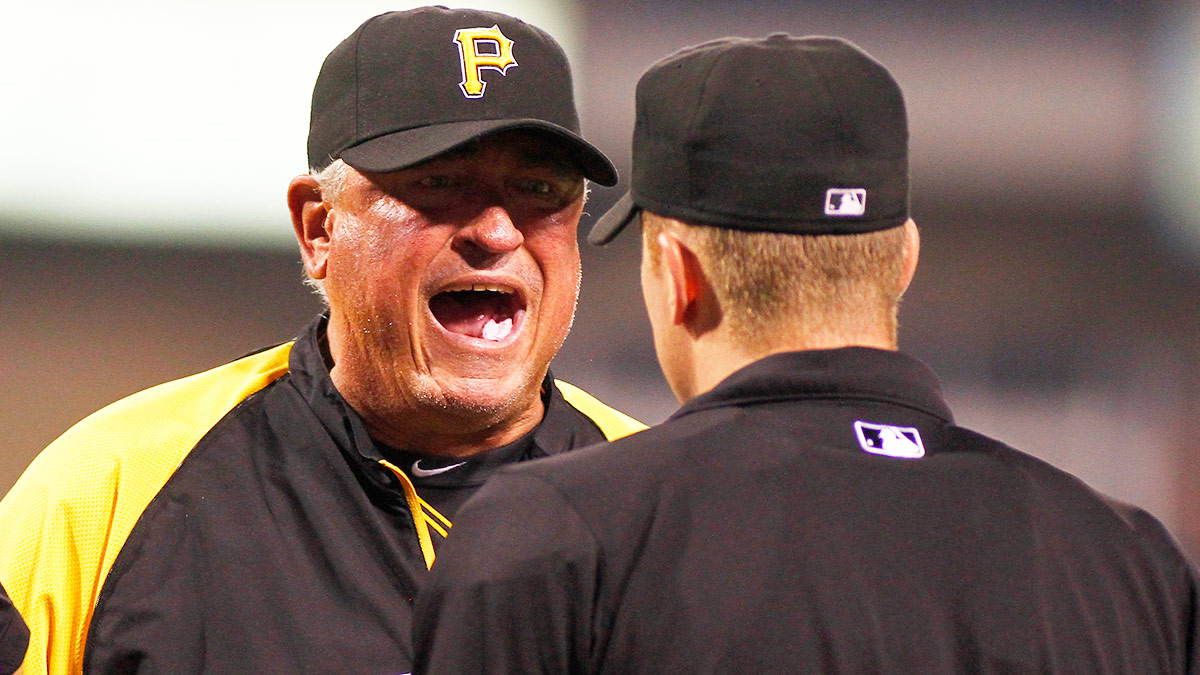 In the Opening Day entry of The Long Season, the late Jim Brosnan’s diary of his 1959 campaign, the then Cardinals pitcher expressed surprise that St. Louis manager Solly Hemus seemed as anxious as his players prior to first pitch. “In the majors,” Brosnan wrote, “the manager’s job is virtually completed by the time the umpire says ‘Play ball!’ It’s really up to the players then. If they do their job correctly and efficiently, the manager might just as well take a nap, as much as he’ll be needed.”

Brosnan, whose stories helped pave the way for Ball Four and other salacious inside accounts, didn’t work very hard to hide his opinions about managers, so he and Hemus never clicked. Not surprisingly, some managers don’t subscribe to the idea that what they do during games doesn’t matter. And although accomplished former skippers such as Earl Weaver, Davey Johnson, Tommy Lasorda, and Tony La Russa have acknowledged that in general, players win games and managers merely have the power to lose them, that doesn’t mean they folded their arms over their jackets and surrendered to fate. In some cases, they made even more moves for fear of missing out on a potentially important one. (La Russa, Joe Posnanski wrote in 2009, was “the Mozart of overmanagers.”) Despite Brosnan’s observation, it’s not good for a skipper’s job security if someone says he fell asleep.

So which managers have been busiest passing out orders during games this season, and which have come closest to Brosnan’s unconscious ideal? To determine how much each manager has meddled — or, to use a more neutral term, tinkered — I identified 10 areas in which a manager might try to make an in-game impact: changing the lineup; calling for an intentional walk, a pitchout, or a hit-and-run attempt; ordering a sacrifice bunt attempt by a position player (sac bunts by pitchers are par for the course); pinch hitting for a position player; pinch running; inserting defensive subs; challenging a call that’s reviewable by replay; and using a pitcher to face a single batter (which, while often effective, might be the most intrusive and disruptive action of all).1 Each of the 10 tactics I did identify is a reminder that the manager’s role isn’t restricted to pre- and postgame pep talks, and that while our focus is on the field, there’s always a middle-aged man holding up cue cards and pulling strings from just off center stage.

We can’t neatly label most of these moves and assign them to a “good” or “bad” box. Intentional walks and pitchouts rarely make much statistical sense, and hit-and-run attempts get a tentative sabermetric seal of approval, but the wisdom of all of these decisions depends on the context in which they’re made. A move that passes muster with a certain score and base-out scenario might be a disaster under different circumstances, and a strategy that would suit one roster might backfire for another. Plus, to some extent, personnel limitations dictate managerial style: The more injuries to a team’s position players, the higher its unique-lineup-card count.

Those caveats bring us to the inevitable paragraph about methodology and math, which some of you will scrutinize and some of you will skip. Baseball Prospectus provided team totals through Tuesday’s games in eight of 10 categories; Baseball-Reference.com delivered unique lineup counts, while Baseball Savant supplied challenges. Once I had the data, I separated the skippers into AL and NL groups to account for the different frequencies of certain events in each circuit2, then compared each manager’s total in each category to his league’s mean. Dividing the difference from the mean by the standard deviation (a measure of how tightly clustered around the mean the managers were in a given category) gives us a z-score, which allow us to compare each manager’s activity level on a single scale (and also to separate the skimmers from the brave souls who are still reading this sentence). Combine the z-scores in each category for each manager, and we get one number that tells us how far above or below the norm he’s been in terms of activity. The higher the number, the more buttons he’s pushed and levers he’s pulled, and the less likely he is to have had time to doze off in the dugout.

The interactive table below displays z-scores for each manager in each of the 10 categories (where zero equals league average and anything above indicates greater-than-average activity). Actual team totals are available here.

By default, all 10 categories are selected. (Hover over the column headers for an explanation of each abbreviation.) If you’d rather limit the scope to some subset of those 10, just click on the column(s) you’d like to remove to boot it from the sample. The “Manager,” “Team,” and “Total” columns will re-sort automatically. Limit the categories to intentional walks allowed and lineups used, for instance, and Diamondbacks manager Kirk Gibson, who ranks only 13th most active with all 10 in effect, vaults to the top.

With the default stats selected, Blue Jays skipper John Gibbons claims the title of most active manager, largely on the strength of his fondness for replacing his starters. Gibbons is conservative when it comes to intentional walks and pitchouts, but he’s very aggressive in challenging umpires and in fiddling with his lineup card during games: The Jays lead the majors in pinch hitting for position players and in inserting defensive subs, as they pursue the handedness advantage at positions where they platoon and try to reduce their exposure to defensive liabilities such as Juan Francisco.

Pirates manager Clint Hurdle comes in second, posting a positive z-score in every category except lineups used, where the Pirates’ good health has helped limit his total. Hurdle has stood out the most in his usage of pinch hitters for other position players, using an NL-leading 78 through Tuesday, more than double the league average of 36.6. Travis Snider, Gaby Sanchez, the since-demoted Jose Tabata, and Ike Davis have batted off the bench most often, as Hurdle sought to strengthen two of his weak offensive positions by giving his first basemen and pre–Gregory Polanco right fielders the platoon advantage as often as possible. Hurdle is also tied with Atlanta’s Fredi Gonzalez for the league lead in pitchouts, with 19.

On the opposite end of the spectrum sits Washington’s rookie manager Matt Williams, who’s exhibited a below-average activity level in every area. The average NL manager has called for 15 hit-and-run attempts, using the definition provided here by former Baseball Prospectus author (and current Astros analyst) Mike Fast. Williams has tried only two, tying with the Orioles’ Buck Showalter for the fewest in the majors. His combined -6.3 z-score makes him the manager furthest from the mean, though he also inherited a deep roster that can win without being overclocked by a manager in pursuit of every edge. In time, we’ll find out whether Williams’ conservative approach will evolve as he gains experience, or whether he truly belongs to the Brosnan school. Other first-time managers Brad Ausmus and Bryan Price are also close to the bottom of the activity leaderboard, although Cubs rookie skipper Rick Renteria ranks directly below Hurdle.

The relationship between the speed of a manager’s tactical metabolism and his skill as a skipper is hazy. Kansas City’s Ned Yost, the current manager whose moves are most likely to be mocked on Twitter, is the second-least-active manager, eschewing pitchouts and intentional walks, of which he’s justifiably wary (though when he does issue an IBB, it’s often a doozy). More predictably, perhaps, Red Sox manager John Farrell and A’s manager Bob Melvin, who avoid IBB and sac bunt attempts by position players like the counterproductive tactics that they often are, lurk near the bottom (Melvin would be lower if not for Oakland’s fondness for defensive subs). However, Renteria and the Rays’ Joe Maddon are close to the top, so it’s difficult to draw a direct line between activity level and a team’s perceived affinity for advanced stats. There’s a weak inverse correlation between total z-score and winning percentage, signifying that more active teams tend to win less often, but that could suggest that winning managers have fewer moves to make, not that making fewer moves leads to winning.

This just-for-fun method doesn’t capture every element of in-game management, as critics of Yost’s bullpen management could attest. And the X’s and O’s of baseball, such as they are, constitute only a small portion of a manager’s duties, which have increasingly come to include massaging massive egos, smiling into cameras and speaking into mics, and cultivating a cooperative relationship with the front office. What’s more, this is a snapshot of a single year; a good manager’s approach is flexible enough to adapt to the strengths of his roster, so some of the tendencies we’ve seen this season might fluctuate in a multiyear sample. That said, we’ve gotten a good idea of which managers have issued the most in-game instructions in 2014, whether by choice or by necessity. Many of those instructions might not have helped, but there’s something to be said for appearing to be busy; if you’re reading about baseball at work, learn a lesson from the most active managers and remember to furrow your brow, keep a hand on your keyboard, and move your mouse around as you read, just in case anyone’s watching.

Nick Wheatley-Schaller provided assistance with data display for this article.