114-Day NFL Warning: Percy Harvin Is a Seahawk, Everybody 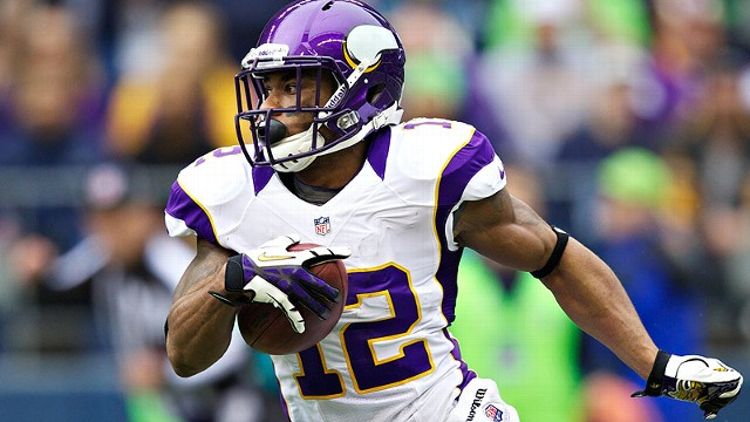 OK, so I know what you’re thinking: If you’re going to start a countdown this far in advance (which is admittedly crazy), why not just wait to start on a round number? I’ll tell you why — because Simmons is the boss, and he wasn’t going to go another day without a reason to get excited about football season:

I want the countdown to the NFL season. EVERY DAY.

That was an e-mail from earlier this week. It was not a request.

So here we are, on Day 1 of a 114-day countdown to the defending champion Ravens visiting Peyton Manning on Thursday, September 5. Every day, we’ll have something pro-football related to chew on, a reminder that football is indeed coming, will be here before you know it, and is generally awesome. To get things started, we figured we might as well revisit the offseason’s most decisive victory — Seattle’s trade for Percy Harvin.

A certain 10-game stretch by a certain NFL MVP overshadows it now, but it’s important to remember that for six games last season, Percy Harvin was the Vikings’ best player — and one of the best players in football. Harvin had 540 receiving yards before Adrian Peterson started his run of eight straight 100-yard games, and he averaged 37 yards per kickoff return, with one touchdown, over that same stretch. Harvin was well on his way to the best season of his career before an ankle injury ended his year before Week 10.

Harvin’s never been the happiest of campers, though, and an apparent rift between him and coach Leslie Frazier is what eventually led to Harvin being traded to Seattle this offseason. To be clear, this is the same Seattle team that was no. 1 in weighted offensive DVOA, according to Football Outsiders (a metric designed to account for improvement as the season goes on), the same Seattle team that put up half-a-hundred in back-to-back weeks, and then followed that by putting 42 on the board in against San Francisco. So the team with the league’s best offense by season’s end just added one of the best offensive players in football. Cool, guys.

It’s not just adding Harvin that should inspire excitement about the Seahawks’ 2013. It’s what adding Harvin will look like. Seattle’s reliance on the read option is overstated, but it’s clearly shown a flair for the creative on offense. In Harvin, offensive coordinator Darrell Bevell gets a toy he’s very familiar with from his time in Minnesota. We know Harvin lines up all over the formation, can play running back, and is just generally a cooler player than pretty much everyone, but it’s easy to forget how crazy his package of physical skills actually is. Harvin led the league in broken tackles by a wide receiver last year, according to Football Outsiders. He played nine games.

So … get excited, everybody. Or, if you root for any other team in the NFC, don’t. It’s up to you, really.