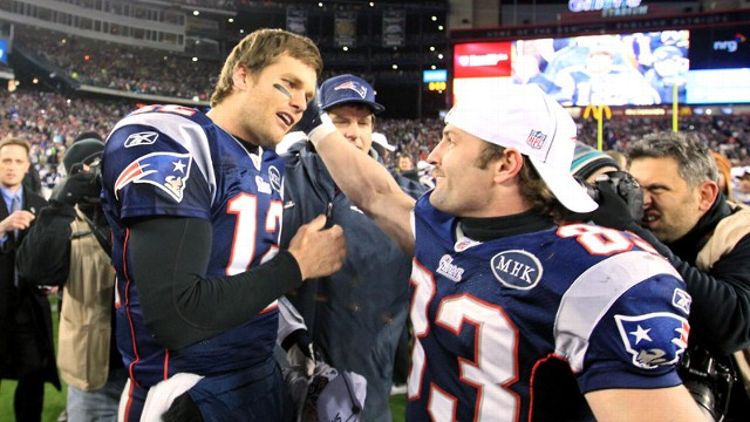 Take a look at this photo. What do you see?

I’ll tell you what I see. I see the purest of friendships, an unbreakable bond, forged by hundreds of millions of after-practice route-running sessions and a joint chiponmyshoulderness born of lives defined by slights. It just isn’t right, what happened. If we can’t believe in Tom and Wes, what’s left to believe in?

The fallout between Welker and Belichick (who clearly hates love in all its forms), along with Brady’s unhappiness and the whole situation’s ugly turn, deserved the attention it received. But underplayed in all this, somehow, was not only that Welker was leaving — he was running straight into the arms of Brady’s greatest rival. It could’ve been anyone. But no, it had to be Peyton Manning.

In this loyal-free era of sports, we see defections like this all the time, but with Welker, I want to believe it was about more than business. I want to believe that what happened with New England was a personal affront, that he chose Denver to stick it to Belichick, and that all this talk about feeling like a rookie again is an effort to make Brady jealous. Until I hear otherwise, that’s what I’m going with. And I can’t wait for Wes Welker to be the Adam Banks of the NFL.

By the way, the Broncos visit Foxboro in Week 12, when I can only assume those teams are going to be a combined 17-3 and battling it out for home-field advantage. I’ve got to assume that all this comes up that week. Just a hunch, though.