10 Seconds or Less: How a Change in Tempo Has Kept the Mavericks’ Offense Afloat 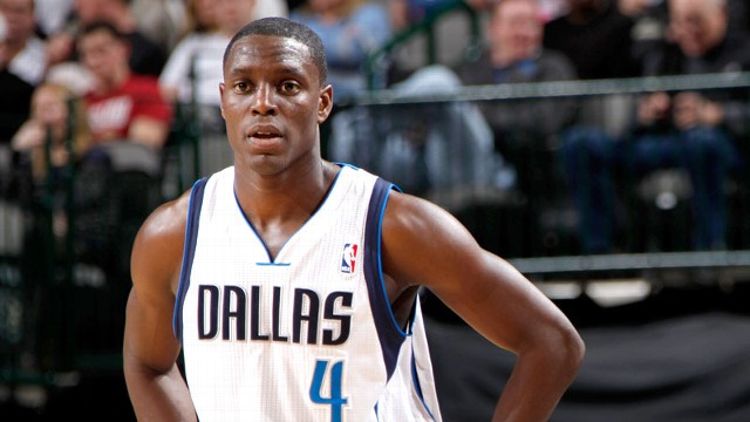 Early in the second quarter last night against Milwaukee, veteran backup Mike James slowly walked the ball up the court before getting his Dallas team into its offense. The possession’s first real action didn’t come until about 10 seconds in, a rip screen (angled back screen) by O.J. Mayo to bring Dirk Nowitzki to the back-side block.

When the Mavericks’ star forward secured the post-entry pass from James, the shot clock had already dwindled near single digits. A well-timed dig (help defender dropping down to swipe at the ball) on Nowitzki forced a pass out to Mayo at the top of the key. A hasty drive-and-kick series between the two followed, and the big German was eventually forced to launch a tough, contested jumper that came up about 3 feet short of the rim.

When the Dallas Mavericks won the NBA title two years ago, they did so with an offense that relied primarily on brilliant half-court execution. A group that combined Nowitzki with two heady Jasons (Kidd and Terry), lob machine Tyson Chandler, and sharpshooter Peja Stojakovic posted an excellent offensive rating of 107.6 in its run to the championship.

What is it like to give players such freedom?

In ’11, we had experienced guys that knew the game and knew how to play the game. So our “flow” game with those guys was more second nature. They played together, they knew how to play with each other, they knew how to utilize each others’ skills. This year — and this is philosophically where this can be challenging — if you’re going to play that kind of style of basketball, and then you acquire several young players, and then you got two second-round picks — rookies that are in your rotation — you gotta teach these guys how to play basketball, not how to run plays. And so that’s been one of our challenges. We’ve made great strides with it. But there’s been growing pains. And that’s OK. That’s part of, you know, being in the position that we’re in. When you need to get your roster younger, one of the byproducts is you’re going to have to do a lot more teaching. I got into this because I love to teach and I love to lead. So it’s been a great challenge, and I’ve liked a lot of the progress that we’ve made. Other times it’s been tough going through some of the growing pains.

With Dirk back, will things change? Will you look to grind out more half-court offense? Will things slow down or will you stay committed to the running game?

One of the definitions, one of our definitions of “flow” is that the ball needs to move, and that it needs to find the best players in the best position to make plays. We’re going to continue with what we’re doing. Striking the right balance is something we’ve been emphasizing from the beginning, regardless of our health situation. We need to try to play fast but efficiently, as often as we can and down the stretch of games. When you need to execute, of course Dirk is going to be a focal point for us as well.

O.J.’s and Darren’s shot selection: something that comes naturally or something you emphasize? How is that being trained?

We like early great shots, all right? I love Collison pulling up for 17-foot shots in transition when the defense backs off. I like O.J. stepping into transition 3s, and when the defense runs at him I love him putting the ball on the floor and attacking. We like ball movement [and] attacking off the dribble. So, yeah, we work on those things. One of the challenges we have is that the movement of players and the ball is so important. Sometimes it’s going to take six or seven passes for us to get a great shot. We want to push the ball quickly to conserve time, and to get a great shot if we don’t have a great shot initially. So that’s all part of the reason why we push the ball hard.

It’s no secret that Mark Cuban’s calculated gamble for a second superstar to pair with Nowitzki has left this Mavericks team a shell of what it was two years ago. Last night’s loss to Milwaukee dropped the team’s record to 25-31 and seemed like yet another reason to count the Mavs out of this year’s playoff chase. That record is due in part, though, to missing Nowitzki for so much of the season. Since he returned to the starting lineup on January 5, the team is a much more respectable 12-11 with an even healthier scoring margin of +3.8. Since that date, this year’s group has posted an offensive rating of 107.2, which would tie them for fourth in the league had it been their mark for the entire season and falls just short of the team’s championship-level figure.

Even considering that a month and a half is a fairly small sample, it’s still incredible that these two vastly different Mavericks teams are scoring at the same rate when the only constant is Nowitzki — a player two years older and still struggling to find his top form as he returns from injury. Maybe even more remarkable is that these groups achieved these marks in vastly different ways. Where the 2011 squad leaned on its abilities in the half-court, this year’s team crafted a completely different identity right from the start.

“We looked at our roster for this year, it was a roster that was going to have to be up-tempo,” said head coach Rick Carlisle. “We had faster guards, we had some wing guys that could run, and I just didn’t see us as a team that could run set offenses and grind and be effective.”

With those fast guards — Darren Collison and Mayo — leading the charge, the Mavericks have sprinted their way to the league’s fifth-fastest pace, a major shift for a team ranked 16th last season and 19th during its championship run two years ago. Carlisle has his group pushing the ball upcourt at every opportunity — steals, blocks, long rebounds, and most impressively, made shots.

Running off an opponent’s made shot, particularly when it’s at the rim, is an incredibly effective tactic (and was a staple of the Seven Seconds or Less–era Suns). Teams often let their focus dip after scoring, casually getting back in transition and allowing opponents room to rip the ball out of the net and run it right back upcourt. Thanks in large part to Collison’s speed, the Mavs have made it a productive — and necessary — part of their attack this season. But while it sounds easy in theory, it’s much harder for teams to put in practice.

“It’s a commitment,” explains Carlisle. “It’s something that is not that difficult to do early in games, but the challenge is to sustain it. It’s a mentality. We do some drills to reinforce it and we feel it’s important for us. If we don’t do it, the game slows down and we just aren’t as effective.”

Mayo and Collison illustrate their head coach’s last point perfectly. According to 82games.com, the Dallas guards are markedly better when shooting in the first 10 seconds of the shot clock. Mayo’s effective field goal percentage (which factors in 3-pointers being worth more) in that time is 57.8 percent, nearly five points higher than his season average; Collison’s 54 percent is three points higher.

It’s a good thing then that both attempt nearly half their shots (Collison 51 percent, Mayo 49) in that time frame. Only two players — James Harden and Ty Lawson, both on teams that play faster than Dallas — can match those numbers.

The quick pace isn’t just about shooting early and often, either; it fits into the team’s continued quest to try to find the high-percentage looks that no longer come so easily. “Sometimes it’s going to take six or seven passes for us to get a great shot,” says Carlisle. “We want to push the ball quickly to conserve time to get a great shot if we don’t have a great shot initially.”

With opposing defenses becoming increasingly more adept at finding ways to eat time off the shot clock, it’s becoming more important for teams to quickly get into their offenses. Each possession offers a finite amount of time to work, and seconds — not certain players or actions — are the most valuable commodity. (With the way defenses operate now, it’s almost easier to guard LeBron James and the Heat for 10 seconds in the half court than Nate Robinson and the Bulls for 20.)

Surprisingly enough, the Mavericks’ combination of accelerated pace and youthful rotation — Collison and Mayo are both only 25 and are joined by rookies Jae Crowder and Bernard James — hasn’t made them reckless. In fact, they are one of the best teams in the league at taking care of the ball. More possessions that end with a shot attempt are an absolute must for a Dallas team that can’t trump turnovers with talent.

So despite the extended absence of Nowitzki, who has played in just 27 games this season, this new approach has kept the team’s offense firmly positioned in the top half of the league. Given that this Dallas squad lacks the personnel to consistently shut down opponents on a nightly basis, the offense — aided by the return to form of their aging German star — must continue to improve if the team is to extend its run of playoff appearances to an incredible 13th consecutive season.

“It’s been a great challenge,” says Carlisle, “and I’ve liked a lot of the progress that we’ve made … With 27 [now 26] games left we just have to persist with what [we’re] doing.”

For a Mavericks team five games out of the last playoff spot in the West, their fate will hang on how committed they stay to finding great shots in the opening seconds of their possessions. The clock is ticking.