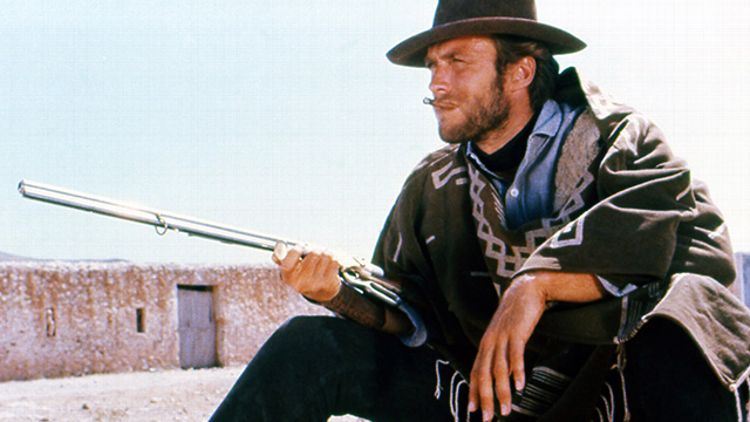 Our friend Clint Eastwood has recently suffered a bit of a blow to his image, after his recent, high-profile chamber drama opposite a piece of furniture was a critical failure. This comes at a bad time, as Mr. Eastwood’s new potentially Oscar-baiting film Trouble With the Curve (his first non-self-directed role since 1993’s In the Line of Fire) opens this weekend. Naturally, it falls to us Grantlanders and the power of YouTube to repair his reputation by reminding everyone how much he’s contributed to the art of cinema over the years.

Play Misty for Me

Bill Simmons: There isn’t a weirder early ’70s movie than Play Misty for Me. Clint Eastwood plays a Bay Area D.J. who gets involved with a psychotic female fan — it’s basically Fatal Attraction crossed with The Fan, only it came out well before both movies. For some reason, I stumbled into a showing of this movie when I was 9 or 10, back when I just knew Clint as Dirty Harry and the brawler who was best friends with a chimp. I kept expecting something funny or cool to happen; instead, poor Clint just got harassed by a lunatic for 90 minutes before she met an untimely demise. But not before killing his maid. I wouldn’t recommend watching this movie with young kids. Also, I wouldn’t recommend letting your kids hold a remote control in a room by themselves until they’re about 15.

A Fistful of Dollars — “Get Three Coffins Ready”

Jonah Keri: I very nearly quit Grantland after learning that the final two installments of Sergio Leone’s trilogy (variously called The Man with No Name or “Dollars” trilogy) couldn’t even grab a Cinderella seed in our Sequeltology bracket. A Fistful of Dollars is the one that really blows you away, though. Patterned after Akira Kurosawa’s amazing “Yojimbo,” Dollars plunks a mysterious stranger into a bleak Mexican border town. Eastwood takes it from there, delivering lines sparingly, pulling off complicated plots and elaborate escapes, and revealing himself to be the fastest gun in the (South)west.

In this scene, Eastwood’s nameless character confronts three bandits who’ve been terrorizing the town of San Miguel. Outmanned, outgunned, our man approaches, mad as hell. Grits his teeth, tiny stub of his cigar clenched. “I don’t think it’s nice, you laughin’. See, my mule don’t like people laughin’.” It’s crap-your-pants-level terrifying, with Eastwood summoning one of the most badass characters ever seen on the big screen. When Eastwood leaves this mortal coil, here’s hoping his tributes include the ordering of three coffins, not talking to chairs or quasi-trolling Moneyball.

Steven Hyden: I love Clint Eastwood like a deeply weathered, somewhat frightening, and weirdly eccentric uncle — I’m not blind to his faults, but I can’t bring myself to make fun of them, even when he makes it so, so easy. The thing I hated about his RNC speech is that it went against the grain of the last two decades of Eastwood’s career, which have largely been about deconstructing the mechanics of the most pulverizing masculine machine of the 20th century. Seeing him grunt and posture now like a walking jockstrap — essentially reassembling the old robot parts — just seems sad to me, like Haley Joel Osment at the end of A.I. I prefer the flesh-and-blood Eastwood of his greatest film, Unforgiven. The scene where he confesses the sins of a man who has killed dozens, if not hundreds, of people onscreen — known forever as the “We all have it comin’, kid” scene — might be his single greatest (non-chair-assisted) performance. It showed that when Eastwood communes with spirits only he can see, the results can be emotionally devastating rather than just embarrassing.

Mark Lisanti: 1988’s The Dead Pool is considered a minor entry in the Dirty Harry canon, and maybe that’s fair. It couldn’t feel more ’80s if it were written by Shane Black, scored by The Bangles, and got a Special Cocaine Edition home video release on a LaserDisc that featured guide marks for cutting perfect lines. But is that a bad thing? You have Guns N’ Roses sitting graveside, literally moments before they became the biggest band in the world. There’s a young Liam Neeson rocking a reedy half-brogue and a ponytail that could have opened for Wham!

And then there’s Clint, at the height of his casually menacing powers, decades from “Get off my lawn” gravel-spitting.

“Maybe I’ll start my own dead pool and put you on it.”
“You want to play the game, you better know the rules, love.”

You could do a lot worse picking out scenes for a Best of Eastwood highlight reel.

Sean Fennessey: Here is Clint Eastwood appearing in his one and only musical. He does his own singing. Really. In fact, he’d always been a singer. In 1962, he recorded Rawhide’s Clint Eastwood Sings Cowboy Favorites, a shockingly faithful simulacrum of mid-century country-and-western standards, despite his San Francisco upbringing. His singing voice back then had a lulling, loping quality — think Gomer Pyle feeling particularly frisky in the shower. (He’s still singing, though, um, not as well.) By 1969, after years of struggling to crack through, he had acquired some grit and capital in Hollywood. He’d starred on CBS’s long-running Rawhide. He broke the barrier to film with Leone’s Man With No Name trilogy. He made a not-bad American western, Hang ’em High; a crime flick, Coogan’s Bluff, with his future Dirty Harry helmer and mentor Don Siegel; and a rollicking World War II adventure picture, Where Eagles Dare, occasionally named by Quentin Tarantino as his favorite film ever. How he decided to make a mediocre Alan Jay Lerner musical is beyond me. And yet, here he is, singing “I Talk to the Trees,” dreams of Jean Seberg dancing through his head. It’s a weird movie, adapted for the screen by mad-genius screenwriter and playwright Paddy Chayefsky, released just as movie musicals completely faded from view, and co-starring a barrel-chested and frog-throated Lee Marvin. At 164 minutes, I can’t say I’d recommend it. But it’s nice that it exists.

Every Which Way But Loose

Molly Lambert: I knew Every Which Way But Loose as a punchline way before I saw it. Jokes about “Clint Eastwood and an ape” serve as cultural shorthand, mocking the dismal Hollywood production system that favors dumb high-concept ideas you can pitch in one sentence or less, the broader the better. Perhaps benefiting from low expectations, I ended up loving Every Which Way But Loose when I finally saw it on television late one night.

It is not only a comedic thriller about Clint Eastwood and an ape. It is a car-chase movie, a Los Angeles country-music movie, and a late ’70s New Hollywood B-movie classic. It features great supporting performances from Beverly D’Angelo, Ruth Gordon, and character actor Geoffrey Lewis (father of Juliette). There are songs by Charlie Rich and Eddie Rabbitt. And then of course there is the charismatic dusky orange orangutan, Clyde. You might think you’re above laughing at an orangutan flipping people off out of a truck and making fart noises with his mouth, but I promise you that you are not.

Clint Eastwood’s stoicism is actually a hilariously perfect foil for Clyde. Clint purses his lips, squints, and plays it completely straight. He takes the piss out of his “Man With No Name” character in his weirdest role since Paint Your Wagon. I’ve seen way worse buddy duos in movies with two humans. EWWBL is a sentimental favorite for me, as parts of it were shot in my hometown. There is a long sequence at legendary departed North Hollywood honky-tonk The Palomino Club, which once hosted acts like Johnny Cash, Buck Owens, Patsy Cline, The Flying Burrito Brothers, and Linda Ronstadt.

Everyone advised Eastwood against taking the movie and critics piled on to trash it, but Every Which Way But Loose was one of the top-grossing films of 1978, keeping elite company with Superman, Animal House, and Grease. It’s not hard to see when you watch it. The movie has a laconic charm that is much like Clint’s. It is a nouveau-Western and a shaggy-primate adventure story, anticipating the absurdist L.A. daylight noir of The Big Lebowski. Just you try not to laugh at Clint Eastwood and an ape.

Brian Phillips: OK, this is probably only the second- or third-best Eastwood Moment from Outlaw, behind (definitely) “dyin’ ain’t much of a livin’, boy” and (arguably) “you gonna pull those pistols or whistle Dixie?,” but there’s something so ur-Eastwood about it, so stripped-down essential of everything that made him such a fearsome presence: shadowy figure rides out of super-wide-screen sun like the beast that killed Lawrence of Arabia, only he’s brandishing a white flag, only the white flag is secretly strapped to the barrel of a shotgun so that when the quartet of dumb bandit-sadists rides out to parley with him he can lower the white flag and literally blast them to death through it, all while remaining totally silent, just a squinty avatar of doom, barely more than a silhouette with three days’ scruff. You think he cares about some frilly idea of white flags and honor? He’s not a good guy; it’s just that the rest of humanity is somehow even worse. The day I get control of Lucasfilm, this is how Han is taking down Greedo.

(Also the plot of Requiem for a Dream, if I’m not mistaken.)

Alex Pappademas: In the wake of the RNC debacle, this is now my second-favorite unintentional comedy about an old white racist who thinks he’s Clint Eastwood.

HBO Playing It Safe, Keeping It in the Family With New Pilot for James Gandolfini

Overplayed Song of the Week: Tyga, 'Make It Nasty'