Your Dingy First Look at Zack Snyder’s Superman: Turn On the Dark 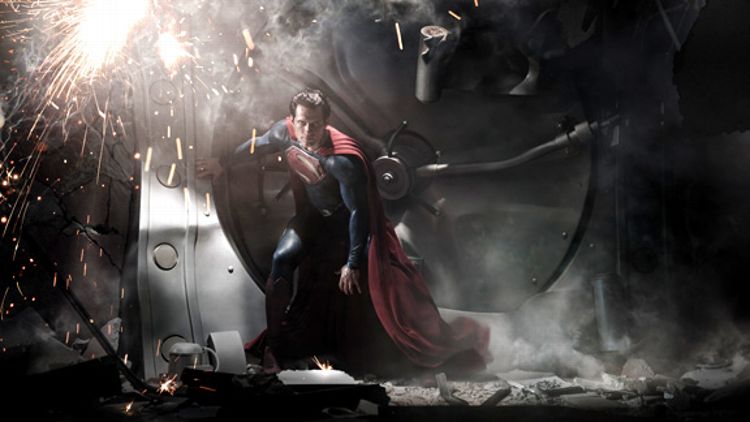 Man of Steel, Warner Brothers’ latest attempt at rebooting their Superman franchise, exists for one reason and one reason alone, and it isn’t because fauxteur par excellence Zack Snyder needed more money to buy soldier outfits for his doll collection. The truth is Warners stood to lose a large share of the rights to the last son of Krypton come 2013, so getting Henry Cavill in spandex became a greater priority than, oh, say, having a compelling story to tell. Luckily, broody genius Christopher Nolan was brought in as executive producer to sprinkle some of his critic-proof, money-minting angst dust on the proceedings. And judging from the just-released first photo of Cavill in those iconic blue (and now scaly?) pajamas, Nolan is certainly earning his gigantic paycheck. Step one in Nolanizing a movie? Lean on the dimmer! Judging from the photo this small step alone has definitely succeeded in making things darker — just probably not in the way anyone had intended. Still, what’s the point of waiting for white-balances when you have a legal obligation to duck? We look forward to squinting — in 3D! — when Man of Steel releases the summer after next.