Yo, Is This Racist? Oscar Analysis: How Many People Had to Approve Billy Crystal in Blackface? 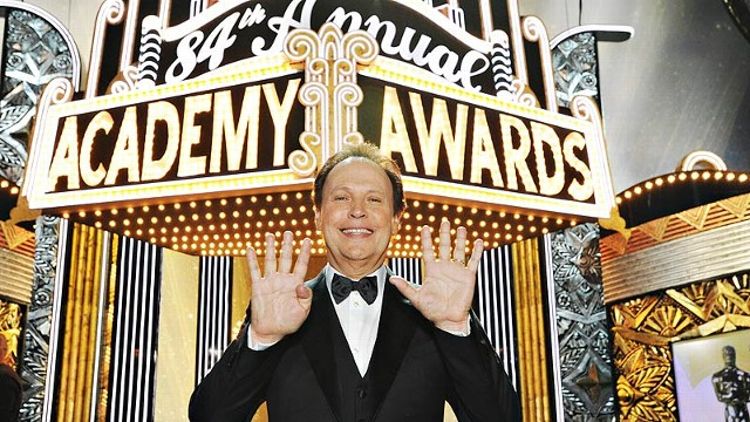 Oh boy. In a year where Hollywood was already on extra-thin (and OK, fine, mildly complex) ice with its adulation of the “Why won’t anyone think of the white people?” rewrite of history in The Help, the 84th Academy Awards were already going to be a bit of a potential racism minefield. But for that buildup, it’s almost impressive that the producers of the show came so correct in the opening minutes of the telecast, barely missing a beat before marching confidently into a cluster bomb no one in the audience even realized might be there, announcing confidently in the show’s opening montage, “For real, we might give a couple black people some Oscars tonight, but check this shit out: Billy Crystal in blackface.”

Last week, the L.A. Times published an investigation into the demographics of actual voters in the Academy of Motion Picture Arts and Sciences, which showed, to the surprise of no one, that Oscar voters are disproportionately white, to a hilarious degree (94 percent in their sample). While congratulations to Octavia Spencer are definitely in order, the list of black actors who have Oscars is way too short, and once you start counting how many of those Oscars have been won for portraying servants, things start to get pretty depressing really fast. So it’s safe to say that the Oscars have a pretty poor track record on race, even if most of the major crimes have taken place in the land of aggregate statistical underrepresentation, the soft reflections of societal stereotyping, and the default culture of whiteness that pervades all of Hollywood.

But show business is nothing without weapons-grade levels of confidence, and after freebasing what passes for racial tolerance by generously inviting the participants in The Help to the circle of nominees, the Oscars, possibly buoyed by having not just one, but two, black friends in Viola Davis and Octavia Spencer, vastly overplayed their hand by allowing Billy Crystal to trot out his Sammy Davis Jr. impersonation from the ’80s for a small bit. It would be remiss at this stage to miss pointing out that this joke also had the bonus of making absolutely no fucking sense at all. And they say Hollywood is out of ideas:

Now, Billy Crystal’s defenders (great phrase, doesn’t get said enough) will claim that this was harmless and in good fun, that it is a depiction of a specific person, that it isn’t the “classic” racist blackface, and, far and away most egregiously, that it was something that was funny. This is usually a good time to mention that a racist joke is not redeemed by being a funny joke — they almost never are anyway, since the stereotypes almost necessarily rely on a laziness that makes it almost impossible to create any original or interesting humor — but in this case, there is an element where the actual lack of humor matters. For Crystal to do this bit in blackface, at the exclusion of genuinely any sense, points to, in a Panglossianly benign interpretation of their motives, a world-class indifference to race at the very minimum.

But does this impression actually harm anyone? You’ll notice that lots of defenses of forms of blackface start to sound a lot like the arguments that white people use when they want to justify using the n-word. You know I don’t mean it in a racist way. My black friend said he didn’t mind. No one really cares about racism from the past; you need to get over it. All of these tend to stem from the idea that the best person to judge whether or not something is racist is the person who is actually doing the racist action. In this case, it’s a case where, oh, sure, blackface is an utterly dehumanizing tradition with a disgusting past, but don’t worry, Billy Crystal is here to assure you that all that ugliness is behind us, we’re definitely post-racism now.

So, Oscars, while it’s genuinely kind of amazing that this bit got by the several very powerful people who signed off on it, if it’s at all possible, don’t take this as merely a lesson in isolated PR damage control. It’s entirely possible that if you had more than 6 percent non-white people around to help you with this stuff, you could avoid doing pointless, racist shit like this.

Filed Under: Billy Crystal, Octavia Spencer, Oscars, Racism, The Help, Viola Davis, Yo Is This Racist?