Crazy, But in a Good Way: The Irrational High of the Argentine Smash ‘Wild Tales’ 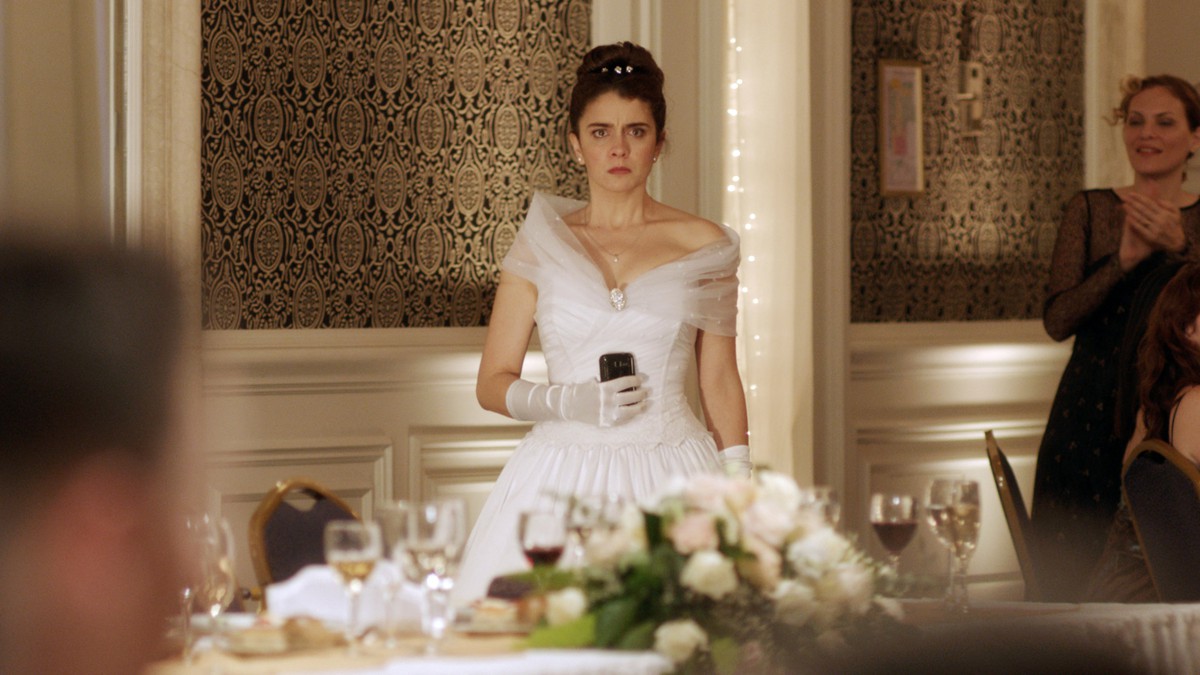 Oscar voters had their work cut out for them this year. The foreign-language category featured four excellent tragedies and one decent one (Zaza Urushadze’s Tangerines, from Estonia). The magnificent Polish entry (Pawel Pawlikowski’s Ida) was the winner. But only one film’s epic absurdity tries to cut through the grimness of its country’s national mood; only one begins in disaster and makes a tragicomic dismount. Damián Szifrón’s Wild Tales was the most scathingly funny movie I saw last year, and I doubt another film will surpass it in 2015.

Szifrón applies the violence of comic scuzz-thrillers to a thinly veiled political satire of Argentina. Told in six separate chapters, each built around a different asshole, the film operates in a prolonged state of keyed-up lunacy. By the time the film ends — with one of the movies’ great wedding fiascos — Szifrón has maintained a panoramic, perfectly acted view of psychosis born of entitlement, trauma, greed, exasperation, corruption, and romantic jealousy. He means it as a biopsy of the Argentine character. The test results are positive: social cancer.

Wild Tales storms out of the gates. Not even 40 minutes have passed before the body count has reached a few dozen. In the second chapter, a waitress (Julieta Zylberberg) recognizes the man (César Bordón) who’s just sat down as the criminal who ruined her family. Before she can fall to pieces, the cook — Rita Cortese, as a grim Botero painting of a woman — plunks down a canister of poison. This episode isn’t as clever as the other five. It’s mean. But even when the movie is just hot for revenge, it’s funny, in part because Szifrón understands how to shoot physical comedy (witness the two machos having a masterpiece roadside brawl), in part because he’s stacked the moral deck so high against the guy in the diner (he’s running for mayor!) that the violence against him feels almost worth the legal repercussions.

The fourth, deftly unfurled chapter has Ricardo Darín as a fed-up engineer who, after his car is towed (arguably in error), loses his cool, then his job, his family, and his mind. However, he does find the support of most of Buenos Aires, which turns the character into a folk hero for committing acts against the state that only a star of Darín’s magnitude and rectitude could get away with. Only in the fifth chapter, in which an affluent family tries to cover up a murder by hiring a scapegoat, does the moral gravity threaten to exceed Szifrón’s grasp. It ends with a blunt, brutal shrug.

This was the no. 1 movie in Argentina last year (Sony Pictures Classics released the film in the U.S. last week). Lots of movies from Argentina are about Argentina. Watching Szifrón’s, you get the sense it’s among the most ruthless. The ironies and corruption here form a tangent with an actual scandal involving the suspicious death, a month ago, of the prosecutor Alberto Nisman, who accused President Cristina Fernández de Kirchner and Argentine officials of hiding a deal to protect Iran from blame in the 1994 bombing that killed 85 people at a Buenos Aires Jewish community center. Nothing in Wild Tales reaches that level of tragic scandal. It just sets a buffet-style expectation of systemic malfeasance, delusion, and insanity: It’s all you can cheat. The movie feels ripped from the headlines — and not necessarily The Onion’s.

The movie has received a mixed critical response, especially compared to the other nominees for Best Foreign Language Film. Some of that has to do with its discrete structure and playfulness. Szifrón makes tragedy look easy because that’s an illusion that comedy fosters. Mockery is a component of Abderrahmane Sissako’s Timbuktu, from Mauritania, in which the Boko Haram–like terrorists are presented as the hypocrites, but Sissako is too serious a filmmaker and too much of a poet — and perhaps he’s working in a political climate ill-equipped for his brand of solemn humor (please see his very best film, Bamako) — to revel in broad farce. Meanwhile, Andrey Zvyagintsev could have chosen to treat Leviathan, his big, novelistic indictment of a soul-crushing Russia, as an occasion for comedy. As it is, the film’s depiction of corrupt local government is funny because it feels personally true. Zvyagintsev appreciates farce as a natural outgrowth of an institutional crisis. Exclamation points are unnecessary. His artistic challenge is to make the crisis emotionally devastating, and for the most part, in his peculiarly elliptical way, he does. (Pawlikowski’s Ida strikes a more liberal alignment between the droll and the profoundly dolorous — and does so beautifully from a fresh vantage on the Holocaust.)

Sissako and Zvyagintsev are two filmmakers who can’t afford to go sticking dynamite wherever they please. The constraints upon those two filmmakers and their brilliant circumnavigation of them implies a luxury of recklessness on Szifrón’s part. At 39, he’s young but knows precisely what he’s up to. In his exhilarating formula, karma and free will culminate in irony. The high energy is what puts Wild Tales a neighborhood over from Timbuktu and Leviathan. Szifrón is working with dynamite, and you watch his movie in suspense over whether it will blow up in his face.

I miss this kind of big, pointed satirical farce that crops up in American movies from time to time — in Network, Tootsie, and Citizen Ruth, in even bad Mel Brooks. That’s something else that’s migrated almost exclusively to other formats in American visual storytelling. Shows like Veep, Banshee, Orange Is the New Black, and Curb Your Enthusiasm pull this off eight to 12 episodes at a time.

Another unpersuasive knock against Wild Tales is its evident commercial appeal. It plays like a collection of genre films. Even that rousing wedding — in which, as the bride, Érica Rivas makes a case for global comic stardom — is like a sex thriller off its medication. A bit of Luis Buñuel’s anti-bourgeois torture-artist lurks in Szifrón. So does Quentin Tarantino’s love of lurid screwball mania. But Szifrón is special. Tarantino just wants to take you to his giddy, genre-bound video-store fun house. Szifrón can go further and leave you somewhere scarier. He can take you to the Twilight Zone.