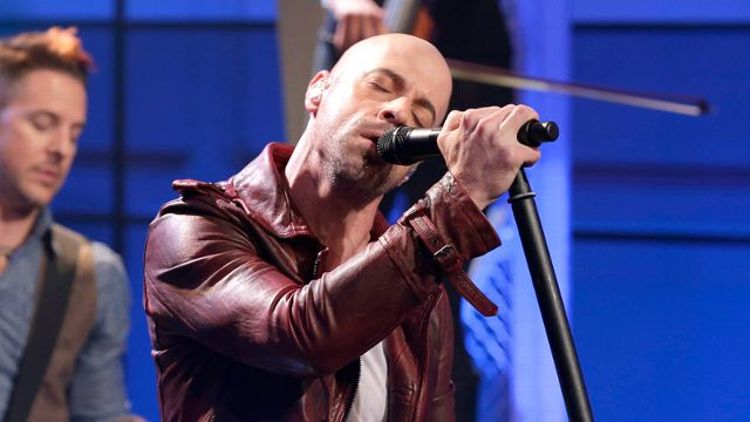 For those who don’t know: I write a semi-regular column for Grantland called “Escape From Pop Purgatory” where I review albums by well-known (or at least once well-known) artists and bands. If you vaguely remember seeing stories about Hanson, Starship, and/or Stryper on the site this year, it was because of me. (You’re welcome.) I always go into each album with good intentions. It is my sincere belief that the music press arbitrarily focuses on a tiny sliver of preordained “hip” artists, and that this sometimes comes at the expense of veterans with sizable audiences who are classified (not unfairly but nevertheless dismissively) as passé. I’m always glad when I end up liking a record I didn’t expect to be good. Discovering that the new Queensrÿche album recorded without Geoff Tate is surprisingly worthwhile was at least as gratifying as delving into, say, Random Access Memories.

However, most of the time I get stuck covering a shitty record.

I bring this up only to qualify myself as a judge for the worst song of 2013. I did a lot of trawling through the muck of record releases this year. And after nearly 12 months of subjecting my ears to some truly baffling bullcrap, I thought I had successfully scraped rock bottom. Surely, I thought, nothing could be as terrible as Scott Stapp’s “Jesus Was a Rock Star.” Here was a song where the singer from Creed quite clearly likened himself to the King of Kings. Boom, that’s it, worst-ness confirmed, end of story. Then, last week, because I am nothing if not thorough, I decided to check out Baptized, the new record by the Bush to Creed’s Pearl Jam, Daughtry. And I’m glad I did, because I almost missed out on finding 2013’s true worst song.

It’s called “Long Live Rock and Roll,” and if seeing the words “Daughtry,” “Long,” Live,” and “Rock and Roll” in succession isn’t enough to scare you off, I implore you not to press play on the YouTube clip above. I merely posted it to corroborate the song’s existence. But it should not be heard. This sort of profound awfulness demands respect. We’re talking about the beast here. Please keep your distance.

I know strong cases have been made for other songs being the worst of 2013. But the fatal flaw in those arguments is that they aren’t talking about Daughtry’s “Long Live Rock and Roll.” I have three problems with this track, which I’ve listed in descending order of importance:

1. It takes a lot of gall to write a song paying tribute to “big guitars and music for the soul” when you have no intention of delivering either. “Long Live Rock and Roll” sounds like it could’ve been written for Rock of Ages, only it would’ve prevented Rock of Ages, because all involved would’ve finally experienced shame. Maybe Daughtry is trolling us — why title your spritely attempt at “Hey!” folk “Long Live Rock and Roll” unless you’re in fact mocking the idea that the fourth Daughtry album is the last line of defense against rock’s obsolescence? Do not taunt rock’s corpse, Daughtry.

2. Puns! There is a surfeit of witless classic-rock wordplay in this song. Take this line: “Got my first taste, on a Seger 45 / and since that Kiss I rocked out / All day and partied every night.” Daughtry takes it upon himself to misquote the one Kiss lyric everybody knows — the one about rocking all night and partying every day — just so he can rhyme “45” with “night.” I’m not saying Kiss is Shakespeare, but Daughtry want us to think Kiss is Shakespeare, which makes this textual breach even more annoying. Another thing Daughtry does not respect: metaphors. “Now we’ll never stop believing / that’s the Journey of our lives / so won’t you help me ‘Pour Some Sugar’ on these memories tonight.” People who have heard music will recognize the clever Journey/“Don’t Stop Believin’” reference, and they will also be confused by how the Def Leppard song title is applied. “Pour Some Sugar on Me” is commonly understood to be a euphemism for sex, which means Daughtry is suggesting that you help him fuck his own dreams. I will not, sir!

3. Daughtry has beefs! While ostensibly celebrating rock and roll in a folky, jokey manner, he also has scores to settle. First up: Sammy Hagar. “We still can’t believe Van Halen / turned into Van Hagar.” Look, I know “Van Hagar” is an easy target, but Daughtry shouldn’t act like he doesn’t own OU812 on cassette. Then there’s this veiled shot at Courtney Love: “We still wonder if Kurt really wrote the song she sang in Hole.” Still too soon, bro. If the New Radicals couldn’t take down Courtney, I don’t know why Daughtry would bother.