What Does Lopez Tonight’s Cancellation Mean For Conan? 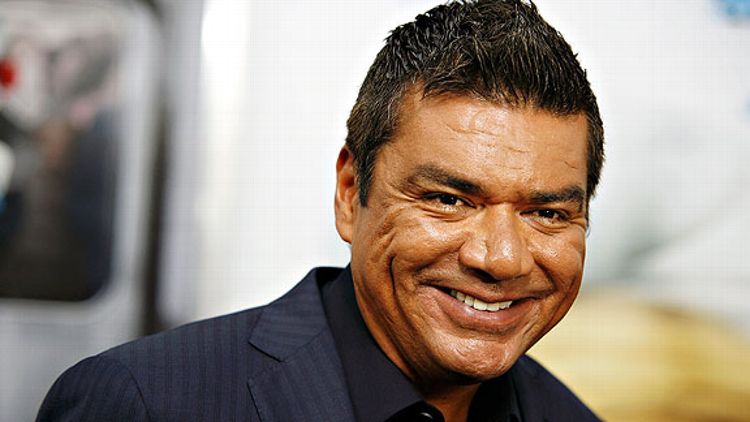 Here is the no. 1 reason why TBS canceled Lopez Tonight: Nobody watched it. OK, that’s an exaggeration, but not by much: Recently the show was pulling in a mere 400,000 viewers a night — or, as those in the biz call it, a “Cleveland.” Even worse, the two-year-old talk show managed only a 0.2 rating among the 18- to 49-year-olds who are legally required to be referred to as “coveted” (and, most likely, aren’t just people who fell asleep during reruns of Seinfeld and left the flat screen humming).

So it’s probably not worth digging too deep here in search of conspiracy theories. It’s unfortunate that Lopez and Mo’Nique both lost their talk shows in the same week — leaving the late-night landscape whiter than Conan O’Brien in a leaky pasteurization plant — but it’s also an unfortunate coincidence. No one could survive ratings that low. Sometimes a Hollywood cigar is just a cigar — even when it happens to be a generally unfunny cigar floating in an unattended pool.

No, the more interesting figure to watch is, as ever, the tall redhead in the corner. Initially pitched as some kind of cross-demographic dream team, Conan and Lopez were always the oddest couple in late night. To make matters weirder, the announcement of Conan’s surprise landing at TBS last year — a move that pushed Lopez Tonight to the less promising midnight hour; call it Lopez Tomorrow — was larded with quotes from Lopez himself claiming that he “personally” lobbied Conan to come and upstage him. In hindsight, these quotes deserve their own episode of the B.S. Report, and we’re not talking about our boss’ podcast. Today, Deadline’s Nellie Andreeva — in a scoop sure to rile Bill Carter, usually the Nastradamus of the talk-show racket — reported that Lopez was actually in danger of being canned outright when big red arrived, but Don Conan granted Team Loco an extra year, thus saving him the ire of 400,000 people we’ve never met.

Now Conan is all alone at 11 p.m. with declining ratings (he’s averaging about 700,000 before DVRs are taken into account, which is also known as an “El Paso”) and surging Twitter followers (up to 3.6 million and counting!) — exactly the sort of semisuccessful situation that won’t get him canceled in the fractured, specialized media landscape of 2011. Which is great! But it’s also a bit of a muddle. While Conan continues to dutifully produce a mainstream talk show, he’s doing it for an increasingly niche audience. With Lopez Tonight euthanized, the time is ripe for TBS to turn their attention to their less critical patient.

Some wiser heads have suggested that this will allow TBS to perform subtle surgery on their lineup without ruffling any feathers — perhaps shifting Conan to 11:30 to avoid the hipster logjam with The Daily Show and scheduling a rerun of The Office to serve as a more appealing (and comically consistent) lead-in. Another option might be to go all-in with the string-dancing horse they’ve still got. Right now Conan is an island of arch absurdism on a network mostly populated — for now! — with Tyler Perry sitcoms and syndicated ephemera. If given the opportunity, it’s possible to imagine Conan serving as the Hong Kong to TBS’ stodgy China (or, if you like, the invasive bird flu to the network’s weak and sniffly Gwyneth Paltrow), bringing his still-sharp sensibility (and killer rolodex) to the neighboring time slots. For example, might we suggest giving Marc Maron the midnight gig? Thanks to his insightful, confrontational podcast he’s already Generation Z’s Tom Snyder, only popping Xanax instead of lighting Pall Malls. Together, he and Conan would be formidable — the wacky party paired with the self-doubting morning after. Or perhaps Conan could call his old pal Robert Smigel and have him bring his dirty puppets out of cold storage. Smigel (along with the otherwise engaged Louis C.K.) was responsible for the heady lunacy of Conan’s early days on Late Night and there are worse things to build a brand around than Triumph.

TBS could position itself as the headquarters for comedy nerds, a haven for the Spike Ferestens and Dino Stamatopolii of the world, those unhandsome geniuses who fill up the credits of your favorite, funniest programs and could always use an outlet for their more outré ideas. (It’s a strategy currently being pursued by IFC, a network with less coverage yet, somehow, a better sense of self-identity than those “Very Funny” folks at Turner.)

Because if there’s one thing that’s proven to work in late-night television these days it’s audience specialization. Think: Comedy Central with political junkies, Jimmy Fallon with balding indie rockers, or Leno with your dozing grandmother. Whacking Lopez might have been a financial necessity, but it could also be just the creative break TBS needs to establish itself as a player in the lucrative insomniac market. They’d just better hurry — the Coco is cooling quickly.