We Watch Diddy and Mariah Carey ‘Plot Your Escape’ 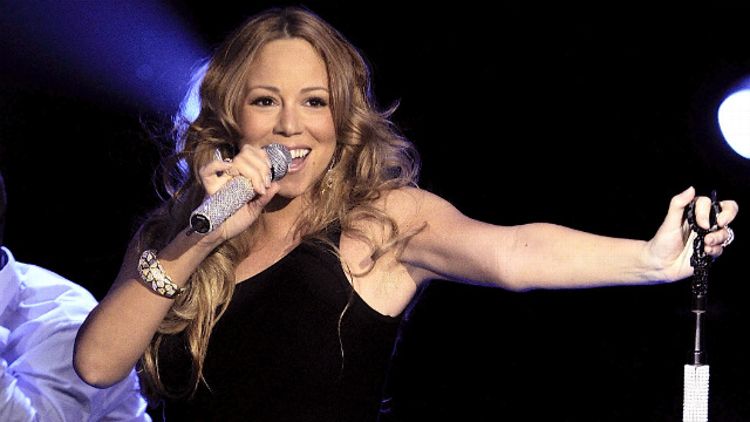 Never in my 12-year concert-going career (Miseducation Tour-present) had I been less prepared for what was to come than I was last night. Not one to ask too many questions, all I knew upon arriving at Gotham Hall in midtown Manhattan was that I was about to see a Mariah Carey concert. As someone who can trace the sudden onset of his puberty to Ms. Carey on a tire swing, this was enough for me to cancel all other plans and show up for the festivities. Upon arriving, however, I knew something wasn’t quite right: Why were so many people immaculately dressed up? Why was there a red carpet outside? Why the commotion? Was Diddy here or something? I was thoroughly confused and hadn’t even stepped inside yet.

And then I stepped inside. This was not just a Mariah concert. I had just stumbled into Divas Live 2012.

Well, not officially, but after finding out the nature of this spectacle, it might as well have been.

Oh, and one more thing:

The format of the event, since all four concerts were taking place simultaneously: Each city hosted its two acts live, but in between the performances, the other cities’ concerts played via the very large screen above the stage. A quick recap of those sets:

Celine Dion: Magnificent. She truly looks 80 years younger than she actually is. When she sang “My Heart Will Go On” (in Vegas, I remind you), the entire crowd (in New York) was belting along, doing their best “Jack and Rose at the nose of the ship” impression. A moment.

Gavin DeGraw: I didn’t pay any attention, because my group of onlookers was too confused about how he got the invite. I’ll assume his set was horrible.

Lil Wayne: He wore a full cheetah jumpsuit. That’s all you need to know.

Cee Lo: He wore purple pants. That’s also all you need to know.

Mary J. Blige: Still on a hot streak from the All-Star Game. She’s my Queen, you’ll never hear anything bad come out of my mouth about her.

Maroon 5: There’s nothing like the moment when everyone around you pretends like they hate “Moves Like Jagger,” but two minutes in, they’re all dancing while texting.

Sara Bareilles: She’s great, but she’s no diva. Celine, Mary, Mariah — these are divas. Learn from Alicia and get out from behind that piano every now and then.

Here’s the thing, though. NONE OF THIS MATTERS. Strike it from your memory, I’m so serious right now. None of the other cities had a prayer of approaching what took place in New York City:

Initially, I thought about comparing the two, discussing the question of “Who’s the biggest diva?” (which you might think is easily Mariah, but you’d be very wrong), then remembered that not everything has to be a competition. This was a celebration of the diva craft, with two of the ideology’s pioneers, both approaching the completion of two decades in the spotlight. This was about to be a magical evening.

The thing about Sean Combs, a microphone, and a stage is that the alter ego he presents at any given time fully depends on which flavor of Ciroc he’s trying to push that week. It could be Shiny Suit Puffy, constantly reminding you of his early catalog, it could be Dance Dance Revolution Diddy, cranking out one up-tempo hit after another, or, sadly, it could be that thing he calls Diddy Dirty Money, slowly force-feeding you the music he’s made in the last five years. Because Caesars undoubtedly gave him millions of dollars in poker chips (and allowed him to make Ciroc the most prominent liquor in the venue), he displayed the entire spectrum of his personality, and the result was an unbelievable show.

Before he started that show, however, he did the most Diddy Diva thing ever. As he walked out onstage, he talked about all the hits he had, and then barked at the DJ to start playing them.

I know. Not a Diddy hit. But Diddy don’t care.

Another classic not-Diddy hit. But again, Diddy doesn’t know that.

Diddy is shuffling. Please, no one ever tell him that he isn’t LMFAO.

Once he got these timeless classics out of the way, he alerted all of us that he wanted to get into more hits. And like that, the joy that is the Sean Combs Career Medley began. Never forget how much music this man has made and, more important, how much these songs probably mean to you.

After these tracks, a few others, and a few shout-outs to the Knicks and the Mob Wives in the audience, like clockwork, it was Biggie medley time. He led into “Mo Money, Mo Problems” with an all-out “I’m Coming Out” minute, which gave Diddy a lot of Diddy time to Diddy dance. Once he went from “Mo Money, Mo Problems” into “One More Chance (Remix),” we (the crowd) were almost worshiping the deity some call Sean. And then there was “Juicy,” which became “Hypnotize,” which ultimately became “I’ll Be Missing You.” It’s at this moment that I realized how phenomenal a set this was. Even though he played some Diddy Dirty Money song after “I’ll Be Missing You,” in my mind that was the end of his set, and he walked offstage, hand in hand with Sting, 112, Faith Evans, and an entire gospel choir. Once I got through that five-minute daydream, I remembered Diddy was the opening act. For Mariah Carey.

I don’t think there’s any way to prepare yourself for seeing Mariah Carey in person for the first time. I knew all day that I would see her, and even as her shadow hit the stage, signaling she wasn’t too far behind, I wasn’t ready. I must have blacked out for three seconds, because when I came to, she was at the front of the stage, looking like the (slightly older) goddess that she is. Once she alerted the crowd that this was her first show since she had “dem babies,” I realized how awesome this show was about to be. Mariah Carey, mother of two and wife of Nick Cannon, had a lot to get off her chest and a lot to prove. She spent the next 45 minutes doing exactly that.

I’m a purist and love ’90s/early ’00s Mariah, but there’s no denying the phenomenon that was The Emancipation of Mimi. Yes, I wanted her to start off with “Love Takes Time,” but I couldn’t be mad at the first two songs being “It’s Like That” and “Shake It Off.” Once she finished “Shake It Off,” proving to the crowd that she could still sing, hit a run, and look great in a dress, it was officially time for her to let everyone know she hadn’t gotten any less diva.

Before jumping into the next song, a full pit crew came onstage to fix Mariah’s hair, touch up her lips, drape her in jewelry, and reapply makeup while she talked to the crowd. She attributed this to “stalling,” but we all knew that she just needed to remind everyone that she was still Slightly Cray Mariah. She jumped back into the hits with “Touch My Body” and “Obsessed,” and then asked the crowd if she could go back to some of her earlier work. This is always a major moment in a concert for the performer and the crowd. Mariah, fully understanding that we were waiting for “Always Be My Baby,” knew that when we heard the first notes, we would all die. And yes, we were more than eager to hear it, but also anxious to see if Mariah could still sing it like she used to. Luckily for everyone involved, all of the above took place, because the four minutes she performed that song could not have been more perfect. In my section, there was a lot of hugging, a lot of finger-waving with runs, some clapping, and, most important, a lot of belting along with Mariah.

This only got more intense when she followed that up with The Jackson 5’s “I’ll Be There.” While her original version was a duet with Trey Lorenz, this performance allowed the crowd to be a collective Lorenz. (And because Mariah was putting on such a show, everyone worked really hard to make sure that collective Lorenz sounded phenomenal.) After ending this tearjerker by whispering, “We miss you, Michael,” she went into her closer, “We Belong Together.”

WHEN YOU LEFT I LOST A PART OF ME
IT’S STILL SO HARD TO BELIEVE
COME BACK BABY, PLEASE
‘CAUSE WE BELONG TOGETHER

WHO I GON’ LEAN ON WHEN TIMES GET ROUGH
WHO’S GON’ TALK TO ME TILL THE SUN COMES UP
WHO’S GONNA TAKE YOUR PLACE, AIN’T NOBODY BETTER
OH, BABY BABY, WE BELONG TOGETHER

… is unbelievable. I honestly never thought she could do it. I am so glad I was wrong.

As she walked offstage, we all clapped and shouted, genuinely thanking her for gracing us with her presence. I rarely feel honored that someone would take time out of her life to perform a concert, but that’s how I felt after Mariah exited the stage.

And then she came back and did “Hero.”

Filed Under: Diddy, Divas, Mariah Carey, We Went there

Hollywood Prospectus Q&A: Andrew W.K. on Bloody Noses, His Pre-show Rituals, and the 10th Anniversary of 'I Get Wet'

We Found It on Netflix Instant: Stay Cool With Winona Ryder