Want to Know Some Stuff About Homeland’s Second Season? 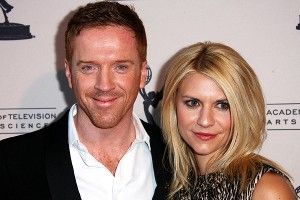 Homeland, the Showtime counterterrorism drama, had itself a very good first year. Co-signs came from as far and wide as the Golden Globes, the White House, and right here at Grantland; meanwhile, Claire Danes exorcised all My So-Called Life demons by proving she can play “endearing self-destructive nutbag” just about as well as anyone. All of which is to say: Are you excited about Homeland‘s second season, which kicks off September 30? Good! You should be. And on that note, here are some light spoilers from Homeland‘s Comic-Con panel.

As Deadline reports, Homeland‘s executive producer Howard Gordon showed a trailer and discussed the season, saying, “The first two episodes were shot in Israel,” the home of Hatufim, the show that Homeland is based on: “It got challenging in certain places, people weren’t happy we were there.” More to the point: Deadline says “The trailer showed Claire Danes’ Carrie Mathison character in a teaching position and no longer an active CIA agent after her bipolar breakdown at the end of last season … [it] also showed, among character talk of an Israeli attack on Iran and a street machine gun firefight, former captive Marine and closet Muslim Nicholas Brody now elected to the U.S. House of Representatives. The Brody character, played by Damian Lewis, is now also one of the closest advisors to the Vice-President he almost killed in an terrorist attack in season one.” (But what about Xander?! What is Xander up to?!!)

Anyway, this all sounds great, and I am psyched.