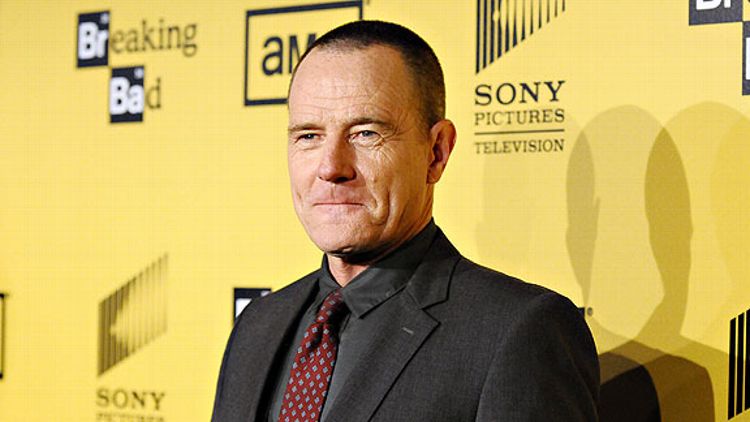 Following talk that renewal negotiations had turned tense and Sony was shopping Breaking Bad to other channels, it now looks like TV’s Best Show will stay put at AMC. The network has an offer on the table for one more 13-episode season, but indications are that the final deal will include 13 to 20 more episodes, possibly spread over two seasons. Are there even 20 more awful things left for Walter White to do? Pressure’s on, Vince Gilligan. Grade: A [Deadline]

Yesterday, Universal heroically backed out of plans for a movie version of board game Clue, one of seven Hasbro properties it once planned to adapt (the studio previously dropped Monopoly and Magic: The Gathering, but will still make Stretch Armstrong, Candy Land, Ouija, and next year’s Battleship). But worry not! Work on the movie will continue, with Hasbro paying development costs and director Gore Verbinski (Pirates of the Caribbean) still attached. Grade: B- [Deadline]

In case the two upcoming competing Snow White movies from Universal and Relativity don’t do it for you, Disney is readying its own version, The Order of the Seven, for which they’ve just hired a director: Michael Gracey, who’s mostly just done commercials. Grade: B [HR]

Kirstie Alley will star in The Manzanis, a new sitcom on ABC about an outspoken wife and mom whose family moves to a dull country-club town. The project is being described as “a new take on Roseanne,” just one with fewer grouchy poor people. Grade: B [Deadline]

Michael Rapaport will star as a “neurotic everyman” in Entourage creator Doug Ellin’s HBO comedy pilot 40, about a group of lifelong friends navigating life at age 40, which sounds like a new take on Entourage but with more grouchy poor people. Grade: B [Deadline]

Natasha Lyonne will join Kristin Wiig’s Imogene, about a playwright (Wiig) who fakes a suicide attempt to win back an ex-boyfriend (Darren Criss) but ends up in the custody of her gambling-addicted mom (Annette Bening). Lyonne will play a Jersey Shore boardwalk worker. Grade: B+ [Variety]

You Can Count on Me director Kenneth Lonergan‘s Margaret — a (purportedly great!) 9/11 parable about a girl who witnesses a fatal bus crash and insinuates herself into the lives of its survivors — will finally see release next month, after spending nearly five years in the editing room (the movie wrapped in 2005, but Lonergan was unable to cut the film to two hours, resulting in lawsuits and the recent intervention of Martin Scorsese). Margaret stars younger versions of Anna Paquin, Matt Damon, Mark Ruffalo, and Matthew Broderick. Grade: A- [Playlist]