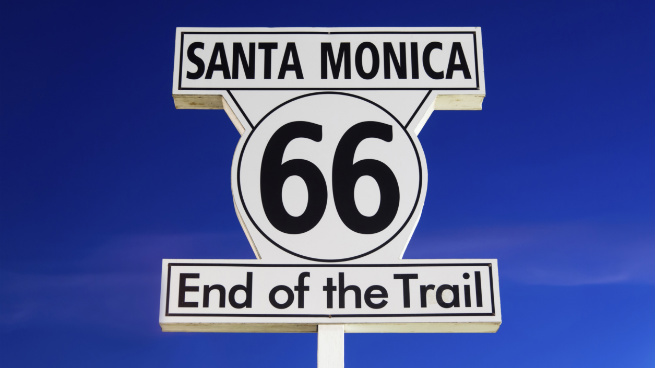 Most of what we know about True Detective’s second season is a one-sentence statement creator Nic Pizzolatto gave to HitFix nine days ago: “This is really early, but I’ll tell you (it’s about) hard women, bad men and the secret occult history of the United States transportation system.” On the one hand, this is a tough riddle: The USDOT is an umbrella under which fall 12 agencies, and Googling around for conspiracies and historic supernatural freeway headlines will lead you to boring and unrewarding destinations. On the other hand, well, at least one type of transportation has been recently rendered into an unappealing prospect, and occult theories relating to it abound. Travel has the capacity to make you vulnerable; there’s a certain trust you must possess as a passenger that creates a prime opportunity for someone to abuse it (and you). And if one of the strengths of True Detective’s first season was its ability to spawn conspiracy theories, well, why not capitalize on how well those marry with the government?

Another clue (a gossipy, unconfirmed one) informing the early second-season buzz is that Brad Pitt’s name has been circulating for a role. In an interview with BuzzFeed, Pizzolatto said “who we cast and what their schedule is will likely determine at least some part of scheduling, and scheduling will determine at least some part of casting.” According to the rumors, Pitt’s involvement would be contingent on his prior commitments — but who wouldn’t want to sign on for a high-profile project like True D? Pizzolatto also gave some insight into what kind of crimes could build on the momentum of Season 1, stating that plenty of conspiracies spring to mind if  “you’ve been reading about the last 40 years of Southern California government.” I haven’t, but I’ll do it now really fast and let you know what I find.

1974, Southern California. HMMMM. Route 66, the highway that can take partial blame for inspiring a slew of songs, including “Hotel California,” took a serious hit in 1974 after the disbanding of an association that touted itself as protecting the road’s role as “a linear village” connecting and promoting its nearby businesses. Route 66, a.k.a. “Mother Road,” “Will Rogers Highway,” and “Main Street of America,” totaled almost 2,500 miles between Chicago and Santa Monica, California, but was finally replaced by the faster, more convenient highway system in 1985. Route 66 is a historically inspirational highway, a road that epitomizes something America has lost and found. It’s easy to imagine it as something created and corrupted as part of a grander scheme, something nefarious.

Tess, you’re thinking, you’re crazy. You’re always coming up with these weird theories and posting them on the Internet, ruining everything for everyone. Look, I’m not saying this is what’s going to happen, I’m just leaving bread crumbs so you can tell me. I’m not trying to sway you, I’m just saying there’s something about Route 66 that gets people’s gears turning. John Steinbeck, for instance, who gave the route one of its nicknames (“Mother Road”) in The Grapes of Wrath, and the preservationists who protect its memory with museums, motels, and giant ketchup bottles. Some people see Tupac there, while others find ghosts. Could Route 66 have been built by Freemasons in order to send “masses of automobile riders into a self-processing occult ‘trip'”? I doubt that, not only because it’s a conspiracy dreamed up by a guy who thinks the Holocaust never happened, but because why would the Freemasons concoct something that sounds like so much fun? It sows a seed, though: One of the most prominent characters in True Detective was the landscape of Louisiana, and there is interesting topography everywhere on Route 66 (add an extra 6 to the Mother Road and you’ve got another story entirely), including California’s deserts and coasts. Where could the hard women and bad men be taking us, and what kinds of drugs would we get to ingest along the way?

As anyone who lives in Southern California knows, you need a car. This is probably traceable to the General Motors streetcar conspiracy, which is said to have killed or at least seriously maimed our railway system (and others) between 1936 and 1950. That’s too early to be relevant, but we can certainly add it to the pot with the ingredients we have on hand — could the government conspire with big business to force us onto a road that somehow fits into an occult agenda? We are completely at the mercy of the highway infrastructure, and even Saint Waze can’t save us. If there were one way to get at Southern Californians — to force them to risk their lives and sanity and get sucked into desert Carcosas — it would be to place any and all obstacles between our houses and our food, Targets, and workplaces. Satanic or supernatural corruption of our transportation system would basically make us into bugs on pins, squirming and desperate to get to our destinations but helpless to extricate ourselves from an overwhelming force. We’d be screwed.

So now you see yourself, planted in the passenger seat next to Woody Harrelson, staring out at the bayou and seeing spirals. They look almost like roundabouts, but also like desert tumbleweeds. Suddenly you glimpse it, the truth: a grand plan to force Californians onto the one road that will inevitably destroy them, sending them down a hallucinogenic path through their own worst nightmares. Why would these bad men named Brad Pitt and these hard women named, I dunno, maybe Melissa Leo or Kristin Scott Thomas force us to traverse this horrible path on our way to Trader Joe’s, which falls just outside your walkable radius? Because if we all go crazy, we can’t see that we’re being sacrificed at the wet-weather altar, obviously. It’s all coming together! I see it now!

On a factual note, Pizzolatto tweeted and deleted late last month that the second season might feature a woman as one of its main characters. He explained erasing the missive to BuzzFeed: “I deleted the tweet because I didn’t want to be beholden to a promise and then change my mind. I’m writing Season 2 right now, but I don’t want to divulge any potentialities, because so much could change. I just never want to create from a place of critical placation — that’s a dead zone. So I don’t want, for instance, a gender-bias-critique to influence what I do.” One way to feature a female character boldly in Season 2 would be to feature the Santa Muerte cult, the patron saint of which is “a kind of female grim reaper with a skull for a face,” perhaps in addition to a female detective or corrupt government insider. And just to add to the gender tension, Pizzolatto could consider creating a fictionalized Bohemian Grove — a group of “people of power” (all male, all Northern Californian) who convene yearly to play the piano, drink beer, and pee in the woods — just because of the “Druid tree worship” and constant boozing that tie in so well with the twig figures and Lone Stars of Season 1. Bohemian Grove is creepy and insular and secretive, with an owl statue voiced by Walter Cronkite used during “cremation ceremon[ies],” and its exclusivity would be the perfect setting for a character study — which, needless to say, is the beating heart of True Detective in the first place.

That’s also why trying to figure out where Season 2 will lead us is a fun, but ultimately fruitless, endeavor. It doesn’t matter what we uncover, because Pizzolatto’s execution of Season 1 was the real coup, not the plot’s particulars. Still, it’s hard not to try to follow the trail of bread crumbs, to allow yourself to get sucked in and engaged in the second season even before it starts. Season 1 didn’t set out to drive you to subreddits looking for answers; that was a result of meditating on a meticulously thought-out story delivered in increments, when so much of what we watch is available in binge format. It was so rich that it took on a life of its own, an online vitality that created a second story of viewer interaction and hypothesizing. We created our own companion piece, a collaborative effort of web trawls and deep-reads of sci-fi we’d never encountered before, and the way it sparked our imaginations was a testament to how much trust we’d placed in Pizzolatto himself to guide us toward our final destination (or entrust him to let others take the wheel). As Molly Lambert pointed out in her summary of the first season and its finale, this was a story about a journey, not a set of questions with corresponding and satisfying answers. What conclusions it offered couldn’t possibly satisfy the curiosity it had implanted in our collective consciousness, but it was never really about answers in the first place. One thing’s for sure: If next season is anything like the last, it’ll all be about the kicks we get on the way there, and the ones we scribble while we’re on the road.

Who Else Wants to Slap King Joffrey's Smug Face Right Off the Newsstand?