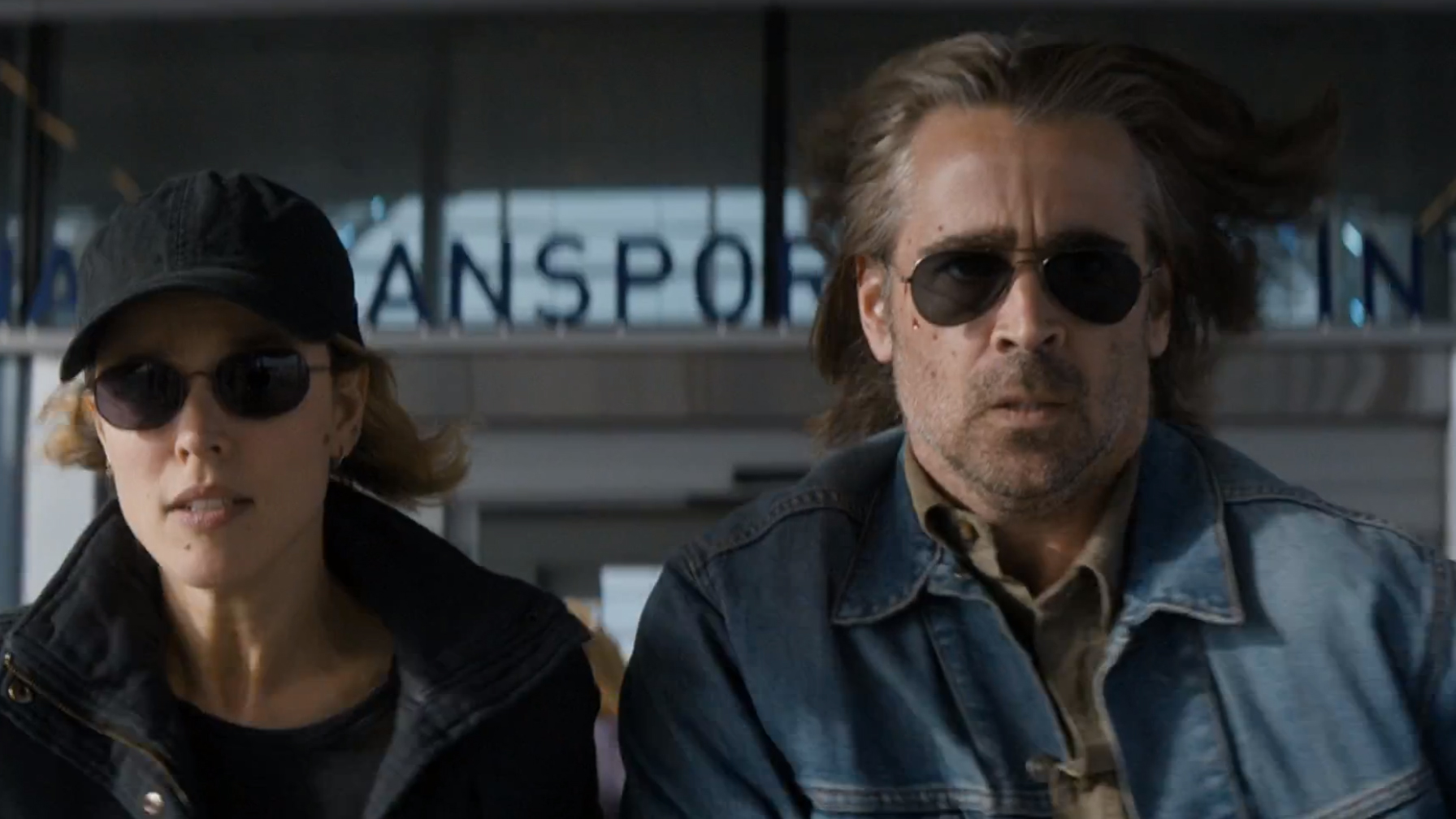 Here’s my case for the second season of True Detective. It was essentially about four people who were swallowed up by the world. They were neglected, abandoned, or abused children; kids whose only crime was being born. They grew up to be damaged, lonely, and occasionally cruel adults. They were brought together for what they thought, briefly, was a higher purpose — the pursuit of justice, which meant different things to each of them. Maybe they all saw this quest as a way of starting over or making up for what they had done, or what had been done to them. They had their reasons. But their union was really just another cosmic prank. They were all doomed, and in the end, the world — the desert, the forest, the ocean, the dark places underground — swallowed them back up. It was done with them, if it ever noticed them at all. 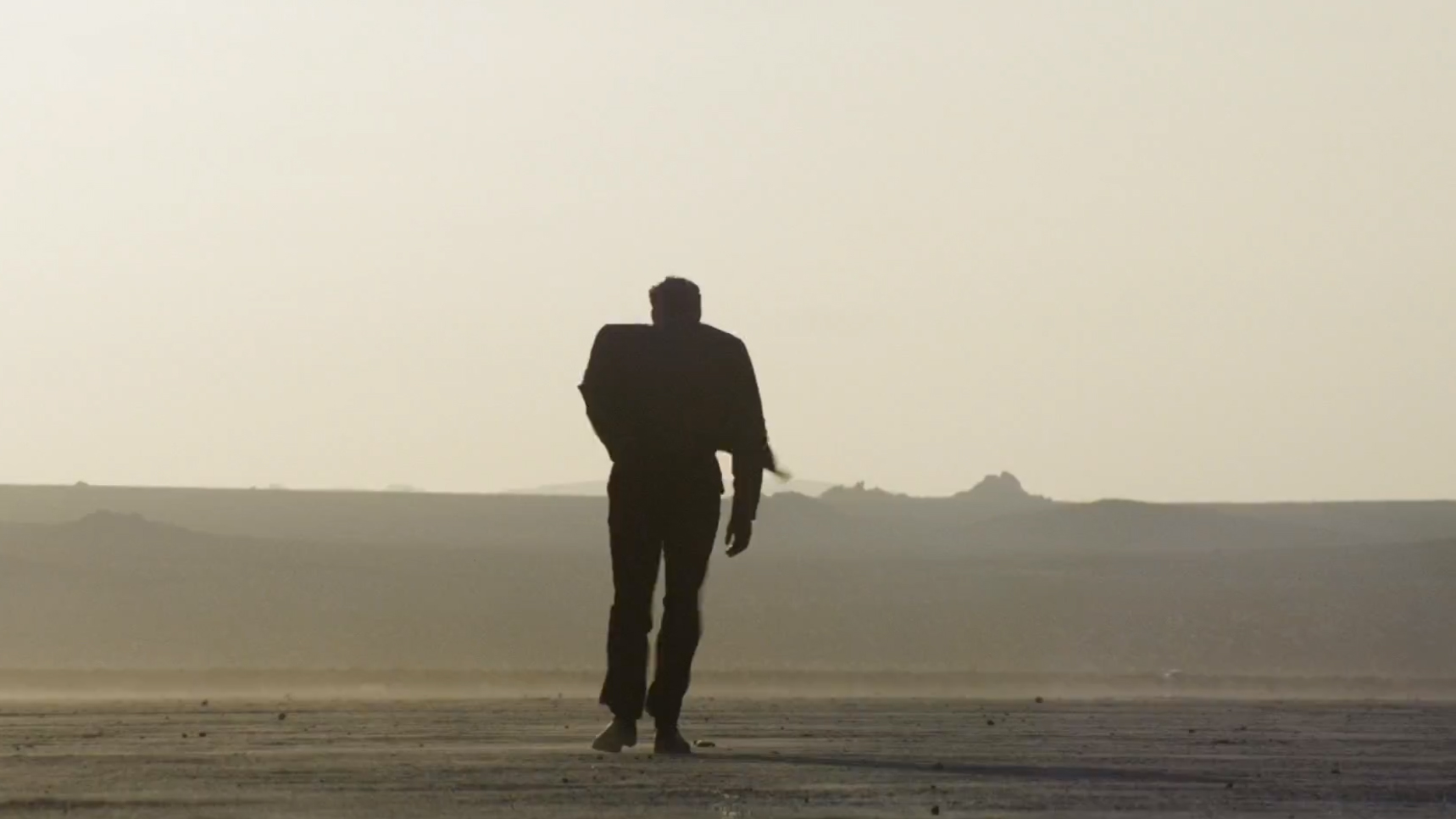 This season was about a closeted ex-soldier trying to outrun his past and the truth about himself, an abused little girl who becomes a knife-wielding sheriff’s deputy nearly incapable of receiving or giving human affection, an abandoned little boy who becomes a vice kingpin, and a good man who is corrupted by a terrible crime and becomes a criminal to cope with it. They all dreamed of escape: of getting back on a motorcycle, of raising children, despite what had been done to them in childhood; of boarding a boat and going to Venezuela; of escaping with a pocket full of diamonds; of meeting a woman in white, in a park, somewhere far away; of piecing everything together, uncovering a vast conspiracy, bringing guilty parties to justice, and clearing their own names. They dreamed of getting clear of it all.

These are the dreams of people who don’t know any better — the kind that never come true. When you’ve gone through trauma, your fantasies have to match the extremity of the pain with hope. Moving two towns over isn’t enough. It’s got to be somewhere far away.

And of course it didn’t work. The light at the end of the tunnel is just the world on fire. The truth is, their whole life was a dream: a dream they had inside of a locked room, of being a person. Most of them died trying to escape that room, trying to wake up from that dream. Even the ones that got away will never be the same. 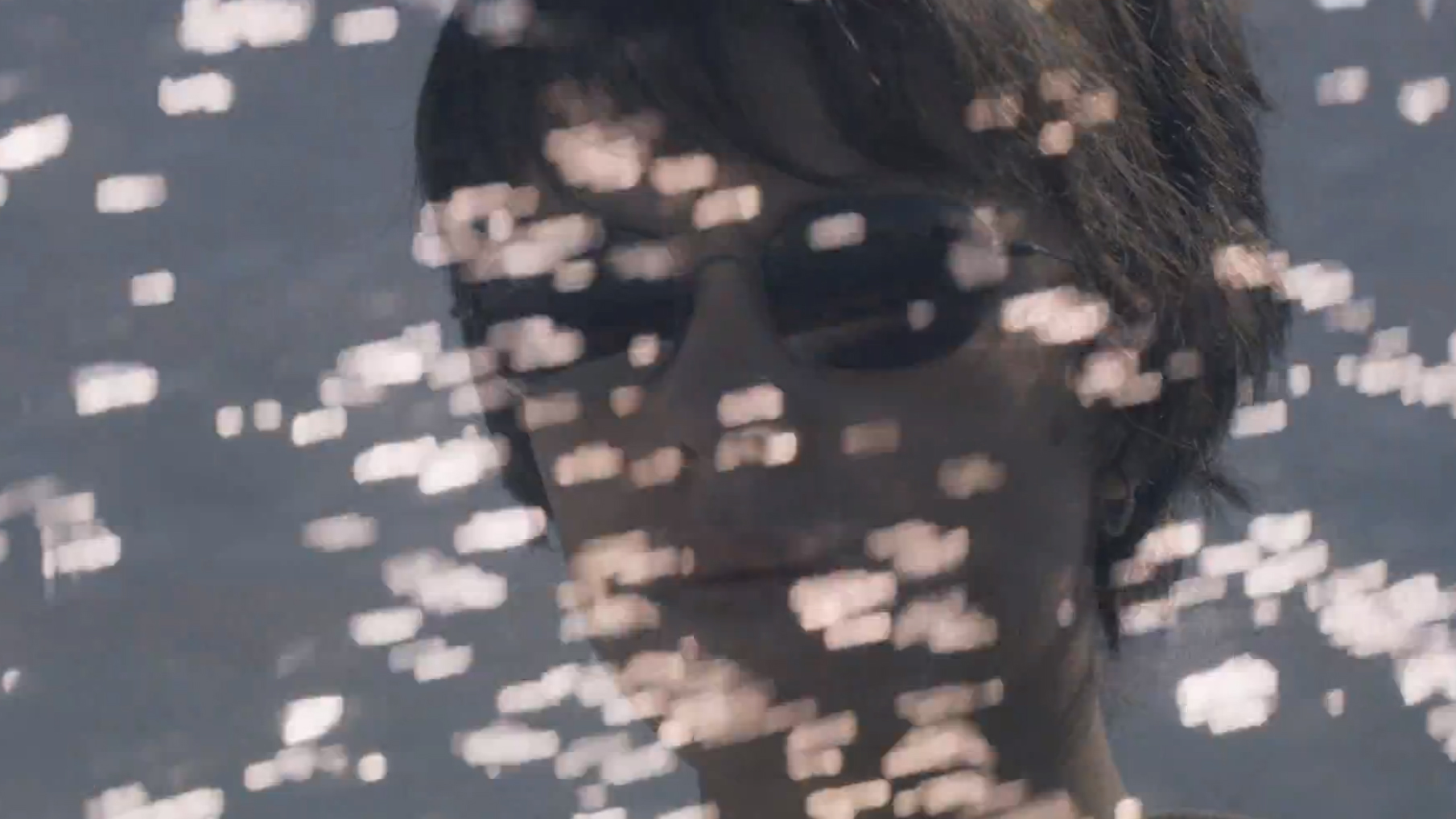 True Detective writer Nic Pizzolatto has a pretty clear worldview: The act of living is largely torture, and the only relief is found in the fleeting moments of camaraderie we have with our fellow sufferers — a night in a motel room, staring at the stars outside of a hospital. Sooner or later, the monster comes for us all. It came for Paul Woodrugh, Frank Semyon, and Ray Velcoro. Ani Bezzerides skated, but she can never go back to being herself, even if she wanted to. She’s got a child who will never know its father, and a traveling partner who talks like she’s been drinking dirty Sprite and watching Douglas Sirk movies. Seriously, can you imagine road-tripping with Jordan? Can the planet just be a little lonelier?

The defense rests. When the endless scenes of one person mumbling to another recede from memory, and I want to think fondly of these eight episodes, this is what I will think of. Broken shards of people, swept away into the dust and dirt of California. 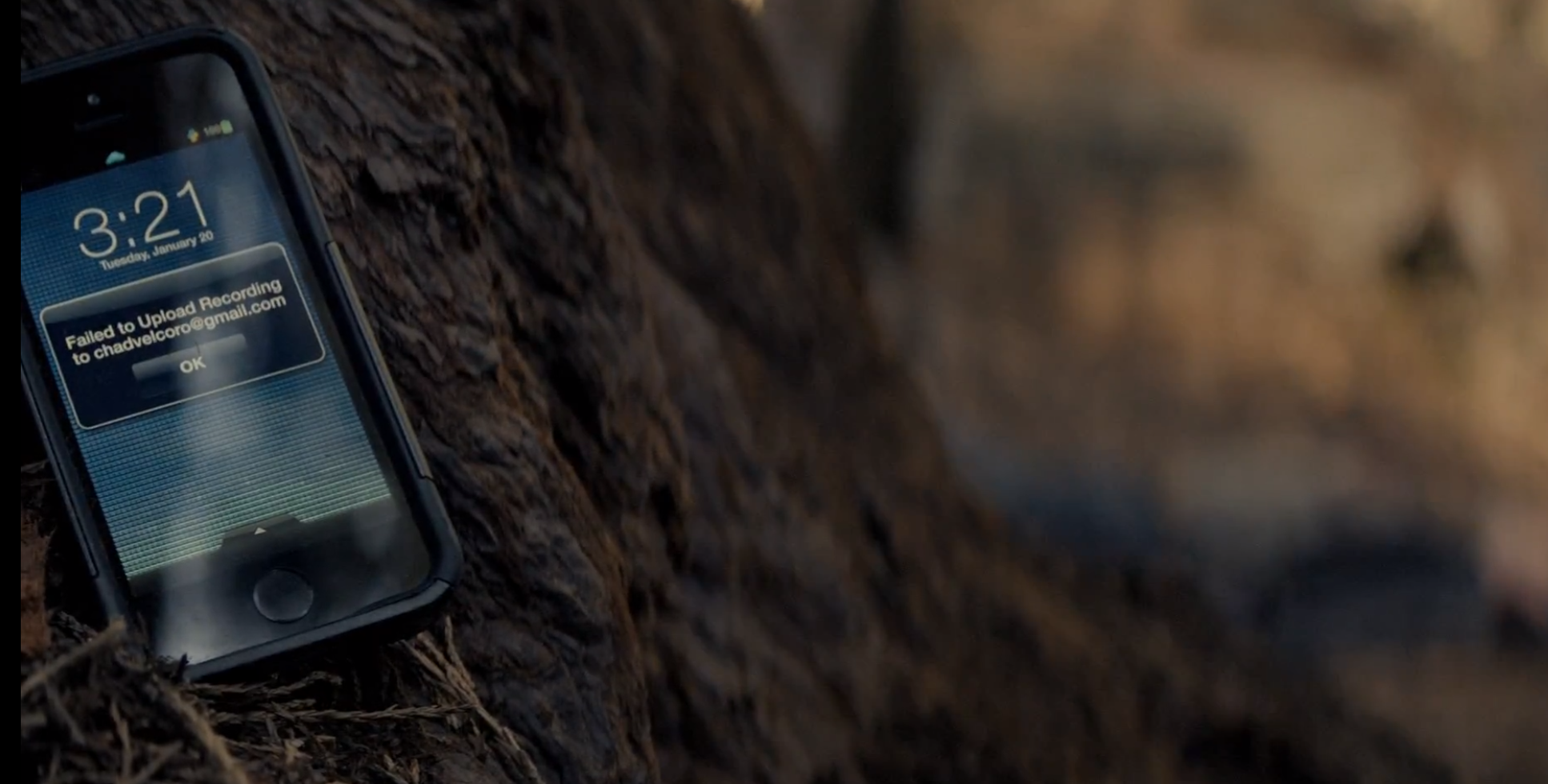 There was no exhilaration in any of the last two or three episodes’ info dumps. There was no sense of justice when Ani delivers the whole sordid tale — the vast conspiracy of shadowy conglomerates, local and state officials, various arms of the law, the Russian mob, Mexican cartels, presumptive governors, toxic waste dumping, and L.A.-riot-era diamond heists — to the Los Angeles Times reporter who was once beat up by one of the story’s main characters. I didn’t feel any ache for Frank and Jordan as they role-played being angry at one another, throwing their dumb rings out the stupid door and having several more minutes of their moronic conversation about designs and babies and gray and us. I didn’t even really blink when the second and third of the four main characters of this show were killed.

This was the main issue of this show. Not the how, but the why. Clarity is an overrated component of storytelling. James Ellroy’s The Big Nowhere, Raymond Chandler’s The Big Sleep, and David Peace’s Nineteen Seventy-Seven are three of my favorite crime novels, and I don’t think I could explain their plots with a gun to my head.

What matters in crime fiction is feeling. It’s attitude, atmosphere, dialogue, mood. It’s the idea of one or more individuals going up against institutions of great power. It’s the idea that the underworld exists, right in front of you, all the time, and you just have to look.

For all the smoky bars, midcentury modern houses, poker rooms, and trips up north, True Detective’s second season had no sense of place. Somehow they set a crime show in Los Angeles and made Los Angeles seem boring. This was a failure of writing, which relied too often on telling and not showing, and it was a failure of the revolving door of directors behind the camera.

Everyone who helmed an episode this season was more than competent,1 but competent is not good enough for this show. The setups for most of the scenes this season were not that different from last season: two people, somewhere, talking a lot. But look at how Cary Fukunaga handled that kind of scenario.

Look at how the main characters fall into the background over the course of the conversation: the camera is curious, the camera wants to show us a world, not just tell us about it. The second season lacked that curiosity. It lacked a sense of place. Where did these people eat? What did they do when they weren’t doing cocaine, listening to the New York Dolls, and destroying model plane collections?

The only scene from last night that had last season’s curiosity was the train station shootout between Ray and Ani and Burris and Holloway. 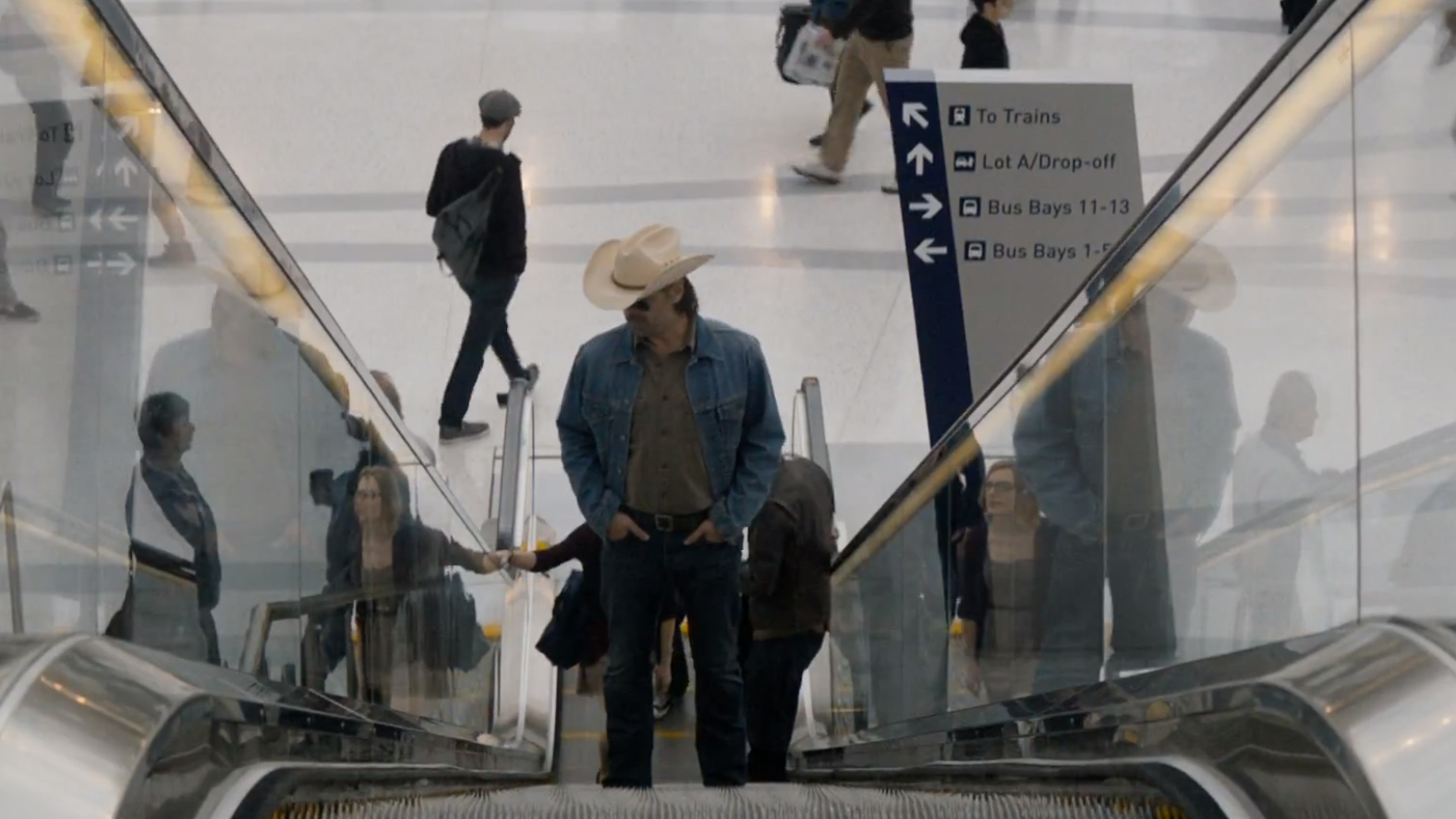 The Anaheim station was bright and gleaming, unlike almost every other scene this season. Ray’s hat was somehow cool, and a hilariously conspicuous thing to wear to a clandestine meeting. It felt like a different show, even if we had already arrived at the point where all the characters were speaking nothing but chunks of plot synopsis. I wanted to spend time in this world.

Instead we quickly plunged back into the flat circle of questions with unsatisfying answers. Why did Ray drive into the redwood forest? Why did Jordan meet Frank at Union Station and then act surprised when he told her she had to leave town? Did anyone go pick up those rings? Are Paul’s girlfriend and mom still in that hotel room? What’s on television? Did this criminal conspiracy to buy and sell land parcels off the Central Coast rail line really hinge on a cash handoff in the middle of the woods? Does anyone care who Chad’s father is? And while we’re talking about Chad, how does he explain the glass-encased police badge he brings to Dungeons & Dragons games? CHAD!

You know things have gone south when you don’t even care enough to find the answers. Did you get sad when Ray or Frank bought it? Were you relieved that Ani got away? Were you happy when Osip and McCandless got theirs? Were you mad when Tony Chessani rose to power?

No, right? Pizzolatto tried to shove a David Lynch movie into a crime novel and adapt it into an eight-episode prestige cable show that was often paced like a 22-episode network television show and performed like a screwed and chopped soap opera. All the 10-gallon hats and shopping bags full of land deeds and hard drives couldn’t fix the damage. In the end, Pizzolatto tried to recap his own show — weighing down characters with the burden of explaining his own story, and then discarding many of those same characters, just to try to steal back some gravitas.

What a waste. Hadn’t these people suffered enough?