Ti West Takes ‘The Sacrament’ Beyond the Cult 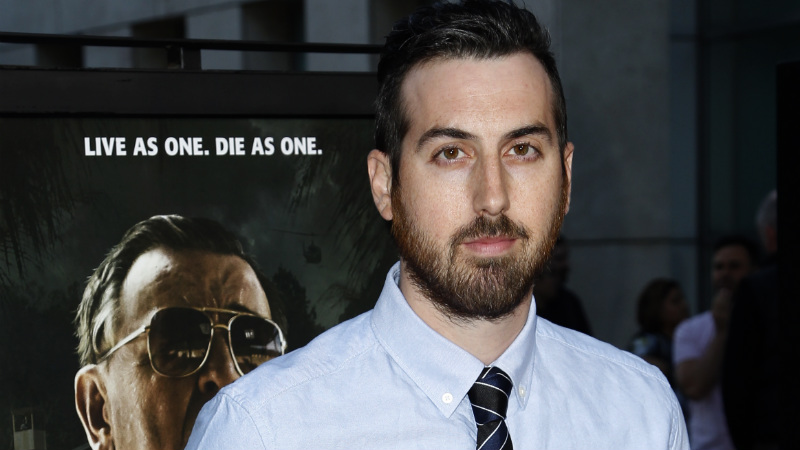 The Sacrament isn’t, strictly speaking, a horror movie. Very little about it is startling, from its gradual build of tension through its climactic conclusion, which draws heavily from the Jonestown Massacre of 1978, right down to the Flavor Aid. The film’s writer/director, Ti West, may be known for his work in the horror genre (he wrote and directed The Roost, House of the Devil, and The Innkeepers, among others, and has contributed to V/H/S and The ABCs of Death), but The Sacrament seems to mark a transition away from gore. The first half of the movie devotes itself to establishing the far-flung commune Eden’s Parish, where hundreds of people have moved to build a supposedly Utopian lifestyle: isolated from the outside world, they’ve crafted their own sustainable village of cabins, mini-farms, even a hospital. One of Eden Parish’s inhabitants is Caroline (frequent West collaborator Amy Seimetz), a former substance abuser who is so enthusiastic about her new surroundings in letters to her brother, a Vice fashion photographer (Kentucker Audley), that she arouses his suspicion that something might be amiss in jolly old commune town. Patrick happens to have a couple of Vice documentarians, Sam and Jake (AJ Bowen and Joe Swanberg, respectively) handy, so he allows them to tag along and film the adventure. Despite a couple of early red flags — guards with guns defending the commune’s entrance, say, or a mute girl hiding behind her bangs looking around dodgily — West devotes a substantial amount of screen time to painting Eden’s Parish as an environment as aspirational as Williamsburg or Silver Lake. These are just hippies, pulling weeds and moonily hanging laundry in the sun. West plays devil’s advocate for so long, it almost seems as though he’s deliberately toying with our impatience, which creates its own suspense.

West chose to frame The Sacrament as a Vice documentary, which rankled some reviewers suffering from found-footage fatigue. West isn’t fond of stamping The Sacrament with the label. “I never really thought of it as found footage,” he tells me. “I thought of it as a fake documentary — which sounds like semantics, but really what I mean is it’s an after-the-fact documentary about people who do this for a living as opposed to, like, we found this tape in the dirt and this was just what was on it.” The movie certainly looks prettier than found footage normally does — partially due to cinematographer Eric Robbins’s dressed-up re-creation of Vice’s video travel guides, but also because of the conceit of a fake Vice editor who got to the tape before West did — but it does face the same conundrums, such as forcing you to wonder who’s holding the camera when certain characters are, shall we say, indisposed. To this, West responds, “It’s funny how people tend to latch onto the technical things … It’s like, jeez — if that’s all people are focusing on … man.”

When I spoke with West at the Magic Castle yesterday during The Sacrament’s press day, he had just emerged from an hour-long Reddit AMA with Bowen and Swanberg. If The Sacrament is his most commercial movie to date, as one of his producers has said, it wasn’t West’s intention. “I don’t think too much about that kind of stuff when I make a movie,” he explains. “It sounds weird, but I’ve never really made a movie for an audience, either. I just think, Oh, this would be a cool movie that I would like to make, and these are the reasons why I’d like to do that … I wanted to use a real historic event and a real media brand to tell the story, because I wanted to do something that was heavily steeped in realism. Those two things were important to me.” Shooting on The Sacrament began before Vice debuted its new HBO documentary series; West chose Vice because, he says, “they don’t have a political agenda.”

As for the pacing, well, don’t call it West’s signature slow burn. “I understand why something like House of the Devil is different than, say — what’s some, like, silly movie that’s come out lately that’s just some generic horror movie? — like I, Frankenstein,” he says. “They are very different. I, Frankenstein — which I haven’t seen — probably has something happening every two seconds. And The Sacrament doesn’t, but the weird thing I think about ‘slow burn’ is it feels like a lazy way to describe a tremendous portion of the film … like there isn’t anything else to write about in the whole first half? There are no details worth commenting on? You just want to sum it up with ‘slow burn’ and then talk about the violence at the end? To me it just seems so, ‘Oh, I’m struggling with how to articulate how I feel about the first half so I’ll call it “slow burn.”‘” The reductiveness of a lot of horror criticism is clearly a personal peeve of West’s. “People will understand what they’re getting themselves into [if they read that phrase], but I don’t feel like that’s extrapolating anything interesting from the movie, and I would hope that there are some interesting things in the movie … you have to have contrast between the not-scary stuff and the scary stuff, or else the scary stuff doesn’t mean anything.” 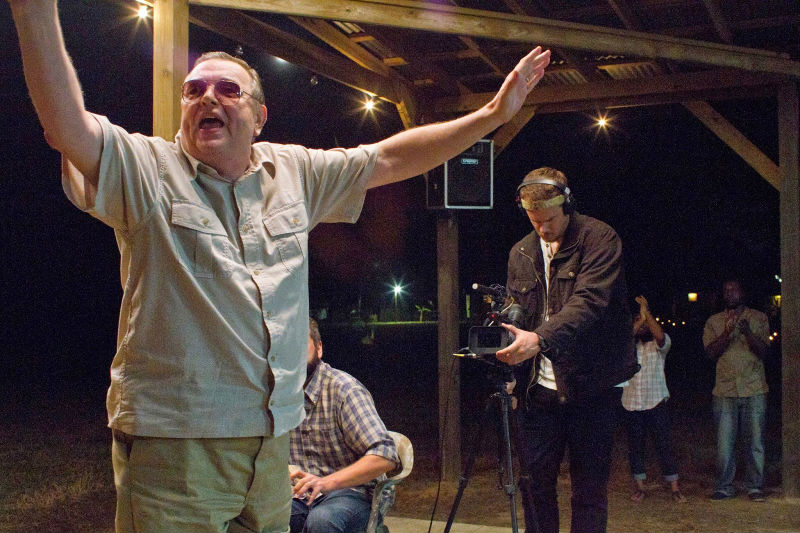 Speaking of clichés: Part of West’s intention in staying faithful to Jonestown’s events was to reclaim it from the flippant phrase we often use to refer to it, “drinking the Kool-Aid” (which is both insensitive and inaccurate — it was Flavor Aid). The strangeness of this seems to stump West, and rightfully so: “I think Jonestown has been reduced to this pop-culture slogan. And that’s a really weird — it’s weird that something that tragic … ” he trails off. “If tomorrow you found out 909 Americans were dead in another country from suicide you’d be like, ‘What?’ It’s an astounding, horrific thing. And it’s just become ‘drink the Kool-Aid.’ I think that that’s weird, and I think that in choosing [Jonestown] it’s to show that a lot of the reasons that people joined People’s Temple are just as relevant today as they were in the ’60s, and I think that’s what’s so scary about it.” It’s a reimagining with a purpose: “It’s not that I want to reintroduce people to Jonestown, it’s that the scary things about Jonestown are just as scary today.”

West’s next project is, somewhat unexpectedly, a Western starring John Travolta and Ethan Hawke. He’s had enough of blood and guts for a while, having made seven horror movies in 10 years, and he’s excited by the prospect of exploring new territory. He has Hawke to thank: As West recalls, “Ethan was like, ‘Hey, man, I wanna be in a Western,’ I was like, ‘Well, let’s go, let’s just go do it this summer.'” (He adds that besides Travolta and Hawke, “the rest of the cast is pretty great, too — we haven’t announced it yet, but it’s pretty awesome.”) I ask if he’s ever thought about branching out into television — he’s a big Louie fan, and he’s close friends with Lena Dunham — and says that while he hasn’t ruled it out, he has reservations. “TV’s certainly appealing because more people seem to watch TV than go to the movies now, and also the most interesting stuff seems to be on TV, more writer-driven stuff — it’s not comic-book movie-ish type of stuff, it’s more like people stuff … Maybe I’ll go into the comedy thing [after the Western], or maybe I’ll have some other idea, or maybe I’ll write pilots and try to [get] a TV show going.” But for now, he enjoys his relative freedom. “TV scares me a little bit because you’re locked in. I’ve been friends with Lena Dunham forever and obviously her show’s a tremendous success, but Girls is her life. Since the day that she wrote the script until now, that’s a long time, you know? I don’t know if I would want that. I mean, maybe. I don’t know.” At 33, West’s career is just beginning, and his next move takes a page out of the horror-movie manual: He’s about to pop up where you least expect him — somewhere in the desert outside of Santa Fe, wrangling Travolta and Hawke — ready to surprise you.

The Sacrament is available on iTunes/VOD now, and will hit theaters June 6th.

Playing 2Pac for a Baby: An Illustrated Short Story