The Wolf of Wall Street: The Little Controversy That Could (and Should) 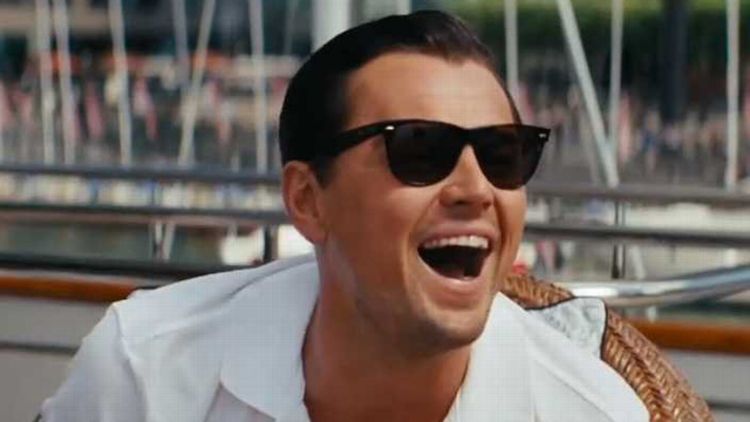 The Wolf of Wall Street controversy has hit Defcon 2. Not only did Jonah Hill take a beat to defend the film at Variety’s annual Creative Impact Awards, none other than Leonardo DiCaprio himself descended from the Olympian heights on his hybrid chariot to drive the point home to a packed (and swooning) audience at ArcLight’s Cinerama Dome on Sunday night: Hey guys, all that dwarf-tossing, ‘ludes-wrestling hedonism is a cautionary tale. In other words, don’t attempt the mile-high gang bangs at home. Those were professional douchebags.

Leave aside the whiff of Oscar campaign to this for a moment. (Harvey Weinstein’s probably off somewhere fuming over how he’d have the Academy literally throwing Oscars at Leo and Marty by now.) Sure, it’s handy to have this in the headlines with nominations around the corner, but something has genuinely struck a nerve to merit this kind of coordinated defense. Maybe it’s the underlying anxiety that if the original Wall Street — so clearly a morality play — can inspire all the wrong people, what about one that has banksters literally shouting at the screen with glee? Much like listening to the real-life Belfort sell his shtick, you can feel just a little icky after, as if there’s something innately compromising about laughing at the decadence.

Even the Q&A moderator, the usually genial Pete Hammond, cut straight to the point and asked about the brouhaha. Echoing the n-illionth interview he’s given, Leo stressed again that sure, laugh, but also be horrified: “I always envisioned this as a modern-day Caligula; I looked at this as the fall of the Roman Empire.” In fact, Leo practically bro-hugged the blowback: “If there’s a reaction, that means it’s somewhat groundbreaking. I’m not saying this film’s going to change the world, but it takes a lot of chances … You’re not going to see a major Hollywood epic with this kind of atrocity.” And if it gnaws at you that we don’t see much of the victims or the aftermath of Belfort’s OCD grab for sex, drugs, and IPOs, Leo didn’t shy away from the charge: “We don’t show the wake of destruction that happens as these people are surging forward, but that was a specific thing [Scorsese] wanted to do. He wanted … the audience to understand that they didn’t give a crap about what was happening to their victims. They were just on this insane, greed-infused journey.”

After all, Scorsese’s been around the block a few times when it comes to ruffling feathers — see Mean Streets, Goodfellas, Last Temptation of Christ, etc. — and the most impressive thing about the movie may be that a 71-year-old still knows how to give our morals a wedgie. So, Marty knows what he’s doing, and by now his artistic defense is practically a mantra: Just because you tell a debauched tale with manic tracking shots does not mean you condone it. (Granted, cinema’s uniquely lurid powers of intoxication can be a little confusing.) And there are hints in the movie, eye-blink brief premonitions that there’s a world outside the binge: the way Scorsese lingers on the ambiguously giddy expression of the office assistant whose hair’s been shaved for $10,000. The static two-shot of Belfort after he flushes his first wife down the toilet when she catches him snorting blow off Margot Robbie’s Barbie-esque figure. The snap cut of a broker’s suicide, the bloody Roman bath breezed through faster than an Instagram feed. And then there’s that final image: rapt Aucklanders wait slack-jawed for Belfort to spill the secret of success while he asks them to sell him his own pen — just like, say, audience members craning their iPhones at just the right angle to capture Leo’s golden aura on HD video.

In fact, as I’ve personally wrestled with whether I’m a good person for finding DiCaprio huffing coke like a can of spinach hilarious (it apparently took 70 takes of Leo getting hit in the face with a ham bite slathered in K-Y jelly to get that scene just right), that ending stayed with me more than anything else. Not surprisingly, Leo singled out the closing shot as one of the specific rewrites Scorsese insisted on. The movie was originally supposed to end on the more quotidian image of Belfort enjoying stress-free tennis at Club Fed. That’s an ending that, if you think about it, lets you off the hook as a viewer. You can shake your head and gripe about how the bastards always get away with it. But the film’s actual ending acts as a mirror, daring you to pause one beat longer in self-reflection: Why do they always get away with it? Who lets them get away with it?

After all, the myth of the self-made alpha male who holds the key to wealth is as American as apple pie, even if that alpha male is nothing more than a coked-up confidence man high on his own charisma and the apple pie is a piece of processed ham on which you’ll choke to death. It’s a powerful fairy tale by which we as a country continually let ourselves be snake-charmed, which each new generation of pin-striped huckster-clowns quickly learns is their greatest tool. If you remember that cataclysmic crisis that nearly wiped our financial system from the map (and why would you with the Dow over 16,000?), Jordan Belfort was a small-time crook. Compared to those who ran our economy into the ground, Belfort’s literally a sideshow. How many of them did as much time as Belfort? Which of them are making restitution to their countless victims? Who gave them social license to act like sociopaths and lionized them deliriously as the markets soared ever higher? And, by the way, what’s going on with all those Dodd-Frank financial reforms?

But as DiCaprio’s Belfort tells us, dreamy face directed straight at the camera, who cares about all the boring facts behind how he made money? Why bother educating yourself on the niggling details of chicanery? (But if you’d like to, Alan Blinder’s After the Music Stopped is a great book to start with.) Look over there at all the strippers! You see, anyone can live the American dream if he just wants it badly enough; and anyone who doesn’t deserves his poverty-wage job slinging burgers at McDonald’s.

And if you believe that, I’ve got a pen to sell you.