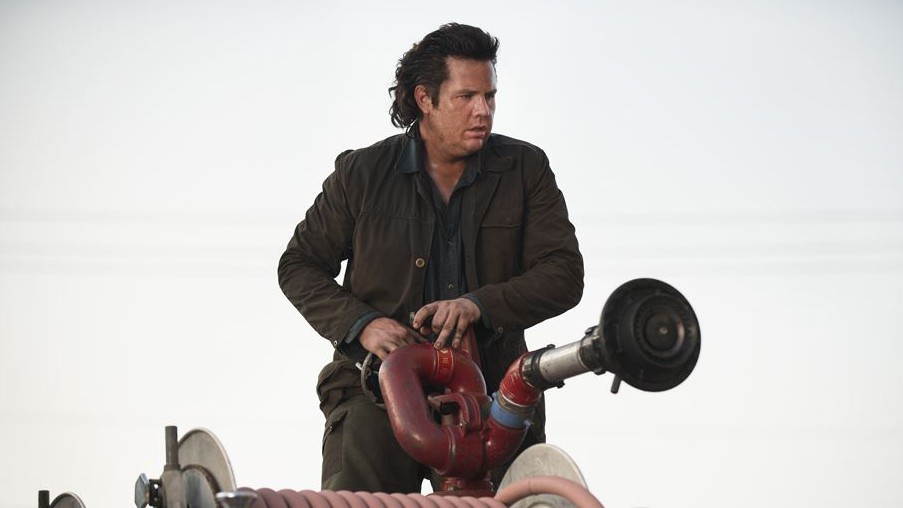 Let’s begin with the obvious: Nobody ever believed that Eugene was a scientist. Right? At least nobody on our side of the television screen with any ability to see more than 42 minutes or so into the television future. But here’s what the people trapped inside the television were hoping would happen when they decided to split up their group two Sundays ago, if everything were as it seemed,1 if Eugene’s on-their-face-pretty-ridiculous claims were true, if there were a glorious, genius-level brain firing away beneath that much-discussed Tennessee top hat, if he were, in fact, the bemulleted key to mankind’s salvation, as Big Dumb Abraham so desperately wanted him to be:

The White Church Bus Gang would have taken a nice, leisurely drive north to Washington, D.C., stopping to clear the occasional undead roadblock or easily dealt-with mechanical complication, but arriving more or less intact (give or take one underwritten, interchangeable brunette) at the Bunker of Improbable Salvation, where Eugene would in short order initiate the End Plague/Restore Society Sequence, causing walkers all over the globe to find their final peace via a cleansing hail of missile fire, thus clearing the way for humanity to reestablish itself without the constant, productivity-imperiling threat of being gnawed to shreds by ambulatory corpses. Yay, Eugene, Father of the New America! His monument on the Mall — think Lincoln, but with just a majestic head perched atop a throne — would be spectacular.

That was the plan, no? Makes everyone seem pretty dumb, doesn’t it? Like, even Carl, who otherwise spends his days mentally engaged by tin-can target practice or daydreaming about the incredible hat store he’s going to open back in Atlanta, should have tugged on Rick’s sleeve and said, “Dad, this guy is quite obviously full of shit. Don’t let Glenn and Maggie get on that bus. Let’s go find another farmhouse or church or something, those are always safe places to hang out at forever.”

But no one, not even Carl, said that, allowing either their unkillable essential optimism or their lack of a better plan than a postapocalyptic class trip to Washington to drown out their nagging skepticism. So maybe Eugene really was the smartest one, plying his one obvious advantage over his too-trusting, smoother-brained compatriots to accomplish his only goal: not being eaten alive. 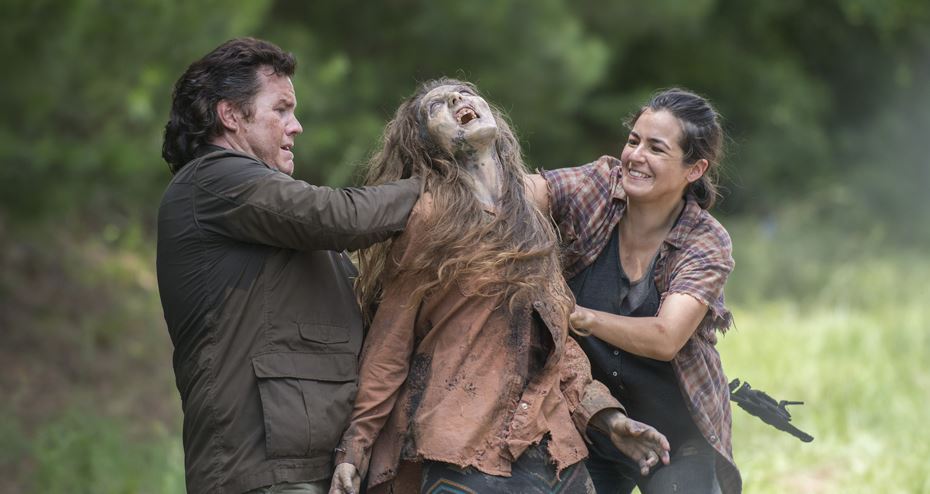 And we can’t blame him for it. In fact, we’ll take it one step further:

We forgive Eugene his lies. Smaller ones first: So what if he exaggerated his credentials? What do the words “scientist” or “doctor” or “pervert” even mean in a world where day-to-day existence is marked by the unending hunt for food, shelter, and a discreet vantage point from which to watch your bodyguard and his girlfriend copulate? There are no more universities or medical schools to police these things. Wasn’t it probably time to stop clinging to the intellectual caste system of a failed society anyway? You can see where putting too much importance on these irrelevant distinctions gets you: stranded in the middle of a highway, bickering with a hair-triggered meathead about whether to retreat to (relative) safety or charge headlong into a thousand head of starving walker-cattle. You almost have to admire a person who’s willing to take on the system like that, even if his motives were selfish.

OK, now the bigger issue: Is it even a betrayal to acknowledge, however grudgingly, the truth behind a mutually agreed-upon deception? They needed a savior and a purpose, so Eugene gave them both. It wasn’t his fault that they neglected to thoroughly investigate the possibility that their resident smartypants might not be who he claimed he was. Eugene was content to sit back and let the others spackle over the holes in his backstory. That mullet? Something something Samson myth. The self-abuse behind the new hardcover releases shelf at the bookstore? Ain’t no harm in appreciating the female form, you gotta take your jollies where you find them. The nonsense about the shift in air transmission patterns? Sounds sciencey! Who’s going to debate him on the finer points of viral aerodynamics, the dude who fatally bludgeons other Kroger customers with canned peas and scares away his family?

Of course, none of this much mattered to Abraham. Confronted with the truth, he did the only thing he could be expected to do: Pummel Eugene nearly to death for appearing at his most vulnerable moment and luring him back into the pointless fray he was one bullet away from abandoning. Big Dumb Abe was right to be upset.

But still, we urge compassion. Because as we’ve learned again and again, false hope is still hope. He did what he had to do and everyone went along with it. We can’t blame him for that.

Hopefully we’ll see Eugene again soon, unless he never wakes up from that beating.

And we’ll take him back just as he is, because we all get the hockey-haired messiah we deserve: funny business on top, a party of lies in the back.