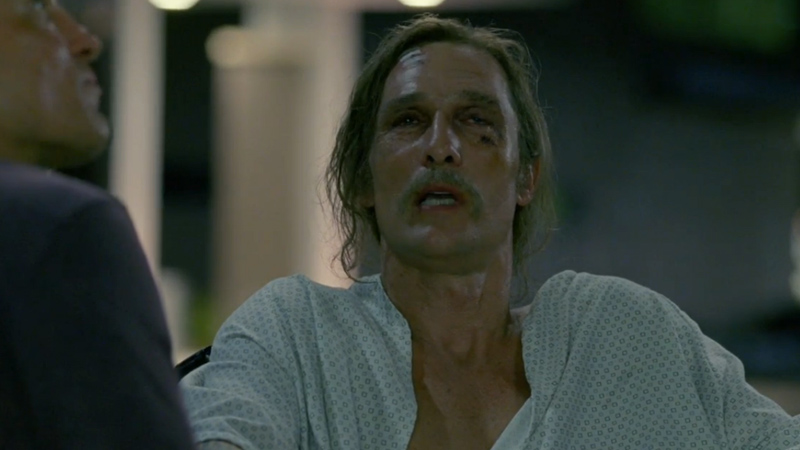 Well, it’s over. Did True Detective live up to the darkness you imagined? Was your personal tinfoil hat theory vindicated? Did Pizzolatto and Fukunaga stick the landing? In honor of eight thrilling episodes of existential-horror cop-procedural, here are your True Detective Season 1 awards. 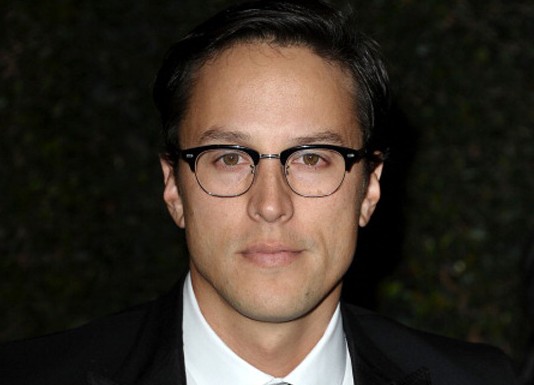 As buzz for True Detective grew from an appreciation of good cinematography and transformational hairpieces into an obsessive search for clues and literary influences, so has the appreciation for director Cary Fukunaga grown from discussions of his visual style to, oh, wait, This guy is really hot. Vulture has called him a “heartthrob director” and described him as “‘Ryan Gosling but with even better bone structure’–level handsome.” But what elevates Fukunaga from being just another handsome and talented person in an industry rife with attractive and talented people to Best Metamythical Character Award Winner and Dude You or Your Significant Other Are Secretly Crushing On are his Lloyd Dobler–meets–Barry White character quirks. In lesser hands, admitting to writing “immense love letters that are supposed to be opened over days at a time” or not owning a television and being obsessed with “cabin porn” would be positively cheeseball. Fukunaga works it like he came out of a fantasy-boyfriend computer simulation. Oh, and he speaks Spanish and French? Stay away from my girl, Fukunaga. 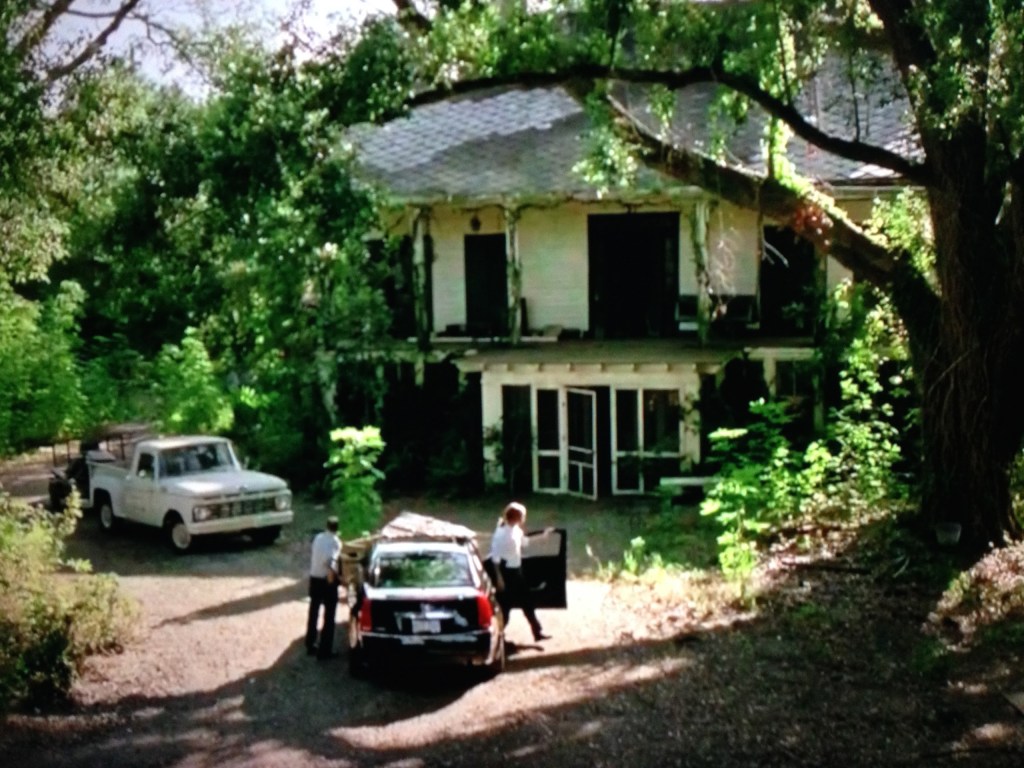 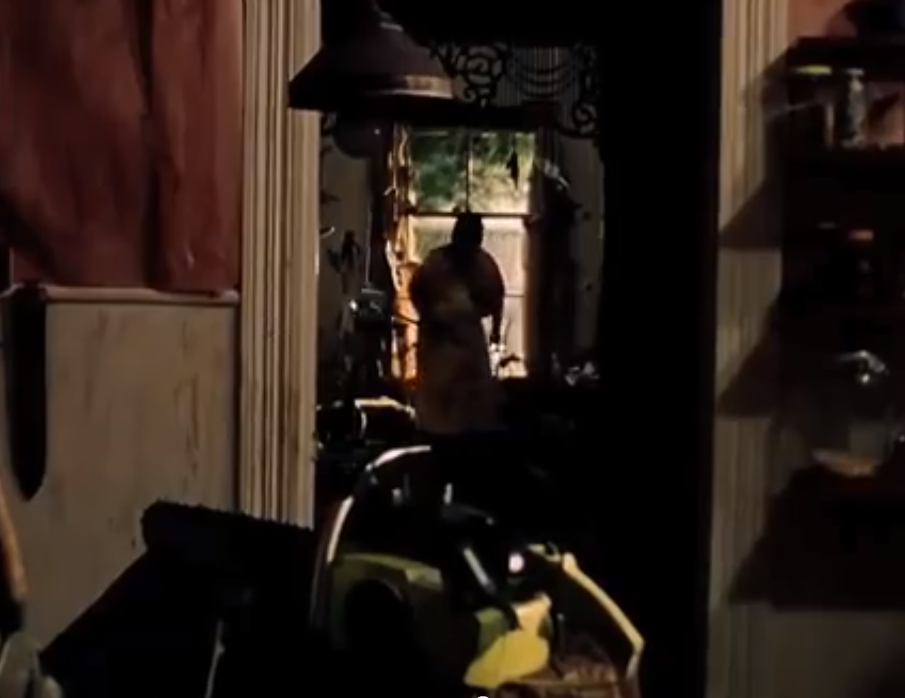 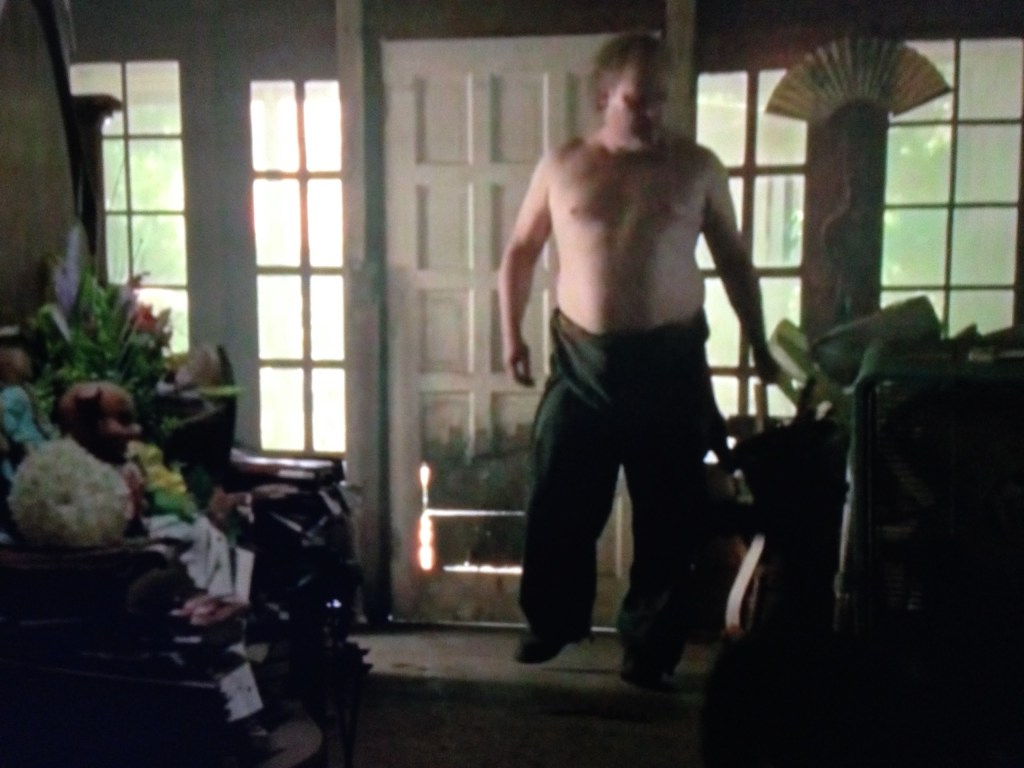 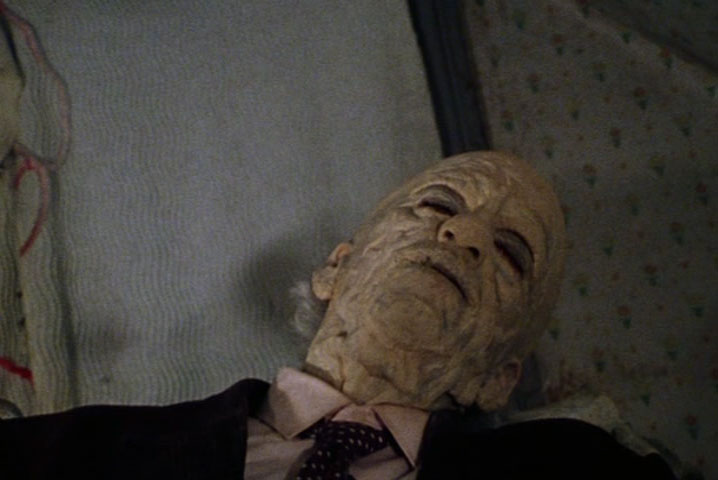 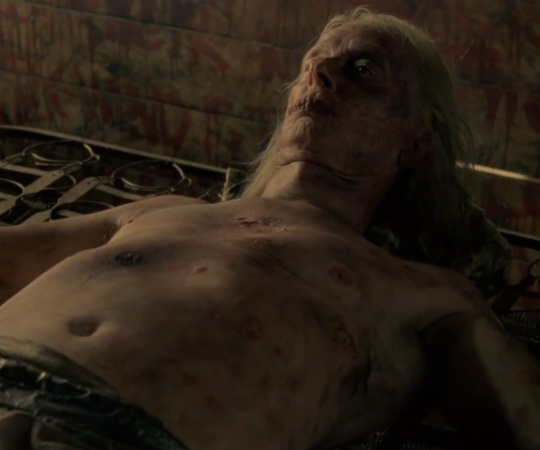 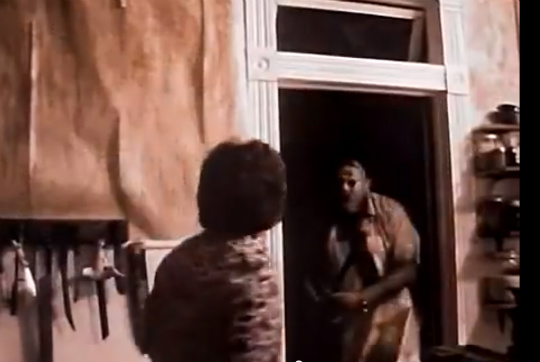 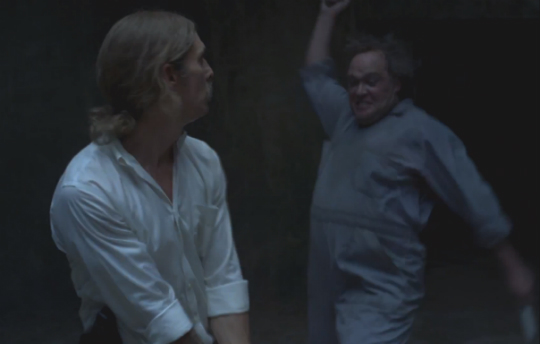 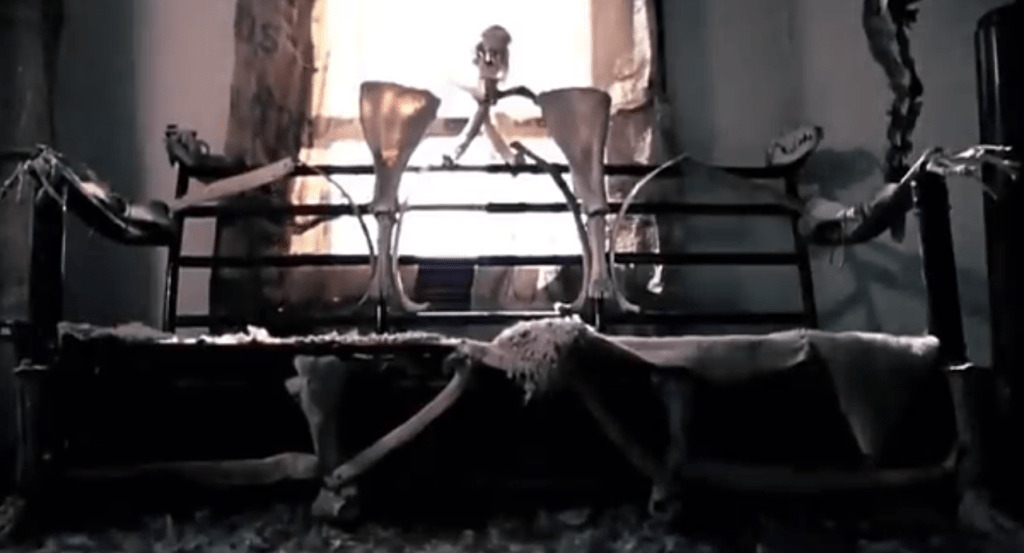 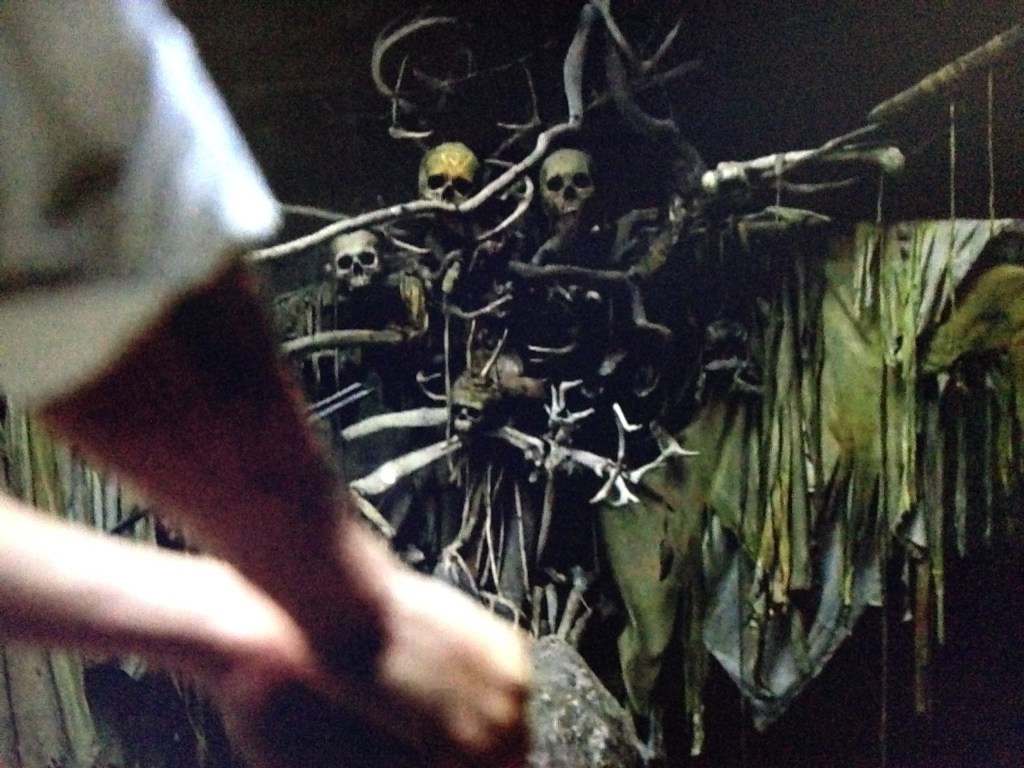 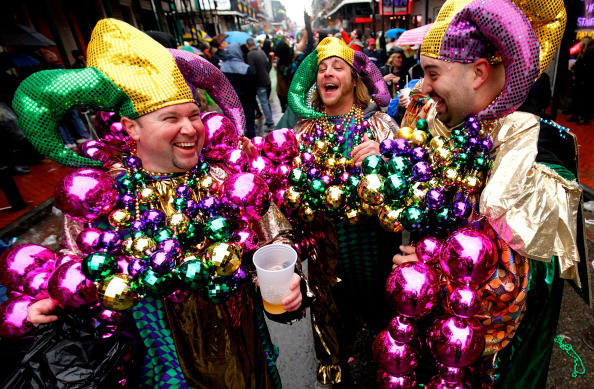 My understanding of Mardi Gras, like many of yours, was limited to parades, colorful costumes and floats, second-line drum music, tourists’ breasts bared in exchange for cheap plastic necklaces, and mobs of out-of-control drunks urinating in every shadowy corner of Bourbon Street. Thanks to True Detective, I am now aware that Mardi Gras in the rural Acadian parishes of Louisiana can also involve men on horseback who brandish whips; wear homemade mesh nightmare masks, skull face paint, vaguely KKK-ish pointed capuchon caps, and sniper-clown ghillie suits; and roam the countryside demanding ingredients for a gumbo. It’s basically Reverend Tuttle’s VHS snuff tape minus the child murder.

The “What Is That, Nietzsche? Shut the Fuck Up” Award: The Yellow King/Vietnamese Restaurant Theory

Not since Lost has a show provided such a fertile breeding ground for fan theories ranging from plausible (Marty’s daughter Audrey was abused), to “probably a leap, but interesting” (Audrey was abused by Maggie’s father, based on the delivery of the line “No” by the child actress playing Audrey), to wait, what? Via Reddit:

The amount subtle clues/details in this show are staggering, but one that is constantly overlooked is the fact that Hart and Cohle somehow not only found, but ate at a Vietnamese restaurant in the backwoods of Louisiana. How can we write this off as a coincidence?

Secondly, almost the people we’ve met that are either directly linked to the alleged cult or have knowledge of the King in Yellow are backwoods white guys with white power ideals (Ledoux, Lange). It would make perfect sense that they would refer to a person from Vietnam as “yellow.”

The Banh Mi/Yellow King Theory is notable for its ham-handed application of racial color-morphism and for its author not realizing that the significant number of people of Vietnamese descent in Louisiana (44 percent of the state’s Asian population is of Vietnamese extraction) means Rust and Marty eating at a banh mi stand is totally not a big fucking deal, like, at all. I had to read it several times to make sure it wasn’t actually a very subtle satire on the phenomenon of hypertextualized Internet theories. 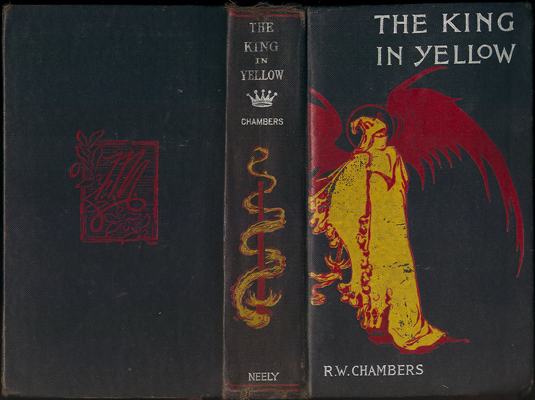 True Detective writer Nic Pizzolatto peppered the Cthulhu-meets–Mardi Gras mythology of the Tuttle-Childress cult with nods to Robert W. Chambers’s (1865-1933) The King in Yellow, first published in 1895. The King in Yellow is a collection of short stories notable for the recurring motif of a fictional play titled “The King in Yellow” that drives anyone who reads it insane. The play appears only in fragments of the first and second acts and mentions the fictional city of Carcosa, which is itself a reference to an 1891 short story by Ambrose Bierce, of “that cool story about the hanging that you read in eighth-grade English class” fame. As the hype surrounding the show grew, so did the interest in Pizzolatto’s literary and philosophical influences, which resulted in a 109-year-old book vaulting onto Amazon’s best-seller list. Congrats, Robert W. Chambers!

The 30 Seconds In and Out Award for Fakest-Looking Hairpiece, Mustache Edition: Ginger the Biker 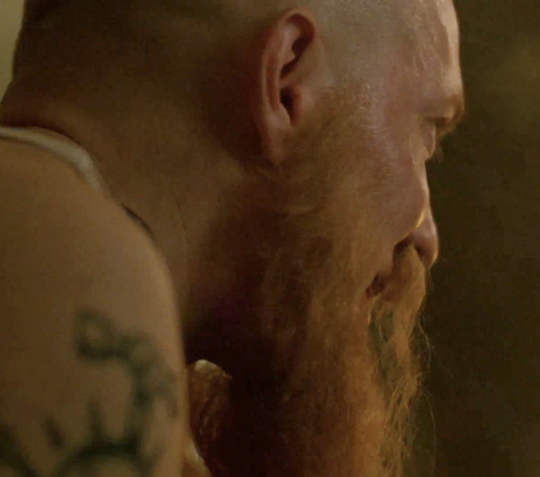 Cohle’s cayenne-pepper-and-ink track marks probably look more realistic than Ginger’s mustache, which at times is hanging on Ginger’s face by a string thinner than the one binding Marty and Maggie Hart together in marriage.

True Detective is a show bursting with meta-commentary on storytelling. The Yellow King and Carcosa. Rust’s and Marty’s 2012 unreliable interview sessions with Detectives Papania and Gilbough. Cohle’s invocation of M-theory as a metaphor for the relationship between the audience (fourth-dimensional viewer) and the show (the now-flattened circle). Marty and Rust’s final-episode conversation in front of the hospital about looking at the stars and telling stories. My favorite, though, is writer Pizzolatto’s Episode 4 cameo as the strip club bartender who at first balks at answering Marty’s questions regarding a particular dancer’s boyfriend. When the carrot of a $20 bill fails to loosen the bartender’s resolve, Marty goes with the threat of the stick, wondering aloud what would happen if the establishment lost its liquor license, then whining to Pizzolatto, “Why do you make me say this stuff, man?”

The Michael Jordan of Being a Sonofabitch Hang-Time Logic Leap: Marty Tying a Picture of a Freshly Painted Building to the Green-Eared Spaghetti Drawing

True Detective was never really a procedural in the sense that Rust and Marty never really followed anything resembling a procedure. Were they actually good at being cops? I’d say no. Still, the sleuthing our detectives did throughout the series was always heavy on the legwork, the product of hunches supported by nose-to-the-grindstone interviews, door knocks, and long drives. So, not to be nitpicky (he said as he began to nitpick), but Marty jumping from a fresh coat of paint on a neighborhood house in a picture from the 1995 Dora Lange investigation to the green-eared spaghetti-monster suspect drawing — well, that was some from-the-foul-line hang time.

Marty shares an emotional reunion with his ex-wife and daughters. Cohle now believes in an afterlife. Marty and Rust bro-ing out in front of the hospital. The ending contained notes of redemption and quasi-spiritual emotion from our two detectives, when I think many, including myself, were steeling themselves for something much darker and much more spare.

A Few Takeaways From the Big ‘New Yorker’ Darren Aronofsky Profile, Including Drugs, Explosions, and “A Whole F---ing Lot of Water”