The ‘Terminator: Genisys’ Trailer Is Out. We Have Just a Few Questions. (We Have a Lot of Questions.) 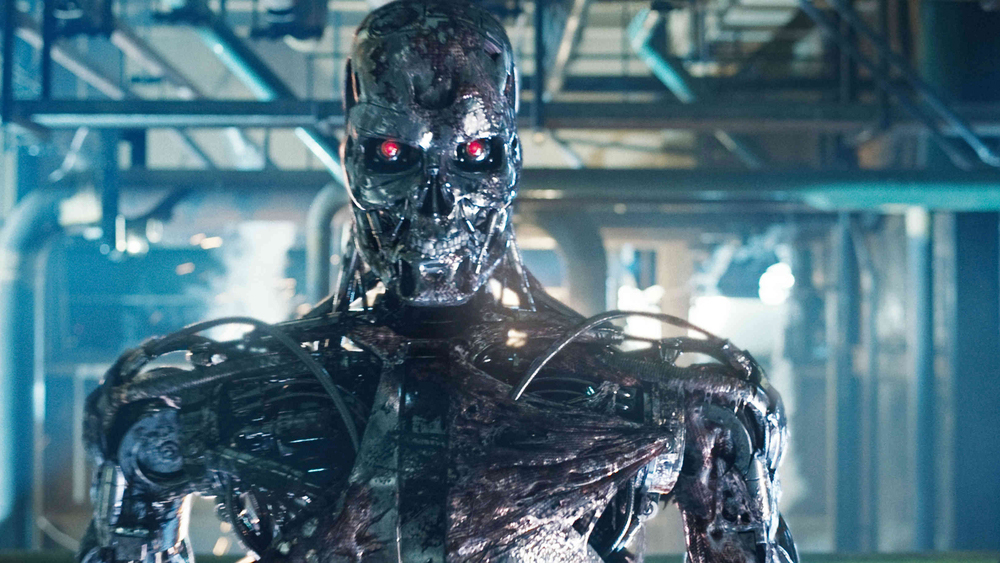 They sure did put the trailer for Terminator: Genisys out a week after Star Wars: The Force Awakens. They must have known they were bringing the time-traveling, Skynet-squashing heat, right? Mark Lisanti and Chris Ryan dutifully watched this trailer several times, but they were left with more questions than answers. Here are a few of those questions.

• Is it a bad sign or a terrible sign that the first half of this trailer is entirely composed of exposition, attempting to explain the convoluted plotting of this movie, and we still couldn’t explain it to you if you paid us?

• Was the five years since Terminator: Salvation enough to reignite our thirst for homicidal time-traveling robots shaped like Arnold Schwarzenegger?

• Did anyone even see Terminator: Salvation, or was it merely a collective hallucination brought about by Christian Bale’s crippling anxiety about cinematographers ruining his takes, set free from his recurring nightmares?

• Do you think Arnold Schwarzenegger got a little sad when he had to act against the tennis ball on a stick that represented his younger, fitter, more naked self, wondering whether it was ultimately worth it to trade his movie career for the good of all California?

• Who in Hollywood is so committed to making Jai Courtney happen? Is it the same shadowy Australian mastermind behind Sam Worthington’s career?

• Come on, Jason Clarke, you’re better than this. You’re Zero Dark Thirty?! They killed your monkey???

• How does one generate enough force to cause a school bus to jackknife through the air like that?

• Between this and Dawn of the Planet of the Apes, how have people even gotten to work in the Bay Area over the last two years, around all the action set pieces being filmed?

• Is “If we die tonight, mankind dies with us,” the worst St. Crispin’s Day speech ever?

• Does Jai Courtney have to be naked so early in the process of time travel? How did that work? Did John Connor ask for volunteers and Kyle Reese was the first to get all of his clothes off?

• Is it reasonable to expect that Emilia Clarke won’t lock up at a crucial point in the story and try to call forth an army of dragons to melt down her liquid-metal tormentor?

• How can we even think about seemingly misguided Terminator reboots when Tom Cruise was almost killed by a bus in London??? Watch out, Tom! The Terminators may not arrive in time to save you!

‘Do You Like Prince Movies?’ Podcast: ‘The Comeback,’ Hozier, and the Ruffalo Awards for Underrated Acting Performances