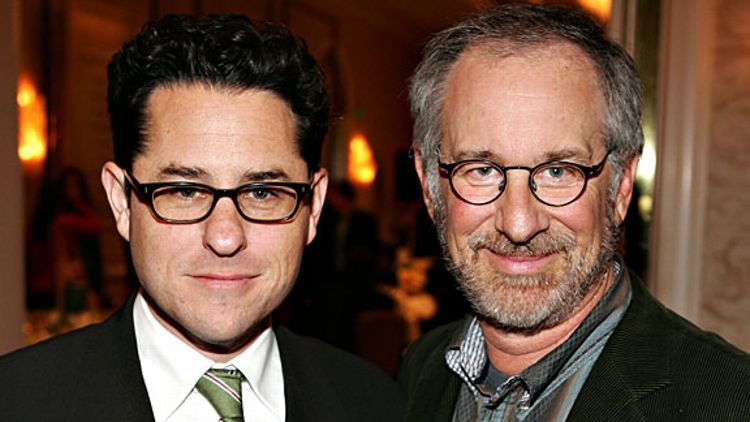 This week brings the release of Super 8, director J.J. Abrams’ bighearted tribute to the sort of wide-eyed, family-friendly alien adventure movies Steven Spielberg used to make before he discovered less interesting things such as American history, Oscars, and Tom Hanks. The compelling wrinkle? Spielberg himself is the film’s executive producer and, in Abrams’ words, its “key voice.” Imitation, flattery, and outright theft have a long, distinguished, and shameless history in Hollywood — but this strikes us as something different. Rather than merely aping his idol, Abrams is, essentially, making a Spielberg film for Spielberg.

And this got us thinking: What other faded masters could use the vibrant influence of their own artistic descendants — and what current up-and-comers could really use the firm, if graying, hand of an old master? Thus we propose the Director Mentorship Academy, in which younger directors enroll to make a better version of someone else’s movie — with the help of that very someone else. Below are some suggestions for the inaugural class.

The Problem: Digital Muppets. That’s what the once-beloved-now-reviled Lucas gave people instead of the mind-blowing new Star Wars films we thought we were getting. Now the only chance of getting him out of his inflatable Jar-Jar chair and back in the realm of interesting filmmakers just might be the presence of Blomkamp, a young Peter Jackson disciple who proved with District 9 that it’s possible to make something with aliens in it that’s also relatable, moving, and, y’know, not insanely racist. Help us, Neill Blomkamp! You’re our only hope!

The Pitch: Sarlacc. A gritty, shaky-cam origin story of that gross hole in the ground that ate Boba Fett. Growing up on segregated Tatooine, Sarlacc (Andy Serkis) is shunned, mainly because he is a gross hole in the ground. Thanks, though, to some nonjudgmental pig-face dudes and the tender, if creepy, mentorship of Bib Fortuna, a guy with a worm growing out of his head, Sarlacc finds first love and then, bittersweetly, dinner, with Mindy, a local slave girl (Olivia Munn). A touching, pulse-rattling parable for our own hole-hating times.

The Problem: Since making his very best film, 1994’s geekily heartfelt Ed Wood, Burton has been casting about for inspiration like Pee-Wee Herman in search of his beloved bike. The result has been 10 years of autopilot: a series of uninspired adaptations (Planet of the Apes, Charlie and the Chocolate Factory) that mostly bank on Burton’s faded black-eyeliner bona fides and his ability to get Johnny Depp into a strange wig at a moment’s notice. Enter Pete Docter and his cronies at Pixar, whose impeccable and immaculate storytelling ability could use a shot of Burton’s darkly perverse imagination.

The Pitch: Jack. Set in the late 1880s on the sooty streets of East London, this lovingly animated tale spins the story of Violet (Helena Bonham Carter), a dreamy orphan girl, and her unexpected friendship with a mysterious man named Jack (Johnny Depp). Together, with a singing tabby cat (Emily Blunt) and an anthropomorphic mug of warm beer (Timothy Spall), the two new friends explore a visually terrifying world of poverty, shoddy dentistry, and bootblacks. Eventually, Violet begins to fear that Jack’s occasional disappearances, love of knives, and intense hatred of prostitutes suggests a darker secret. Will it, ahem, rip apart their relationship? Or can she come to appreciate Jack’s point of view: that inside — deep inside — everyone is something worth knowing, or at least removing with forceps.

The Problem: Meyers — the highest-grossing female director of all time — is undeniably skilled at pleasing your mom. Her films freely indulge in dewy, midlife fantasies: Jack Nicholson choosing Diane Keaton over Amanda Peet, say, or Meryl Streep’s hard-fought right to have a larger kitchen with even more copper pots hanging in it. Holofcener, on the other hand, can’t seem to get out of her own way: Her tart, witty scripts, however, while liberally populated with actually recognizable, human women, always tend to end up one Catherine Keener monologue about liberal guilt away from a good time.

The Pitch: Complicated Friends. Perfect couple Jennifer and Hal (Julianne Moore and Alec Baldwin) vacation on the picturesque Greek island of Santorini with Jennifer’s younger, stressball sister Susan (Catherine Keener) and her second husband, Tad (Mark Ruffalo). Tensions emerge as Susan agonizes about money — choosing to stay in resort with only one infinity pool! — and the fact that she doesn’t like octopus. Later, her marriage is tested as she finds lust with Poppou (Taylor Lautner), a noble poor person or something. But, hey, look at that view!

The Problem: No other director alive can make a conversation between dudes seem as electric as a gunfight — and let’s not even get into what he can do with an actual gunfight — but without a good script, Mann can often disappear up his own contrast-boosted close-up. Affleck’s two films have shown sharp Hollywood instincts, but little personal style or depth. (Par for the course, perhaps, for a man who once actually starred in a movie called — wait for it — Paycheck.) Mann’s impeccable eye for detail could help Affleck craft a picture that would please crowds and critics — and maybe keep him away from Rebecca Hall’s wonky American accent in the process.

The Pitch: This, basically. But with a bluish tint and a few extra scenes of men shouting meaningfully at other men.

The Problem: A quarter-century ago no one combined big laughs with big budgets quite like Reitman: His willingness to let Bill Murray tiptoe wryly through the exploded marshmallow fluff in Ghostbusters has kept the film fresh even while the claymation-y special effects have withered. He’s stumbled so far in this century, however, either flailing awkwardly at his old style or donning an ill-fitting leather jacket to keep up with the cooler, raunchier kids. Wright, meanwhile, is an hilariously inventive visual genius who needs to lose the fanboy floaties and wade into the big kids pool.

The Pitch: Ghosts ‘n Goblins. Based on the beloved Nintendo game about a bearded knight with an unlimited arsenal of throwing swords, this adaptation stars Seth Rogen as Arthur, a well-meaning, PlayStation-obsessed slacker living in a California beach town that was (SPOILER ALERT!) mistakenly constructed on a haunted Indian burial plot or, you know, whatever. As an infestation of ghoulish, netherworldly creatures emerge from the gutters, Arthur is visited by the spirits of his medieval ancestors: noted British ghost-slayers Sir Gavin and Sir Dropsy (Simon Pegg and Nick Frost). With their help, Arthur must rescue the town princess librarian (Zooey Deschanel) and defeat the Zombie King (Bill Murray). Also featuring Ernie Hudson as the town mayor who is definitely too old for this shit.

The Problem: Although Midnight In Paris has garnered Woody some of the better reviews of his golden years, a whimsical Euro-fantasy starring noted goy Owen Wilson isn’t exactly his bread and butter bagel and schmear. As for Baumbach, his once-promising wit has taken a toxic turn as he’s aged: The only thing more miserable than the character Roger Greenberg was sitting through the sour, indulgent movie Baumbach made about him. United and back in the 212, however, good things could happen — including, mercifully, a soundtrack completely lacking old-timey tunage.

The Pitch: Slapping and Kvelling. Daniel Kerplach (Ben Stiller) is an independent filmmaker living in the West Village where he lusts after shiksas (Rachel McAdams — and does Rachel McAdams have a sister?), makes proclamations about LCD Soundsystem and procrastinates over his second feature film, a movie about a depressed guy making a movie. (Among the things he does not do: reference Marshall McLuhan, attend the opera, play squash with other lazily well-off peers who act like they’re 60.) One day Daniel’s world is shattered when his father, famous novelist Philip Kerplach (Woody Allen), leaves the Upper West Side for the first time in four decades and moves onto the futon. Hijinks, angst, and Scarlett Johansson ensue!