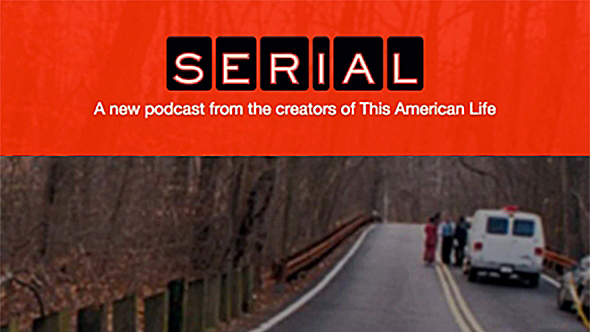 By now you are probably aware of Serial, the breakout hit podcast from This American Life contributors, which ended its run of 12 episodes on Thursday. Each week, host Sarah Koenig explored the 1999 murder of Baltimore high school student Hae Min Lee, its lasting impact, and its lingering mystery, raising questions about the conviction of Lee’s ex-boyfriend, a schoolmate named Adnan Syed. It’s not hard to understand the show’s appeal: Serial is an incredibly compelling whodunit that pulls back the curtain on an investigation, complete with some fantastic characters and a host who deftly moves between explaining byzantine courtroom proceedings and labeling something a “dick move.”

Serial premiered in October, at a time when a growing sense of injustice for young men of color was already reaching a fever pitch. Investigations into the deaths of Michael Brown and Eric Garner at the hands of law enforcement were part of the national conversation, the alarming rate of unarmed black men shot by police suddenly filled headlines, and the 2013 acquittal of George Zimmerman for the death of Trayvon Martin loomed over all of it. If you were paying attention at all, you were constantly bombarded by reminders that a broken judicial system has stacked the deck against minorities.

This is not to say that Adnan Syed’s cause is their cause — far from it. Though the show raises doubts about whether the case against Syed, a Pakistani American, was strong enough to put him behind bars, he was tried and convicted in a courtroom. Garner, Brown, and many like them died in the street.

Yet the thematic similarities between these recent events and those chronicled in Serial are striking: alleged miscarriages of justice, racial and cultural prejudice, confirmation bias, flawed police investigations and judicial proceedings. As the headlines about the state of justice in America continued to grow more and more depressing, the show’s popularity only increased. People are fascinated by true crime stories, sure — it’s difficult to imagine a moment in which a story as well told, and a show as well produced, as Serial would not find a rabid fan base — but the timing still feels odd. In the same week that we grapple with grand jury decisions not to indict police officers in Ferguson and New York, we gather around social media platforms to discuss the Serial episode about jury selection and corresponding cultural prejudices. Why are the issues that relentlessly break our hearts in the news the very same we are drawn to in our entertainment?

Consider Ira Glass’s early assessment of Serial being like House of Cards without the pictures, or any number of articles comparing the show to a given hour-long cable series: Serial, we’re told, is TV’s serialized dramatic storytelling format come to podcasts.

As viewers, we don’t just enjoy the familiar narrative structure of serialized television dramas. We believe in it. Most of the time, in television, there is justice. Walter White dies. Wrongs are righted; bad men answer for their crimes. It may be the same expectation of closure that caused so many Serial fans to be unnerved upon learning that this season might not conclude with a clean resolution to its story. Perhaps Serial isn’t just our attempt to apply the logic of TV to nonfiction audio storytelling. Perhaps it’s our attempt to apply it to real life, to make sense of a world that has stopped making sense on its own.

At its heart, Serial is, as David Carr put it, “a re-examination” of Hae Min Lee’s murder and Syed’s conviction. The podcast is predicated on the idea that there is more to this story, that Koenig may be able to provide a level of clarity as to Syed’s guilt or innocence that his actual trial could not. Alex Blumberg — another audio storyteller and former This American Life colleague of Koenig’s — recently began a lecture by citing a study that deemed audio to be the most honest medium. “We are judge-y creatures,” he noted. “We judge visually.” Perhaps this is why Serial’s approach is so perfect, and such a reexamination would not carry the same weight on television.

Images have failed us. Somehow, two people can watch the same footage of Eric Garner dying on a sidewalk and walk away with two different conclusions. So we start to consider that maybe justice in the hands of the judicial system is so impossibly broken that we have to begin looking elsewhere — to podcasts, even — to find it. That we’ve placed the burden of our own guilt and frustrations on Koenig and said, “Please help us get at least one of these right.”

Rich Monahan (@richmonahan) is a writer living in Los Angeles.