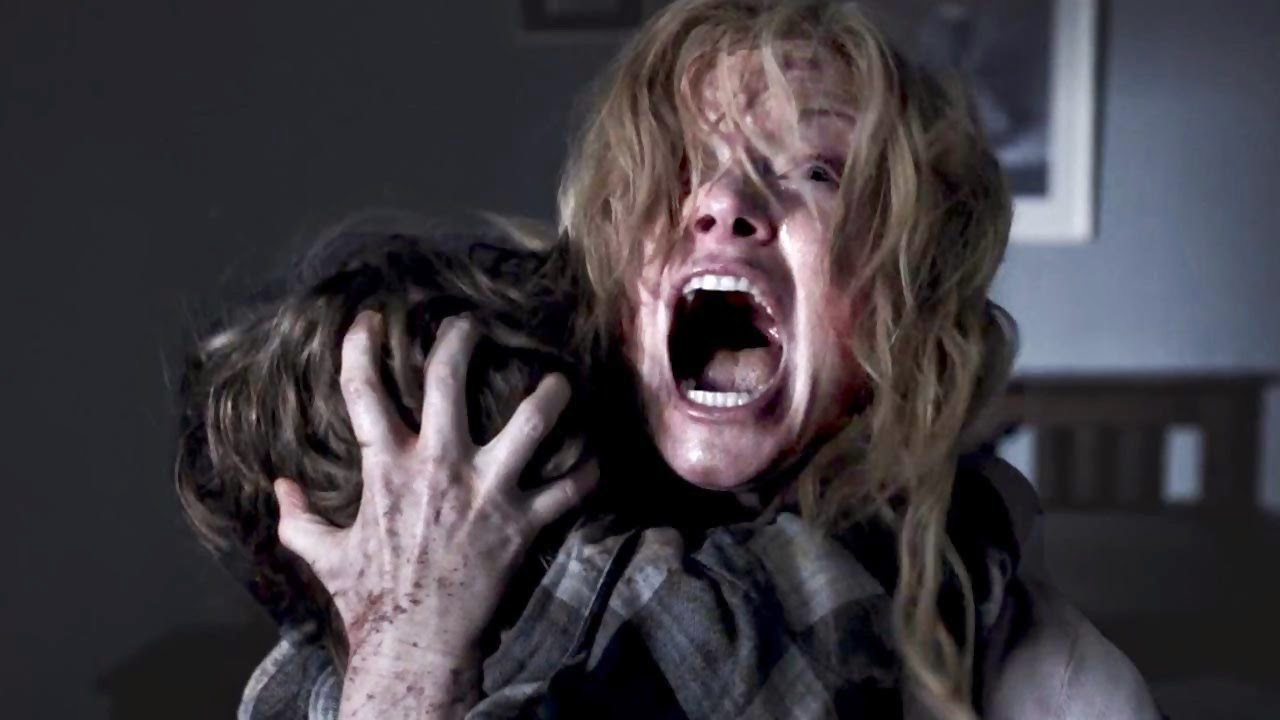 Every once in a while, a horror movie comes along that reminds you of the genre’s power to showcase the darkest sides of human nature. The Babadook, written and directed by Jennifer Kent, is one such movie. It’s the story of widowed mother Amelia and her young son, Samuel, a problem child with a wild imagination, who was born on the same day his father died. After the mother and son read a disturbing pop-up book about a monster called the Babadook, the creature begins to haunt their home. Amelia is seemingly possessed by it, and eventually becomes hell-bent on killing her own son. But her murderous rage is the result of something much more complex than just the monster at hand, and her mania ultimately unravels traditional roles for mothers in horror films.

Usually in a horror movie like The Babadook, that monstrosity encroaches on a family and its child, and the family, specifically the mother, must save that child. Sometimes she works against a strictly otherworldly force, such as Diane Freeling in Poltergeist — JoBeth Williams’s weeping performance in the scene in which Carol Anne’s spirit moves through her is one of the most powerful scenes in the film. In other movies, women must work against forces that have infiltrated the family, even through their husbands. Think of Wendy Torrance shuffling Danny out the bathroom window while she stays to face her ax-wielding husband in The Shining, or Kathy fleeing her demon-controlled husband in The Amityville Horror. Just as slashers have their sainted final girls, home invasion and possession films have their final mothers. 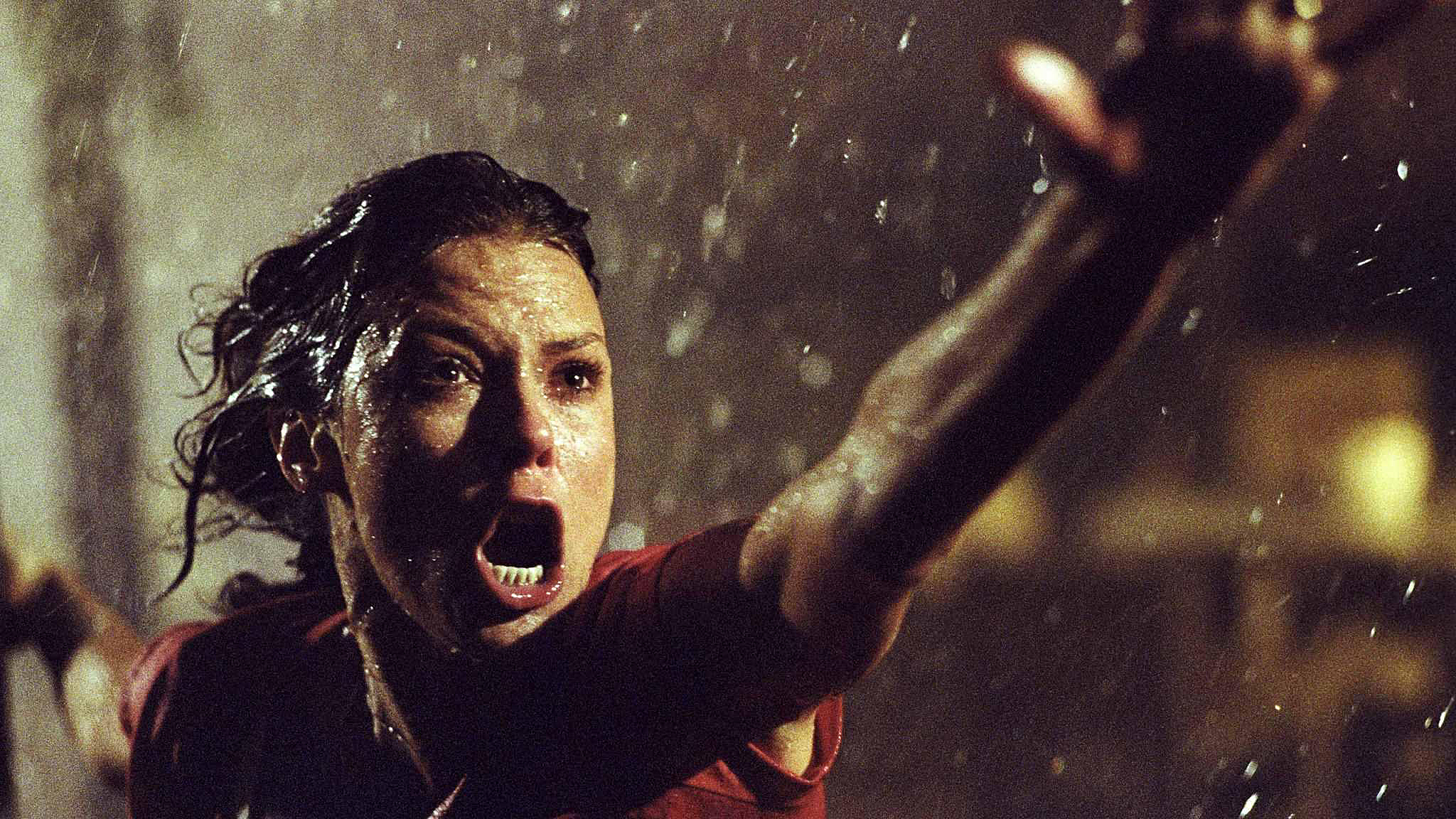 But The Babadook’s Amelia might be most comparable to Ellen Burstyn’s Chris MacNeil, in what is arguably the greatest possession film of all time, The Exorcist. Amelia and Chris are both single mothers, hardworking, who see their lives turned upside down and their children endangered after the kids are left alone with demon-inviting artifacts. There’s a lesson bubbling under The Exorcist’s surface, a lesson that seems to teach mothers that if they neglect their parental duty too often in favor of a demanding professional or social life, they will lose their children in some way. They will pay. On the other end of the film’s spectrum is Father Damien Karras, lamenting the death of his own mother and processing his immense guilt over his neglect of her. The Exorcist is as much a film about relationships between children and their mothers as it is about demonic possession. 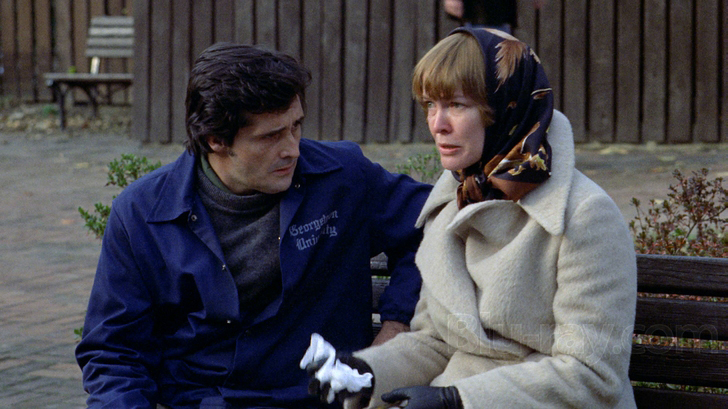 The difference between The Exorcist and The Babadook is that in the latter film, Amelia is the one who becomes possessed. Children are often vessels for greater evil in horror films. Whether it’s demon-infested Regan from The Exorcist, or Satan’s spawn Damien in The Omen, children are inherently innocent, making them perfect blank slates for disruption. They are frequently far more prophetic and dangerous than society expects them to be, so much so that audiences have now come to expect horror-film child protagonists to be endangered or dangerous. Yet here we have Samuel, a troubled child who hurts people, who sees monsters — but it’s Amelia who evidently becomes the vessel for evil.

This evil is something far more real than demons or ghosts. While the film’s namesake monster is dangerous, the Babadook is not particularly scary. The croaking, black-clad, man-shaped figure is almost retro in his spookiness, looking better suited for an ’80s-era Tim Burton flick or The Cabinet of Dr. Caligari. The film seems to acknowledge how flimsy the physical manifestation of the Babadook is by scaring Amelia several times with hanging articles of clothing that vaguely resemble the monster. As The Babadook progresses, the monster is not the real threat — Amelia is.

Evil mothers are not rare in horror cinema. The disturbingly controlling Norma Bates haunted her unstable son long after she died, and he in turn haunted Psycho’s viewers. Piper Laurie’s performance as Margaret White in Carrie is one of the most terrifying parts of the film, and the real villain of Friday the 13th is Mrs. Voorhees, who avenges her son’s death with a killing spree. In The Brood, mentally ill mother Nola undergoes a therapy treatment that transforms her abusive tendencies into literal childlike figures, who later enact the acts of violence she wants to carry out. But what makes Amelia compelling is how she literally embodies both roles — the unstable villain and the resilient child-saver. She fluctuates between the two in one film, blurring the line between her apparent possession and her completely human, repressed anxieties underneath.

The most unsettling moments of The Babadook are subversions of what viewers understand Amelia to be, particularly what a mother should be. The film comfortably slips you into the lives of this duo, familiarizing you deeply with Amelia’s strained lifestyle. She is perpetually exhausted, woken up in the middle of the night by Samuel’s screams. She has little time for herself and her own desires, particularly romantic, and she is still not over the death of her husband. But Amelia is also fiercely protective of her son, consistently working to humanize him in the face of people who want to ostracize Samuel rather than understand him.

She is not a bad parent, but Amelia’s relationship with her child is shadowed by darker impulses. “I can’t stand being around your son,” her sister Claire says to her. “And you can’t stand being around him yourself.” The scene in which Samuel lingers sadly by the bed asking for food while Amelia screams about needing sleep is heartbreaking. And when she later corners him to growl, “You don’t know how many times I wished it was you, not him, that died,” referring to her late husband, and Samuel responds with a whimpering, “I just want you to be happy,” the horror of her secret thoughts is laid bare. Where does a scary movie take a child when his textbook savior is also his villain?

Amelia crawls up walls, kills the family dog, shrieks like a monster, and yet the brutally honest moments when she is just face to face with her son are terrifying because they come not from the Babadook, but from the repressive corners of her own mind. “I was really wanting to explore parenting from a very real perspective,” Jennifer Kent said of writing the film. “Now, I’m not saying we all want to go and kill our kids, but a lot of women struggle. And it is a very taboo subject, to say that motherhood is anything but a perfect experience for women.” When Samuel screams at Amelia that she is not his mother, he is right. But she’s not unrecognizable for being possessed by the Babadook; she’s unrecognizable for letting the worst parts of herself, the parts she keeps locked up (her grief, her depression), overcome her parenting.

Amelia is not a cookie-cutter evil mom or an innocent, doting mother, but a fully fleshed-out female protagonist. That her actions cannot be simply attributed to evil spirits or demonic possession is the reason The Babadook is such a worthwhile, and scary, film. This isn’t about monsters against children, or monsters against mothers; it’s about a mother against a valid and vulnerable part of herself.

Filed Under: Movies, The Babadook, Hazel Cills, The Exorcist, Poltergeist

'Do You Like Prince Movies?' Podcast: 'Inherent Vice,' D'Angelo, and a Dramatic Reading of the Sony-Hack Emails