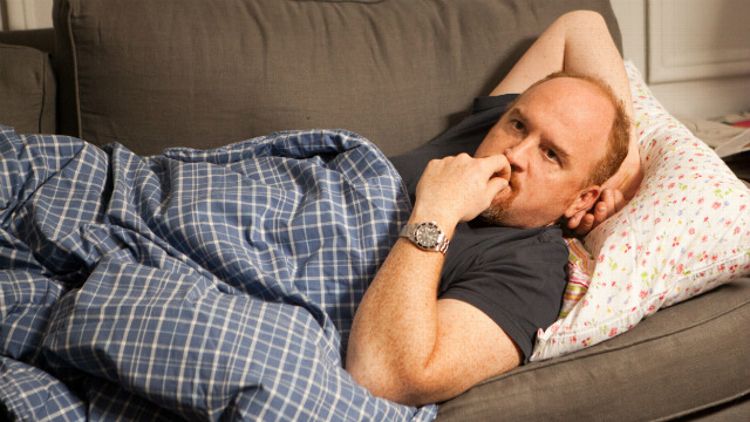 It was renowned (and recently deceased) film critic Andrew Sarris who popularized the “auteur theory” in American cinema. In extreme shorthand, it’s the belief that films are best viewed as the aesthetic extension of one human — the director — whose top-down decisions affect every aspect of what we see onscreen. In recent years, those of us who cover television for a living have come to apply the auteur theory to the idiot box as well, considering the best shows as ongoing art projects propagated by a single visionary showrunner: Vince Gilligan on Breaking Bad, Kurt Sutter on Sons of Anarchy, Whitney Cummings on Whitney.

This sort of thinking is helpful for scribblers on quick deadlines, but it’s inaccurate. Despite what Matt Weiner would have us believe, television is an inherently collaborative medium. Nearly everything that makes it to air is the result of dozens of tiny decisions, second guesses, and happy accidents. Budgets must be juggled, scripts rewritten and network agita assuaged. No matter how calm and reflective they seem in roundtable interviews after the fact, the reality is that most showrunners consider every season, successful or not, to be a grueling marathon through a minefield; the only way they make it across the finish line is if they’re carried on the backs of others.

And then there’s Louie. Dismissive of rules, independent of groupthink and proudly, occasionally frustratingly devoted to a singular vision, the half hour — which returns to FX tonight at 10:30 — has established itself as TV’s lone auteurist show. Every aspect of this unclassifiable series — Is it a Dramedy? A Sit-Dram? A Cry For Help? — is the product of the rumpled, sweatshirted mind of Louis C.K. He writes, directs, stars — even edits (well, until he fired himself this year, at least) each episode at home on his laptop. The deal C.K. made with the network before the first season is famously unique and deeply punk rock: They give him a relatively small sum of money, he goes away and makes television for them to air. Presto: DIY LOLs.

Except here’s the funny thing: Despite being widely considered the best comedian alive, the show C.K. delivered to FX is miles away from comedy. Yes, there are Seinfeld-ian interstitals of his stand-up routine, but the bulk of the show is devoted to absurdist, often heartbreaking whimsy. Other than Louie himself and his incredibly cute, tow-headed daughters, there is no continuity to speak of. Actors, family members, status quos come and go, washed away in the bracing tide of dick jokes and despair. Interesting threads, like Louie’s troubled teenage niece, are picked up, examined, and dropped as if by a forgetful seamstress. A blind date exits, stage-helicopter. A dog dies 30 seconds after being adopted. Mistakes are made, yet lessons are rarely learned. It’s always a delicate dance to determine how much of all this is autobiographical — the real C.K. is a divorced father of two girls, but his ex-wife definitely doesn’t look like this — but one Season 2 plot was recognizably true: Louie’s miserable experience filming a traditional sitcom. “We can’t have a show where everybody just says whatever because it’s cute,” he declared, before walking off the set. By refusing to do things the way they’ve always been done, Louie offers something even the most lauded dramas rarely do: surprise.

Which is possibly why it took me so long to warm to it. I have a feeling even its creator would admit that Louie’s idiosyncrasies can be alienating and many of its flights of fantasy don’t quite manage to stick the landing. (Last season’s lauded “Duckling” episode — in which Louie travels to Afghanistan and discovers laughter is the universal language — left me cold.) Anyone expecting convention will be sorely disappointed. But Louie is the rare kind of show that eventually teaches you how to watch it. For me, it took a recent Netflix binge to finally figure it out: Louie is best considered as a deeply personal, often deeply sad collection of vignettes. Woody Allen is the key influence here, another ginger joker who found himself suddenly more interested in the moments before the punchline, the deafening silence after the laughter stops. Yes, I cackled at the sight of Louie belting out The Who in front of his mortified kids, but it was the oddly lyrical subway scene that stayed with me, a Manhattan-influenced montage of a busking violinist, an obese homeless guy pouring water over his jiggly, sweaty belly, and Louie himself earning the respect (and fellatio) of his fellow passengers by mopping up a mystery puddle on the F train. (He may loathe himself, but God does Louis C.K. adore New York City — somehow his digital cameras make even the seediest streets hum and glow like a Gershwin tune.) And Louie’s unapologetically impossible love for guest star (and frequent writing partner and producer) Pamela Adlon has slowly slumped its way into becoming the most affecting romance on television. At the end of last season, after her millionth smiling rejection of Louie’s puppy-dog peepers, she headed off to a new life in Paris. She wanted him to wave to her, and he thought she said “wait for me.” Giving us — and Louie — the resolution we want is something that only happens on TV. Failure here isn’t a bug, it’s a feature.

The emotional wallop of that finale continues unabated in the first five episodes of Season 3. Onscreen, Louie may be an ice-cream-shoveling shame-spiral, but the auteur behind the camera never lacked confidence in his creations. Now, the more courageous he gets, the wider he stretches the canvas. In the premiere, his indecisiveness goes supernova, forcing a new girlfriend (the very good Gaby Hoffmann) to do his dirty work for him. The third episode of the season takes us to Miami, and it’s half beautiful, half unbearable. (I actually had to take a cringe break midway through that was longer than the episode itself.) For a long time I struggled with Louie’s inherent schizophrenia because it seemed so antithetical to its star’s relentlessly focused stand-up. But at some point between Melissa Leo’s warm and bawdy performance in the second episode and a rarely better Parker Posey’s dazzling, two-episode turn as a dream date, I realized that for Louis C.K. comedy and life are two entirely separate things. Louie, at its best and worst, captures the raw absurdity of reality before it’s carefully whittled into digestible, jokey bits. Onstage, Louis C.K. uses laughter as a defense against the world. The beauty and bravery of Louie is that he allows us to see him without that armor, as messy and needy as anybody else.