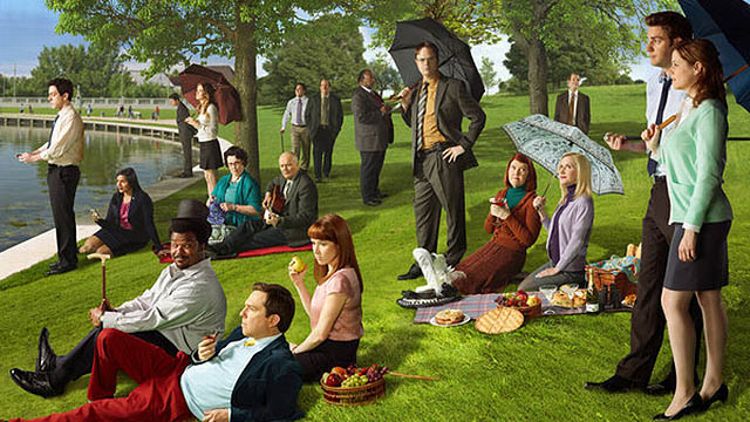 On a random summer Tuesday, executive producer Greg Daniels casually let slip that the upcoming, unasked-for ninth season of The Office would be the series’ last. Unlike with the premature passing of similarly influential sitcoms, there will be no kvetching in the streets, no mail-in campaigns, no strongly worded letters. This is an act of mercy, no different from the necessary euthanasia of a beloved pet.

Last season, the first without Steve Carell in the big chair, the show rolled the dice with a new look and new additions to the cast, including James Spader as a bloated blowhard and Catherine Tate as a crazy person. The transplanted organs didn’t take, and what had long been the crown jewel of NBC’s Thursday-night lineup deteriorated into a shell of its formerly funny self. But the perpetually decent ratings — and NBC’s perpetual lack of better options — kept The Office on the air. It became a zombie show, shuffling through the motions, unable to say much of anything. This was a shame. At its best — which was quite a bit of the time — the show skewered the mundanity of the working world with a sly humor and a surprising warmth that was mostly absent from the British series that spawned it. Seeing The Office itself become mundane was as depressing as a night at the Schrute Farms B&B. (Speaking of which, plans continue apace for a Dwight-centered spin-off, The Farm, possibly for fall of 2013.)

By announcing an end date now, Daniels and his talented team of writers have plenty of time to wrap things up in a dignified way. Nothing turbocharges an aging show like seeing the finish line, and it will be exciting to experience The Office with forward momentum again, something Michael Scott stashed in his carry-on luggage for his flight to Colorado. No doubt there will be plenty of opportunities for victory-lap cameos by Carrell and the newly departed Mindy Kaling, and a few final pranks pulled by a married father of two who really should know better. Yet strangely, the one lingering plot point that Daniels did promise to address is the one that seems the least essential. As he told Variety: “We are going to see who’s behind the documentary and we’re going to meet some of them.” Of all the fictions The Office has used over the past nine years to entertain us — that people stay in the same jobs forever, that work family is better than real family, that Pennsylvania pizza is delicious — the documentary structure has aged the least well, particularly as the need for new plots has pushed story lines away from the Scranton Office Park. Who are these silent, probably beardy types who think nothing of crashing into people’s homes and parties (so very many parties)? And what, exactly, is the potential distribution model for a 5,000-hour documentary about people doing stuff? Don’t these questions unnecessarily complicate the show, not enrich it? The documentary format started as a witty hook, but eventually morphed into an inhibiting anchor. At the end of its impressive run, what matters about The Office is the characters, not the conceit.

Besides, even the unmasking of the crew pales in comparison to the show’s biggest, most incomprehensible ongoing mystery: Just who in the world is still buying this much paper in 2012? I fear not even the estimable Daniels is a brave enough storyteller to tackle that one. We shall see. The Office returns for its final season September 20.