The Octavia Spencer Murder, She Wrote Reboot Is Going to Be Flawless 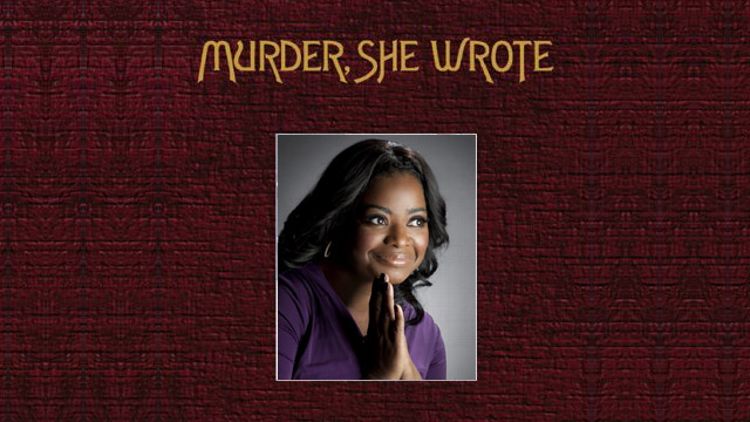 In the mid-’90s, my mother had an important job. She had to raise a little black boy, perfectly. There was no room for error. So, in this process, there were a number of highly purposeful maneuvers to make sure the job was done without hiccups. Where we lived, where I played sports, what conversations we had (and didn’t have), and especially what I was exposed to on television. For every TGIF show there was A Different World, for every SNICK show there was The Fresh Prince of Bel-Air, and for every Rugrats and Doug, a Martin or Living Single.

Every now and then, however, she’d slip up. She wouldn’t realize I was in the room. Or she would think I was sleep, when I really had one eye open. That’s when Matlock would pop up. Or Columbo. Or Perry Mason.

There’s a pretty phenomenal story of me as a little boy sitting on the toilet asking my mom where white people came from. It was a valid question, because chances are if you lived in Southwest Atlanta in the mid-’90s, you weren’t seeing many. After learning that the answer was less “the moon” and more “the north side of town,” I began to develop a curiosity in these white people. And most of my first main exposures were on television. And in that first wave were four shows centered on middle-aged white ladies that my mother, and eventually I, couldn’t get enough of: Murphy Brown, The Golden Girls, Designing Women, and, of course, Murder, She Wrote.

Because these shows were so present in my home, I grew up with an unfathomable trust and respect for white women in their forties to sixties. I thought they were funny, witty, sassy, prone to getting into sticky situations with their girls, fantastic investigative journalists, and, of course, top-notch amateur detectives who were infinitely more observant than the actual police.

I also had no knowledge of these shows beyond the confines of my living room. I had no idea how much of a cultural phenomenon Murder, She Wrote was. Knowledge of Angela Lansbury as an actor who was winning awards did not register. All I knew was Jessica Fletcher, a really good mystery writer who lived in Cabot Cove, Maine (a town I recently learned was fictional), and was perhaps the greatest crime solver of all time. I respected her for it.

My respect has often translated into a defensive attitude toward the show. The insane passion people have for Olivia Benson on Law & Order: SVU is what I have for Jessica Fletcher. She has been my old, white lady sleuth for more than 20 years. I’m quick to snap on a Murder, She Wrote hater (they’re out there) and quicker to judge someone who is not well-versed in the show’s arc.

So, naturally, the last thing I’d ever want is anything that tarnished the legacy of my show. You know, like a reboot. Because there’s only one direction to go with a show like this, and it’s down. Right?

Oh my lord, never mind, this is perfect.

Just think about the intro, for a second.

It’s almost too much to handle. And that’s only the intro.

Temporarily, however, the joy has to be slightly muted, because it’s not a done deal yet. It has been granted a pilot commitment and nothing more. But how could this possibly go wrong?

Well, if they changed the intro from classical to a Young Chop beat and renamed her “Dressica Fletcher” and pitted her as a mystery-romance novelist counterpart of Zane and had her solving crimes in Gary, Indiana, this could certainly go very wrong.

But I don’t think they’ll do that?

In the time being, you just have to feel wonderful for Octavia. She has had a noticeably tough time landing roles that weren’t of a similar “typecast,” if you will. Some of her roles, pre–The Help, per IMDb: Roark’s Nurse, Evelyn the Maid, Nurse no. 2, Cashier, Nurse B, Baby Nurse, Waitress, Unemployment Clerk, Check-In Girl, Waitress, Security Guard, Neighbor in Alley, Big Customer, Streetwalker, Nurse, Home Health Care Nurse, Troubled Woman, Detention Teacher, and Nurse Daniels.

Call me crazy, but I think Octavia has more than earned the right to not serve or care for people in roles and, instead, be a crime-fighting, graceful superhero.