The Movies of 1994: Catching Up with Garette Henson of ‘D2: The Mighty Ducks’ 20 Years Later 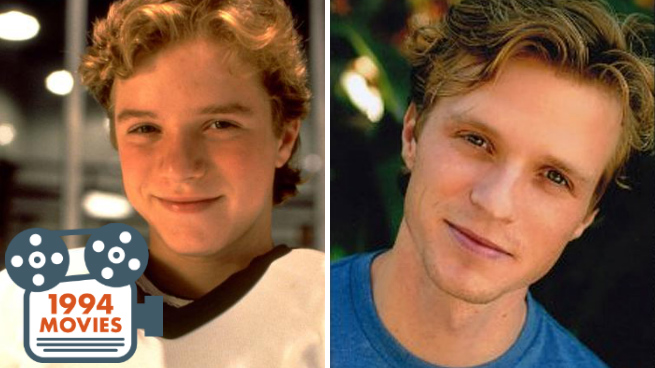 In the year 1994, the movies were great. Greater than usual. Blockbuster or indie, rom-com or action thriller, there was something indelible about so many of them. Throughout 2014, Grantland will look back at some of the most memorable, beloved, and baffling releases of that magical time around their 20th anniversaries. Today: Rembert Browne on D2: The Mighty Ducks, released March 25, 1994.

On March 25, the 20th anniversary of the release of D2: The Mighty Ducks, I emailed Garette Henson, asking if 11th Street and Third Avenue in Manhattan was a good place to meet at 7 p.m. The date was appropriate for our meeting, because Henson portrayed Guy Germaine throughout the entire Ducks trilogy, solidifying himself as an iconic character for an entire generation of kids who grew up on these films.

The guy was in the Iceland-USA shootout, after all. And made his shot. Because — controversial — he’s the second-best Duck (behind Cake Eater).

Anyway, we met at a restaurant, the Smith, because I really wanted oysters. The way Henson walked in, he could have been anyone. Between the big headphones and the Canada Goose jacket that one out of every three New Yorkers has purchased and worn this winter, he didn’t look like someone who was about to get interviewed. Or who was ever famous. But then we sat down. And within minutes it was clear that Henson had a lifetime of stories to share. And after about 20 minutes of chatting and ordering oysters for both of us, I remembered to turn the recorder on.

I was explaining to someone that I had apprehensions about talking to you, because the last thing I’d want to talk about — ad nauseam — as an adult would be my teenage stardom. But, you know, here we are. Was there a period of time where you felt like your past as an actor would always come up in conversations? Does it still? At what point did it most annoy you?

I think it most annoyed me around 1998, right when I went to college. When I first stepped away from acting. It’s obvious I didn’t have a traditional childhood, but for me, going to college was my opportunity to experience traditional young adulthood. And I was excited to get away from acting. And it was always something, my acting, that I never told people about. It was sort of embarrassing when it came up, because growing up being an actor and growing up in movies like The Mighty Ducks that were such a success, everybody knows you’re an actor. Everybody would know who I was when I came to a party in high school. I didn’t like that. And it created a sense of insecurity with me because I was never sure who I was actually vibing with versus [who was] actually interested in me just because I’m some fucking actor.

An interesting thing is that you were kind of playing your role in real time. You weren’t some 25-year-old playing a teenager. How was that, just existing among your peers who were obviously connecting with your movies directly?

With The Mighty Ducks, and with Casper [Henson played Vic DePhillippi, crush of Christina Ricci’s Kat Harvey], for example, those are movies that, for whatever reason, were big movies for people of our age. So there will still be, once a month, someone who sees me walking down the street and [goes], “Wait, are you from The Mighty Ducks?” And I’m like, “YES, that is amazing.” But for me now it’s switched from this thing that I felt embarrassed about to this thing of pride. I’m thrilled to have been in these movies that were so huge. 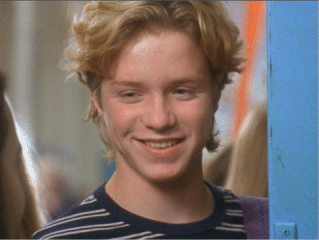 So one of my favorite aspects of the Mighty Ducks films that I learned about years later is that your brother is also in the movie? Elden Henson, a.k.a. Fulton Reed. Did that make things more fun? More stressful? What was that like?

We were both born into an acting family, acting as long as I can remember. We both have had varying levels of success at different times, and it was a very encouraging, not competitive process. We were different ages, so we were never going after the same roles. And it was fantastic that we were both in it. It was certainly stressful when we were both up for roles and not sure if we were both going to get one. But once we both got roles and were doing it, it was great. My brother and I are very close — we’re just three years apart in age. And he’s one of my best friends. 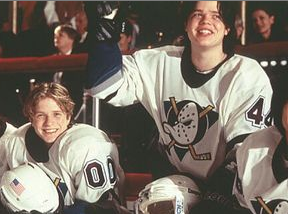 Also, the best part for us about The Mighty Ducks movies was that there wasn’t really any consideration that we were siblings in us both landing parts in the film. That didn’t really play into it. We both screen-tested for the film and I got the role of Guy and they said no to him for the role of Fulton. Said he wasn’t tough enough. He didn’t have this bad-boy look. But the producer, Jordan Kerner, was adamant that my brother could do it. So [Kerner] dyed [Elden’s] hair black, put a fake scar on his cheek, and re-screen-tested him under a different name. And the execs over at Disney were like, “See, this guy is perfect. This is what we’re talking about.” And Jordan was like, “Great, I’m glad you like him. Also, that’s Elden Henson.” And they were like, “OK, whatever, put him in there.” So yeah, it was great.

And those were formative years to spend with your brother. And, I guess, everyone else in the film.

Yes, and the fact that there were three of them. Spanning from when I was 11 to about 16, which was incredible. A lot of firsts happened on location in Minnesota. First time I smoked pot; lost my virginity. And a lot of first memories with my brother and Vinnie, who played Adam Banks. 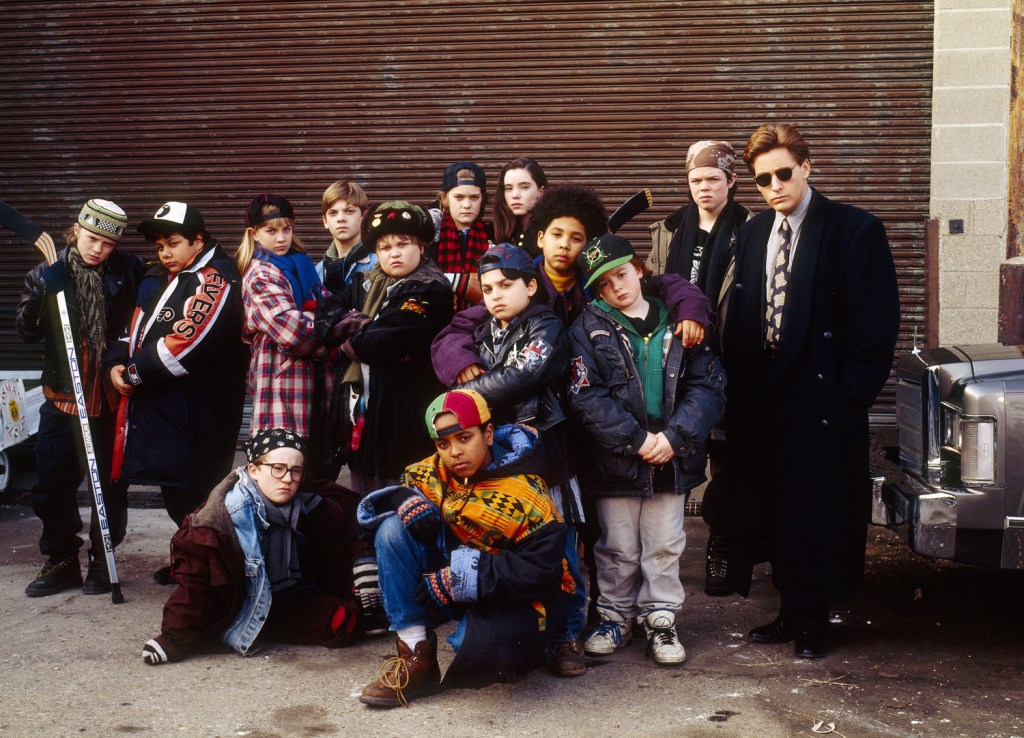 I was going to ask, did you know any people beforehand? Have you kept up with some better than others, since?

I didn’t know anyone beforehand, other than my brother. Vinny I’m still in touch with; we’re still close friends. 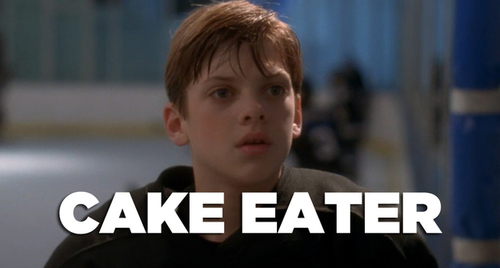 That’s about it in terms of day-to-day people. At the time on set, however, I was really close with Brandon Adams (Jesse Hall). Just a great kid. So much fun.

[Note: Garette’s inner circle = him, his brother (Fulton), Vinnie (Cake Eater), and Brandon (Jesse Hall), a.k.a. everyone from the shootout who made his shot, a.k.a. #illuminati]

And Josh. Josh is a great guy.

I’m not in contact with him, but ran into him about five years ago in Paris. Just randomly walking down the street with my brother and wife. And it’s like, when you spend that much time with someone, there’s this unconditional bond.

You can just pick right up where you left.

Exactly. And we went out to dinner. And got trashed. And had the best night ever.

What’s been your brother’s trajectory in acting?

He went to Emerson when he was 18, he was there for one year, and then got this movie called The Mighty with Sharon Stone. And he was the lead in that. So suddenly he was getting a lot of work, and was getting access to a lot of auditions. So he wasn’t really willing to go back to Emerson at the time. And pretty much from there has been acting straight through. The tough thing about acting is that there’s no guarantee. You can have a killer year and pull in a lot of money and then not work for three years. There’s no rhyme or reason. He’s had a couple spots like that, but overall has managed to be a working actor, basically for his entire life.

And I saw he’s in the next two Hunger Games movies. Which is not a bad thing. The world of child acting is such a crap shoot. With a cast like The Mighty Ducks’, it’s so clear how many different directions things can go.

Yeah, it’s interesting, man. Because there are so many different ways to look at that experience. Positively and negatively. I think having that kind of success at a young age can be difficult. In the sense that, as I was getting older and entering my early twenties, not sure what I wanted to do, there was this feeling of worry of “Is the most successful thing I’ve done in my past? Is that the biggest thing?” That’s fucking terrifying.

Having that kind of success — that young — made me expect success, but without any understanding of work ethic. That’s what I spent my twenties trying to figure out. When I was a kid, shit just worked out. I just got stuff. Made tons of money and got to travel the world. But I guess in a lot of ways I didn’t understand what it took to earn money. Yeah.

How did you begin to get out of that twenties slump?

For me, it was a question of figuring out what I wanted. When I finished college, I figured I could go to L.A. and work. “I’ll do that.” And then it was a question of, “That’s not working out. I know I can do something great, but what is that and how do I put my full heart into it?” And once I figured that out, that’s when I got back on track. When I finished undergrad, I was like, “I’m going to L.A. and getting on a TV show.”

Exactly. I mean, I didn’t go in there like a dick, but I didn’t have the work ethic it took to get on those TV shows. I didn’t work for it. Compared to some kid fresh out of college that never worked before, I guarantee they put much more time into it.

Did you do any acting at Sarah Lawrence, where you went to college?

I was so not interested. I was the first time I didn’t act. It was absolutely wonderful.

Is your wife in the film industry?

Not really. She’s a writer. Fiction writer. Wrote her first play that went on a short three-night run downtown in February, which was great. We’ve started cowriting things together, she cowrote my thesis film with me, and we’re working on a feature script together.

Did you meet in college?

Yeah, we’ve been together 13 years. And we’re expecting our first baby in September.

The funny thing is that Elden is expecting his first child in June. Which wasn’t planned, but it’s amazing that these cousins are going to be so close in age.

That brings up a fitting last question: Would you let your kids act?

[Long pause.] If they really wanted to, I wouldn’t keep them from doing it. But I wouldn’t encourage it.

There’s definitely a certain age where the parent is calling the shots, though. Your 2-year-old isn’t like, “Dad, I want to be an actor.”

No, it would be more like: “You’re not going to do this until you’re 18. And then if it’s something you want to do, then yes.” With the exception, that is, [that] I’d put my child in my own film.

But I’d be much more adamant about them having a more typical childhood. I think it’s invaluable.