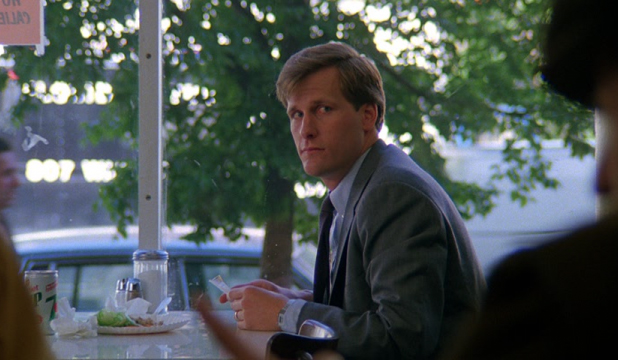 It is the year 2014, and starting this weekend, Jeff Daniels will deliver one of the most delightful and satisfying cultural ironies in the history of American popular entertainment: He’ll star in The Newsroom and Dumb and Dumber To at the same time.

Daniels could’ve been Tom Hanks. But a look back at his career, which will, no doubt, peak with Dumb and Dumber To — a movie whose existence seems so improbable that it’s making me question my own existence — reveals the strange case of an actor who, not just once, but twice, on the brink of mega-stardom, slipped out of the mainstream and into little pockets of Hollywood. Like Hanks, Daniels has often bridged goofball comedy and serious drama, often at the same points in his career. But instead of reaching that level, he’s become more of a John C. Reilly type, a polymathic actor beloved by some and completely disregarded by others.

A list of Daniels’s roles from that first 15 years of his career reads well: After coming up in theater and television, he followed his 1981 film debut in Ragtime with a role in the Best Picture–winning Terms of Endearment in 1983, then a Golden Globe–nominated part in Woody Allen’s The Purple Rose of Cairo in 1985. He struck again only a year later with Something Wild, Jonathan Demme’s bonkers kidnapping/romance/road movie in which Daniels played a seemingly straitlaced businessman who’s pressed into hysterical action. This might be the consummate Daniels performance, capitalizing on both his wholesome, I-have-a-401(k) face and the shocking depth of emotion that it hides.

Just as he seemed to be building momentum with Something Wild, poised to become the kind of serious/sincere leading man that the ’80s and ’90s did so well, Daniels hit his first interregnum. He essentially went seven years without making a film of real note, unless you’re a big fan of spider-based horror-comedies. But in 1994, after regaining his footing somewhat with a part in the Civil War reenactor’s wet dream that was Gettysburg, Daniels had an instructive comeback. That year, he starred in both the original Dumb and Dumber, a movie as inane as it is hysterical, and Speed, one of the ultimate ’90s action movies. 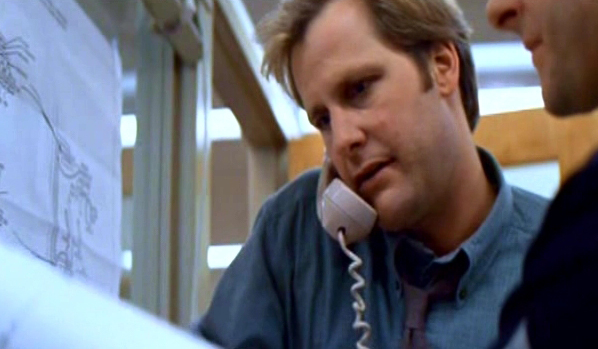 Offscreen, and in some of his lesser parts, Daniels looked like your dad — a guy with a long, canine face and the kind of sweaters they wore on Seinfeld. But in both Dumb and Dumber and Speed, he went full-bore Hollywood, vamping in very different ways for very eager audiences. Daniels’s solution to his downshift out of the mainstream was to exaggerate, and it worked. Compare him to Hanks at that point: Exiting 1994, Hanks had just made Sleepless in Seattle, Philadelphia, and Forrest Gump. If Daniels had picked up his big, serious role in 1995, he would’ve sent his career on an impregnable upward trajectory.

That didn’t happen. In 1995, Hanks made Toy Story and Apollo 13, cementing his status as an icon. Aside from 101 Dalmatians, Daniels didn’t ring the bell again until 1998’s Pleasantville, and that was in a supporting role. It was a decade later when he once again found the kind of work that he seems to thrive on.

Fast-forward another decade, and, excluding two strong turns in Joseph Gordon-Levitt movies, The Lookout and Looper, Daniels has reached some modicum of stability. In The Newsroom, he plays Will McAvoy, a part for which he won an undeserved Emmy. It isn’t that Daniels is bad in the show, it’s that the show itself is a self-righteous, proselytizing fable that barely tries to hide that its true star and subject is the writer/creator and his opinions.

Liking or not liking The Newsroom as a TV show hardly matters, and both positions are defensible; considering Aaron Sorkin’s aims, the fact that it’s been on the air, available for consumption by the public, is validating enough.

By releasing Dumb and Dumber To at the same time as The Newsroom’s “final episodes,” Daniels has pulled off a wonderful encapsulation of his career. As he’s acted, Daniels has also kept busy otherwise: He’s made music, led a theater company, and become one of the patron saints of Michigan. He’s made a point of being furiously hard to pigeonhole. Tom Hanks was never hard to pigeonhole, because he was Tom Hanks, an actor who transcended roles and tonal shifts. Stars can do that. But your role selection has to be unimpeachable, and Daniels’s has been far short of that ideal. He’s become the rare double-sided character actor, John C. Reilly minus the auteur turns, David Strathairn with a little more name recognition.

And, for those of us seeking Sorkin Schadenfreude, Dumb and Dumber To’s unlikely status as an actual movie helps puncture The Newsroom’s facade. When Sorkin’s show is on, he can take real-life events and render them into whatever pulp he wants. But he can’t keep his hero from moonlighting as this guy.