The Maester Learns Dothraki, Week 1: The Baby Steps of a New Language Warrior 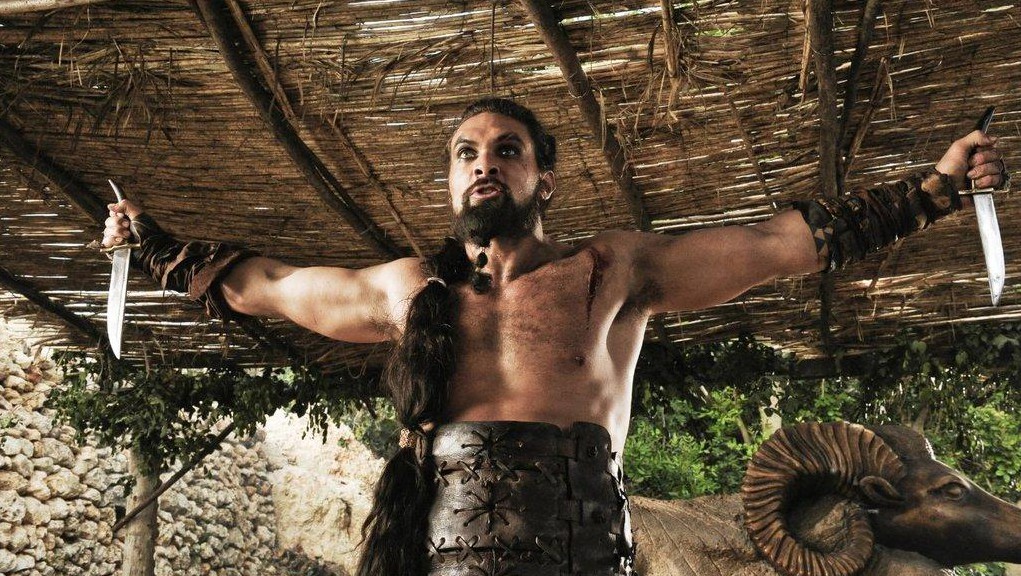 On the eastern continent of Essos, well inland from the fractious and perpetually warring Free Cities, past the mighty Rhoyne river and the Forest of Qohor, lies the vast grassland of the Dothraki Sea. Therein reside the nomadic horse tribes of the Dothraki. The environment is unforgiving; the only guarantee against starvation or a brutish death at the edge of an arakh is strength. And strength, above all, is the currency of the Dothraki. The Dothraki follow only the strongest; their leaders wear their thick, black hair in a single braid laden with tiny bells. Ancient tradition dictates that when a Dothraki warrior loses a battle, he must cut off his braid in shame; discerning the strongest among the tribes is as simple as measuring the length of their hair. They are fearless riders who do battle stripped to the waist, considering armor a sign of weakness. Their weapons are the bow and the arakh, a scythe-like cavalry sword, and their tactics are a choreographed blur of feints, charges, and false retreats.

The Dothraki are animists, worshipping the natural features of their vast domain. There is the Womb of the World, a large lake central to the Dothraki’s creation myth, and the Mother of Mountains, the holy mountain where Dothraki men, and only the men, sacrifice to their primitive gods. They are disdainful of cities, villages, any type of permanent settlement. Any Dothraki warrior would consider a castle to be the height of cowardice, as only a true craven would hide behind his walls.

Answers to your burning Game of Thrones questions.

Still, the Dothraki can be pragmatic when it’s advantageous. And so, located in the heart of the Dothraki Sea is Vaes Dothrak, the capital of the Dothraki and the key hub of trade. Slaves, spices, wines, and weapons flow into and out of Vaes Dothrak, and the tribes offer safe passage to foreign traders so long as they do not profane the Dothrakis’ gods. The buildings of a Vaes Dothrak are a cacophony of structures built from repurposed timber and woven grass by slaves wrenched from the Dothrakis’ countless plunders.

The language of the Dothrakis — called simply “Dothraki” — is a collection of rugged, almost guttural sounds that belies its expressive power. To learn this language, to do it the right way, the only way, means to travel to the source. To cross the Narrow Sea, ford the Rhoyne, turn on my laptop, and log onto LivingLanguage.com, where trained linguist David J. Peterson — the man who created the Dothraki and High Valyrian languages for Game of Thrones — has built a course for a fake language that he invented for a fantasy show based on a series of books that may never be finished.

“Isn’t that like when people learn Elvish?” my wife asked me, after I told her I was going to try to learn — sorry, need to start thinking like a Dothraki — after I told her I was going to learn Dothraki. The answer is yes, of course, with a few subtle differences. (1) Elvish sounds like if the Swedish Chef were the lead singer of Sigur Rós, and (2) Elvish was actually created by Tolkien for his Lord of the Rings books. In contrast, Dothraki sounds like getting mugged by Javier Bardem in Marrakech and was created by a dude who won a contest. An extremely talented and passionate dude who won a contest, who also created languages for Syfy’s Defiance and the CW’s Star-Crossed, but a contest winner nonetheless.

I’ve always loved languages from a historical sense. Loved reading about how they evolved. As such, I’ve tried many times, using various methods, to learn a second language. I took three years of French in high school and can semi-competently tell someone en français what my name is as well as ask where the library is. My memories of those three years mostly involve watching The 400 Blows (worst porn movie ever) and Godard’s Breathless twice a year; being subjected to a French language children’s show called Telefrançais that featured a talking pineapple (“Anana”) who was always being told that something he wanted to do was impossible (“c’est impossible, Anana!”); and the one time my possibly alcoholic French teacher cut himself shaving but didn’t realize it and came into class with a rivulet of blood snaking down his neck where it stained the collar of his shirt. Also, one time a kid who sat near the teacher’s desk stole his wallet and threw it out of the classroom’s second-floor window, down into the parking lot, when the teacher went to the bathroom. Later, when I lived in California, I picked up enough rough Spanish to profanely order tacos. A year ago, I attempted to learn a bit of conversational Tagalog ahead of a trip to Manila for Grantland. That one is simply too humiliating to discuss in any detail.

That said, I think Dothraki is where I finally get it right. What I needed, I’ve decided, is a new language, a virgin palate, a tongue unburdened by millions of flesh-and-blood native speakers, their impenetrable slang, and those quizzical the-fuck-is-he-saying looks they give you when you’ve mistakenly said, “What to go eggs you?”

So, let’s begin the nerdiest of all journeys. Or rather, Dothralates! 1

The first Dothraki lesson begins, as you would expect, with the building blocks. Pronunciations, basic words, and phrases. Peterson combined phonological elements from Spanish (rolled r’s) and Arabic (throat-clearing kh’s) to create Dothraki, and getting used to creating these sounds without spitting on my laptop is the first hurdle. Also, the throat-clearing kh complicates the standard pronunciation of “Khaleesi,” and possibly ruins Halloween for hard-core ASoIaF nerds. According to Peterson, “Khaleesi” has three distinct pronunciations. Two have the throat-clearing kh: Khal-ee-si, which sounds like you were saying “Khaleesi” but were slightly depressed, and Khal-i-si, which sounds slightly more hopeful and casual. And, finally, K-al-i-si, which is apparently how “non-native speakers” pronounce it. I live for the day when I can accuse someone of being a non-native Dothraki speaker. 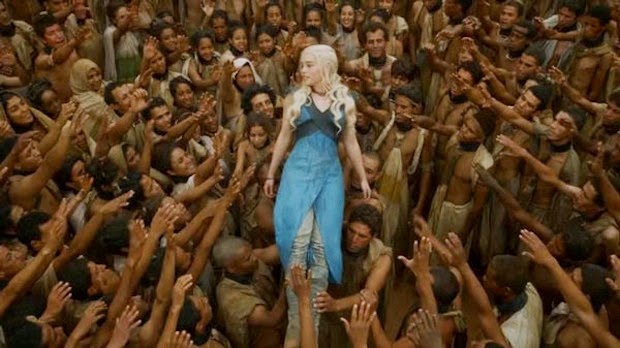 Staring at the first lesson, one column of letters with a second column of pronunciation examples and sound clips, I recognize within myself that sapping of idealism that has so often stopped my forward progress in the studying of a language. I have, in the past, fantasized about strolling the 11th arrondissement while smoking awful cigarettes and cursing taxi drivers in lightly accented French; bantering about the soccer game while asking for sour cream in my burrito; talking to relatives in Manila in the language of my people. Today, it’s visions of screaming Khal Drogo–esque war cries and threatening to raze villages to the ground while riding the subway as people look on in uncomprehending muteness and growing concern.

And yet it all starts so blandly, with rote memorization and mimicry. Where is the romance? Is there no better way?

Anyway, that’s the first several hours — just trying to memorize the sounds you make when confronted with tth and kkh and aa. Learning how to greet my fellow bloodriders, how to bid them farewell. I decide to copy the words and definitions longhand so as to create multiple neural pathways to fluency. I hide the notebook under a stack of letters so that no one will see it.

Also, I feel like I should note that the voice actors effect a weird kind of frog-voice in their pronunciation examples. It sounds just like Danny from The Shining’s “redrum” voice. I can’t figure out if this is the language’s “natural” inflection or if the voice actors are just trying to sound like Jason Momoa.

Word of the Week

Oqooqo. “Heartbeat.” Q’s are pronounced like hard k’s. With double vowels, each vowel is pronounced separately, adding a kind of ghost syllable to “oqooqo” so that the word sounds like oh-ko-ok-oh. It just sounds like a person imitating the rhythm of a heartbeat. I just like that one.

Phrase of the Week

Alegra erina. “The duck is kind.” The brutal, pillaging Dothraki apparently have a thing for waterfowl. Something that I immediately like about the Dothraki language: You can put a noun next to another noun or phrase to express what the noun or pronoun is. This makes things pretty easy, conceptually. “Alegra” means duck and “Erinat” means “to be kind.”  I feel like this one will be useful.

Lessons of the Fall: The Three Things We’ve Learned From the New TV Season