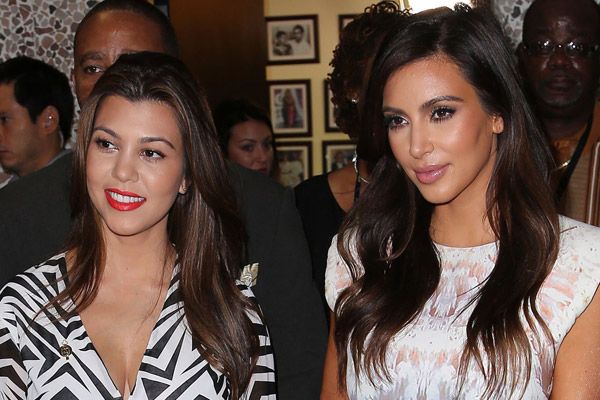 No new Kourtney & Kim this week, because of, I don’t know, a football game, I guess? So I’m going to answer every question anybody asked me on Twitter, in the comments sections below last week’s recap, and over Gchat, because all I know how to do is give and give and give.

“Parenting-wise, are you gaining any hot tips from this Kardashian program?”
— Jessica Hopper (@jesshopp)

Yes — monetize, monetize, monetize. Parenting makes you a better person, but the start-up costs are ridiculous; it only makes financial sense to offset them by getting your kid on a reality show as soon as your state’s child-labor laws allow, so that in your declining years they’ll have the endorsement money to provide for you as you’ve provided for them. I learned all that from Kris Jenner, except for the part about parenting making you a better person. Also, my daughter appeared multiple times in my football column, and while I haven’t read the fine print of my ESPN contract, I think that means she’s already technically a Disney character, like Eeyore or Wolverine.

“How did you miss that Dani the lesbian was one of the finalists on ‘A Shot at Love with Tila Tequila’? By far the most interesting/sketchy thing about that entire episode.”
— Brian Grossi (@BrianGrossi)

Pure, unforgivable negligence on my part. I bailed out of ASLw/TT after two or three episodes — there was something coerced and hollow-eyed and Serbian Film–y about the whole enterprise and I felt like I was risking a case of eye-chlamydia by sticking with it. But Dani did seem familiar on Kourtney & Kim — and weirdly at ease with the camera — and now I know why. Ms. Tequila has said that Dani was the contestant she actually fell in love with, but the producers of the show forced her to pick a guy, which led to her quitting the series after a contractually mandated second season and depriving us of a third; this helped make Dani into the kind of folk hero people make Paramore-soundtracked YouTube tribute montages about.

So I’m with you on “interesting,” although I don’t know if it’s “sketchy” — it’s not like this show was operating at a Frontline level of documentary realism up until this breach of ethics, or claiming to. I tend to think of the Kardashians as America’s most popular improv troupe; these shows are about real people conducting themselves and reacting to each other within totally contrived situations. I didn’t recognize Dani as a plant, but the whole “lesbian bromance” subplot still didn’t seem in any way organic to me; you don’t have to read the nutritional information on the can to know that Mountain Dew does not flow down in streams from actual mountaintops.

“Do you have any fear that you will become emotionally invested in the Kardashians, given your recent football experiment?”
— Mark Baker, Grantland commenter

I reject the premise. I went from having never cared about football before to caring kind of intensely about the Cincinnati Bengals; it would be impossible for me to claim that I wasn’t to some degree emotionally invested in the Kardashians long before I started writing about them. I teared up a little when Kourtney hand-delivered her own baby at the end of last season, and that was mostly because my wife was full-on crying and I’m jealous of her ability to feel unalloyed feelings, but not entirely. I hate a lot of the people on this show, and hatred is an emotion, and so is pity, and so is the shame-tinged empathy I feel for Scott Disick (the very broad strokes of his experience as son/brother-in-law to a family crowded with strong personalities are not unfamiliar to me). And I love Khloe, unironically and unreservedly.

“I’m watching my first ever ep of kardashians…is scott disick a good or bad person?”
— Grantland’s David Cho, via IM

He’s a boob. But I’ve become convinced he’s a self-aware boob — that whether or not he’s actually as big of a preening, cane-twirling jackass as he seems to be, he’s conscious that this show needs him to be a preening, cane-twirling jackass, the way a pro wrestling heel understands why he’s swinging a folding chair at somebody. Also, his arc from villain to comic-relief character illustrates some interesting things about this show’s evolution. A few weeks ago I went looking for a video clip of Scott’s mirror-punching Patrick Bateman meltdown in Miami and ended up reading a bunch of other people’s old recaps of that episode; out of curiosity, I started voting in the bottom-of-the-page “Should Kourtney Dump Scott?” snap-polls, just to see where the results stood, and pretty much all of them seemed overwhelmingly in favor of her kicking him to the curb. She didn’t, though, and over the ensuing years Scott’s become sort of mission-critical to this show from an entertainment-value standpoint, mostly because he’ll do anything — Sweet 16 parties, lesbian bromances, this. This season of Kourtney & Kim Take Miami is really Scott Takes Miami While Kourtney & Kim Discuss Their Eggs; he’s doing all the heavy lifting plot-wise, whereas Kourtney seems determined to carve out a zone of privacy within the panopticon of this show by never doing anything worth filming. So, I don’t know; I guess Scott’s a good person who plays a ridiculous person on TV. I’ve come around on the guy to a degree that I never thought possible — although “Get off my Scott Disick” is a strong contender for Worst Pseudo-Clever Kanye West Pop Culture Reference O.A.T.

“Not sure how relieved Khloe should feel if Robert Kardashian isn’t her father. Isn’t having Kris Jenner as a mother the problem?”
— Eric Killian, Grantland commenter

Well, yeah, and that’ll still be true no matter what, obviously. I think maybe “relief” was the wrong word to use, but we’ve seen Khloe struggling on this show with the question of her identity as an individual and as a part of this family — cf her whole I’m-not-a-Kardashian-I’m-an-Odom meltdown from last year in New York — and (for some reason) I like to fantasize that if and when she finds out her mom’s been lying to her about her parentage all these years, it’ll be cathartic as opposed to traumatic, and that we’d somehow end up with this fully actualized rogue post-Kardashian on the loose. I mean, imagine what Khloe knows about how the sausage of the Kardashian brand gets to your table. Imagine what she’d say. It’ll never happen, but I love the idea of her becoming a cross between Russell Crowe in The Insider and Ripley in Alien Resurrection, taking a flame-thrower to the lab after she realizes she’s a clone.

Well, it does say “Sports and Pop Culture” right there on the tab. I would argue that the Kardashians are both.

DIVAWATCH: A Second Opinion on Beyonce, and Thoughts on the Other Super Bowl Divas