The ‘I Wanna Marry “Harry”’ Premiere: Who Wants to Look Like a Dummy Fighting Over Fake Royalty? 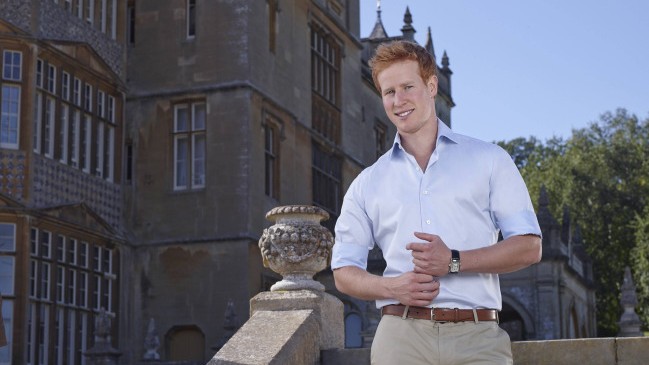 I Wanna Marry “Harry” belongs in the class of shows my father dubs as “mean-spirited,” a member of the Fox reality programming of yesteryear like Joe Millionaire, My Big Fat Obnoxious Fiance, and Temptation Island. As is customary to the genre, I Wanna Marry “Harry” aims to deceive, convincing 12 American women that they have been whisked off to a castle to meet the fun-loving, responsibility-lacking Prince Harry. In reality, they’re being courted by an average not-that-look-alike on what appears to be the set of Downton Abbey.

There has been a host of criticism about the show since it was first teased to the media, accusing it of being exploitative, depraved, and the worst of all reality TV sins: fake. Accusations have been flying and calls for a boycott have been issued.

I, on the other hand, welcome Marry “Harry” with open arms. It’s a security blanket to quell my nostalgia for the kind of reality programming I grew up with. Sure, it’s deceitful. Sure, the women come off at times as gullible, unscrupulous patsies. And sure, I have my reservations about what this program says about the moral compass of this great nation I call home. But hey, it’s pretty damn entertaining, and sometimes entertaining is all I need.

The premiere begins by introducing us to our protagonist, Matthew Hicks. The guy kind of looks like Prince Harry … from far away … at a dimly lit bar … if you’re squinting. In fact, the only real resemblance between the royal heir and the 23-year-old oil spill worker is that they both have red hair and a British accent, despite what Fox’s “facial recognition software” would lead you to believe. 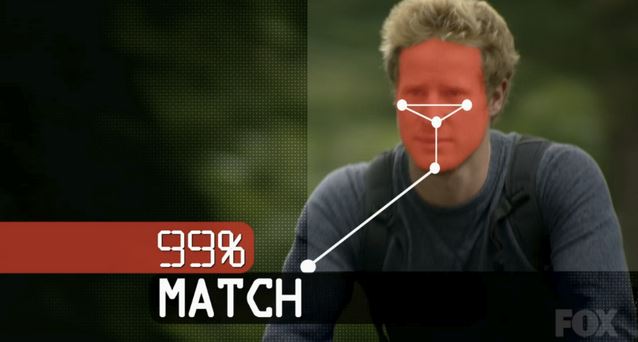 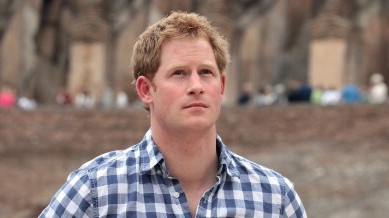 Still, Matt is given a crash course on Prince Harry’s vitals to round out the facade. Kingsley, the butler/show’s host, quizzes the impostor on etiquette, lineage, and “Prince Harry facts.” I’m sorry, but if these girls aren’t in tune enough to recognize that it’s not Harry the moment he steps foot out of the helicopter, I don’t think they’re going to know what his favorite breed of dog is.

Right away, there are definitely some holes in the premise. On top of the fact that Matt only bears a passing resemblance to Prince Harry, they don’t really cover how they are going to avoid acknowledging who this guy is over the length of the show. When asked what his name is, Matt responds, “That’s for me to know and you to find out.” Apparently Matt will rely on playground snark to get him through the next two months.

Just as the producers hoped, however, speculation among the women that the man in front of them is actually Prince Harry spreads faster than jelly on a scone. In truth, there are a couple of girls who resist the notion, but even they’re semi-swept up in mob mentality. The butler, the castle, and the ginger complexion all have them believing they could soon be rubbing elbows at high tea with Queen Elizabeth. 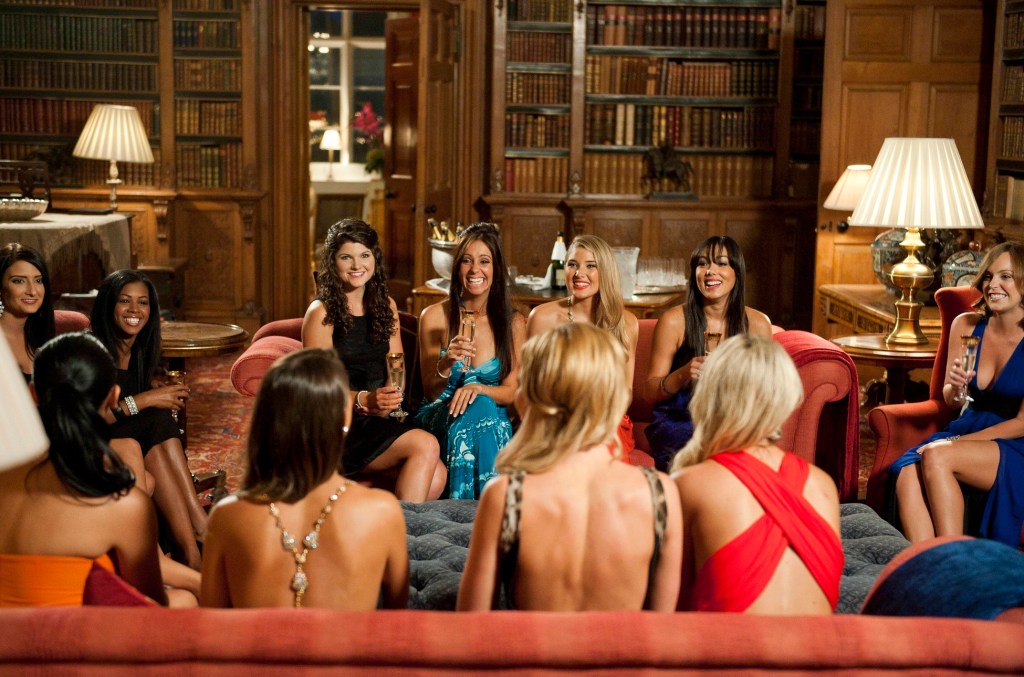 These 12 contestants vying for “Harry’s” heart are not exactly a cross section of society. For starters, the oldest contestant is 25 years old. “We have another oldie!” is actually said when one of the girls mentioned she was 25, which means I should start applying for my AARP card. Despite the lack in age deviation, the contestants range from Maggie, the brash blonde who remarks, “My version of afternoon tea is happy hour,” and then appropriately gets smashed on the first night, to Anna Lisa, who lists her job as “Miss Los Angeles,” to Rose, the “naughty” preschool teacher, who is definitely getting fired when she gets home. If you don’t want to lose your job when you get home from your reality TV stint, don’t talk about your sexual exploits on national television with your PTA moms watching.

After settling into their new castle digs, the women are invited to attend a masquerade party, which plays out like commentary on American stereotypes. “American girls don’t seem to have indoor voices at all,” Matt concludes, while simultaneously executing a pretty poor box step on the dance floor. At the conclusion of the party, Kingsley leads one girl to the drawing room and one girl to the library. It’s like live-action Clue, but nobody gets hit over the head with a lead pipe. Instead, Matt comes in and sends Leah, the naive but sweet Uma Thurman look-alike, packing, while offering Rose a key to the Crown Suite. 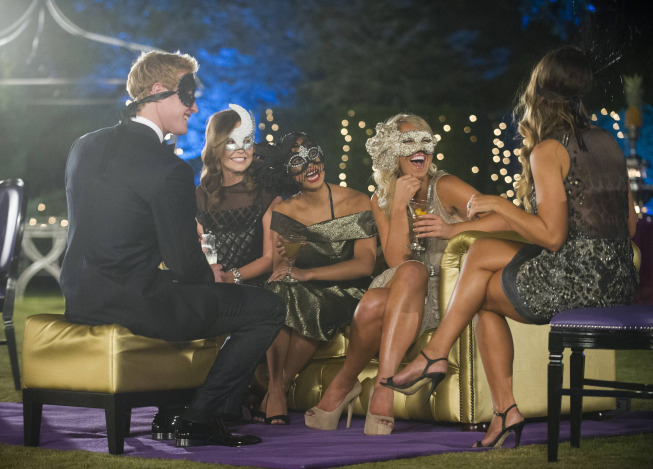 As opposed to the Bachelor franchise, which labors immensely over the symbolic nature of a Fantasy Suite invitation, Marry “Harry” just jumps right into bed. On every episode one girl will be invited to move into the Crown Suite, although as viewers we’re still not sure exactly what that means. This week, when not-Harry offers Rose a key to the Crown Suite, she exclaims, “I feel like I have died and gone to fairy-tale heaven.” Rose, I hope your fairy-tale heaven consists of a lot more than some bad wallpaper and a queen-size bed.

In all, Marry “Harry” taps into the ideological fantasy in all of us. The idea that all it takes is a little work, a little luck, and a well-placed bronzer to pluck yourself out of the ordinary masses and into the upper echelon of Crown Jewel–wearing nobility. There’s a reason we are all so fascinated by British monarchy. Aristocracy seems so foreign (no pun intended) to Americans, who have been taught that bloodlines and birthright have no basis on U.S. soil. We all tuned in to watch the Royal Wedding as Kate Middleton lived out a true Cinderella story, a Cinderella story every little girl has imagined happening to them.

But what happens when the contestants realize it’s all a sham? Will they like the Everyman Matt without his borrowed helicopters and claim to the British throne? And does it really matter? First and foremost, these shows are meant to entertain. If you find love, great, but sometimes I think we all take this stuff a little too seriously. We can often be too quick to pull out the moral compass and cite indignation and villainy instead of appreciating something like Marry “Harry” for what it is. Like a Will Ferrell movie, sometimes there’s just not some deeper meaning under the surface, no matter how hard we look. It’s mindless entertainment that’s a bit funny and a whole lot of ridiculous.

And I, for one, will be tuning in every week.

Gods and Monsters: Why Godzilla Is Still King

Playing 2Pac for a Baby: An Illustrated Short Story