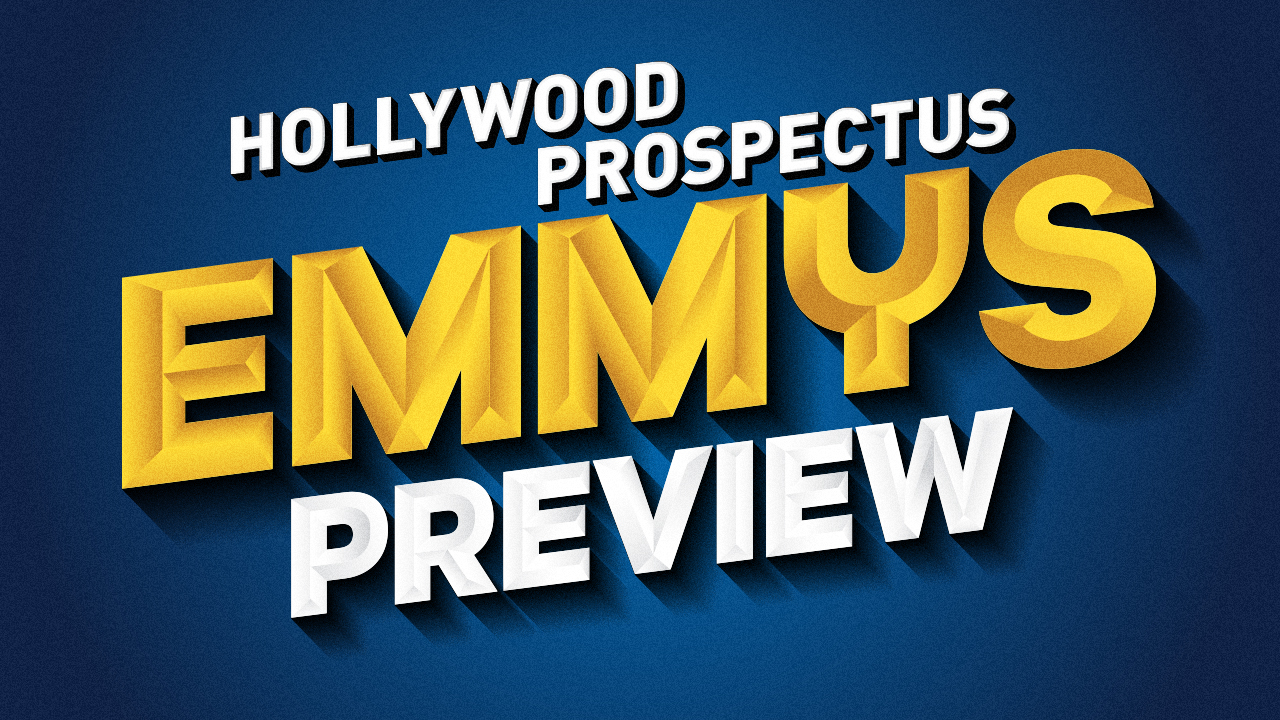 The Emmys! They are tonight! You want to sound informed about the nominees! You want to know the relevant story lines going into the evening so the proceedings don’t seem shocking and bizarre! You wish there were a series of short videos breaking down the major categories so you didn’t have to watch 70 episodes of television in the next eight hours just to feel informed! Guess what? DREAMS ARE REAL.

Below you’ll find the Hollywood Prospectus Podcast’s Emmys Preview, a spectacular collection of immaculately shot, tastefully edited, and adequately hosted clips. Maybe you saw these when we posted them last week, but just in case, here they are again, with a little bit of context to spice up your life.

Breaking Bad had TV nation doing the Albuquerque shake last summer. But that was last summer. It will compete with Mad Men, Game of Thrones, and, fairly or unfairly, True Detective. Will HBO’s gambit to submit the eight-episode noir in the Drama category, rather than Miniseries, pay off? The real question here will be how long the memories of the voters are.

Modern Family has had this category in a headlock for four years in a row. But the little-watched, much-loved Veep has proven to be a favorite among other award shows. Could there be an upset here? Or could Orange Is the New Black, not strictly a comedy, take the cake, thus adding a bit of gravitas to the category?

Lead Actor in a Drama

All right, all right, all right. This is probably the most exciting category of the night. This is the last time Bryan Cranston could win an Emmy for playing Walter White. This could be the umpteenth time Jon Hamm has had to settle for just being handsome and famous, rather than being a handsome, famous Emmy winner. And then there’s the monster at the end of the dream, the new old kid on the block, Matthew McConaughey.

Lead Actress in a Drama

Does Lizzy Caplan, in perhaps the role of her career, win for a show not that many people have seen? Or does Kerry Washington win for starring on a show that everybody is talking about? Andy Greenwald thinks this is the most wide-open category. Whoever wins, you know it’s going to be a SCANDAL!

Supporting Actor in a Drama

Game of Thrones, despite its popularity, is on the outside looking in for Best Drama. So you could call Peter Dinklage winning for Best Supporting Actor in a Drama a kind of makeup call, but that would almost downplay just how good Dinklage is. His stiffest competition will likely come from Aaron Paul, who has won the award twice and has been in one-more Cîroc ad than Dinklage.

Supporting Actress in a Drama

Shut up, Marie! Look, we all love Christine Baranski’s accessories, but this one is between Lena Headey and Anna Gunn. Queen Cersei vs. Queen Skyler. Gunn won last year for Breaking Bad. Will she repeat? Or will the royal, Pinot-guzzling Headey steal her shine?

This Is Harry Shearer: The Former ‘SNL’ Cast Member’s Remarkable Nose for (the Voices of the) News

And Now, Ladies and Gentlemen, a Message From the 'Saturday Night Live' President of the United States