The Danger Mouse Factor: Checking in on the DJ Auteur 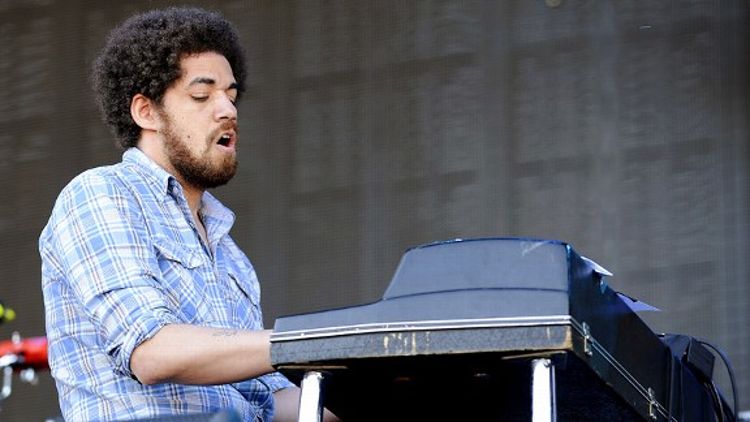 While reading about The Black Keys having the best sales week of their career (206,000 first week sales; possibly related: they’re not on spotify) I got to wondering about the silent third partner on El Camino. Brian Burton aka Danger Mouse.

As you’re reading this on the internet, I can’t be sure you’re old enough to remember the song “Crazy” by Gnarls Barkley (released in 2006, just before Twitter). At the time our own Chuck Klosterman did a NYT profile about Danger Mouse in which he, Burton, likened his approach as a music producer to Woody Allen making movies, “And what I realized is that they worked because Woody Allen was an auteur: he did his Thing, and that particular Thing was completely his own. That’s what I decided to do with music. I want to create a director’s role within music.”

So how, uh, “Danger Mousian” is El Camino? Tough to say. This is the second collaboration between he and The Black Keys (third, if you count “Tighten Up” the one song off Brothers he was involved with) and in recent interviews Auerbach and Carney have basically said they’re all buddies, and don’t think about it too much, and considered the division of labor a three-way split. This seems consistent with the process for all the best-received Danger Mouse projects thus far (also the ones he highlights on his site; Gnarls Barkley, Dark Night of the Soul, Broken Bells, Rome.) His most compelling albums emerge from the forming of a new band where he can immerse himself as a partner in creating something new from the ground up. He’s almost more an aggressive director of photography than megalomaniacal director. Which is not to suggest his more straightforward 1+1 collaborations, ranging from Banksy to Beck, are not worth your attention. But Woody has his Annie Hall’s and he has his Anything Else’s, I guess some of Burton’s albums have too much mouse, not enough danger. Or something.

Ultimately El Camino feels like another successful cinder block on the yellow brick road Danger Mouse has made for himself. A road we’ll now arbitrarily suggest a few new directions for. Here are five artists we’d like to see Danger Mouse form a band with:

A couple of these are cheats because they’re already in progress. But it’ll be interesting to see how the Danger Mouse sound translates in the context of a stadium rock act like U2. Due out in 2012.

Or specifically, Black Thought. And this is another one that’s been rumored as in the pipeline (working title: “Dangerous Thoughts”). This project probably gets to the finish line a little easier if the whole Roots crew is behind it, but a Black Thought solo album gets buzzed about every year (Masterpiece Theater anyone?) and it’d be nice to finally see the voice of America’s Band get to spread his wings a little bit.

This is a no-brainer, but it has to happen, right??? Please? For Christmas? In any case, when it comes to co-producers and contributors on his album Kanye sends out more invites than Google+. So maybe it’ll happen later than sooner, since it’s such an obvious pairing (and boy these guys hate obvious), but it has to happen. If only because they’ll eventually run out of folks they get along with musically. Danger Yeezy is going to be epic.

No one pushes the abstract avant garde envelope like Bjork. And with the multimedia “music experience” that is Biophilia out of her system maybe she’ll be interested in collaborating with someone that tethers her back to something more traditional in the ways we do music here on earth (song structure and stuff!). On the flip side I’m guessing Burton would salivate at the chance to work with an auteur and instrument like Björk. Both do well with narrative soundtrack-y albums. Danger Björk!

Aubrey has an established comfort level with his boy Noah Shebib (aka “40”), but if he wanted to break out of that mold some sort of update on Gnarls Barkley might keep him in strange-but-familiar territory. Danger Draaaake!

Trailers of the Week: Battleship, Rock of Ages and (gulp) What to Expect When You're Expecting