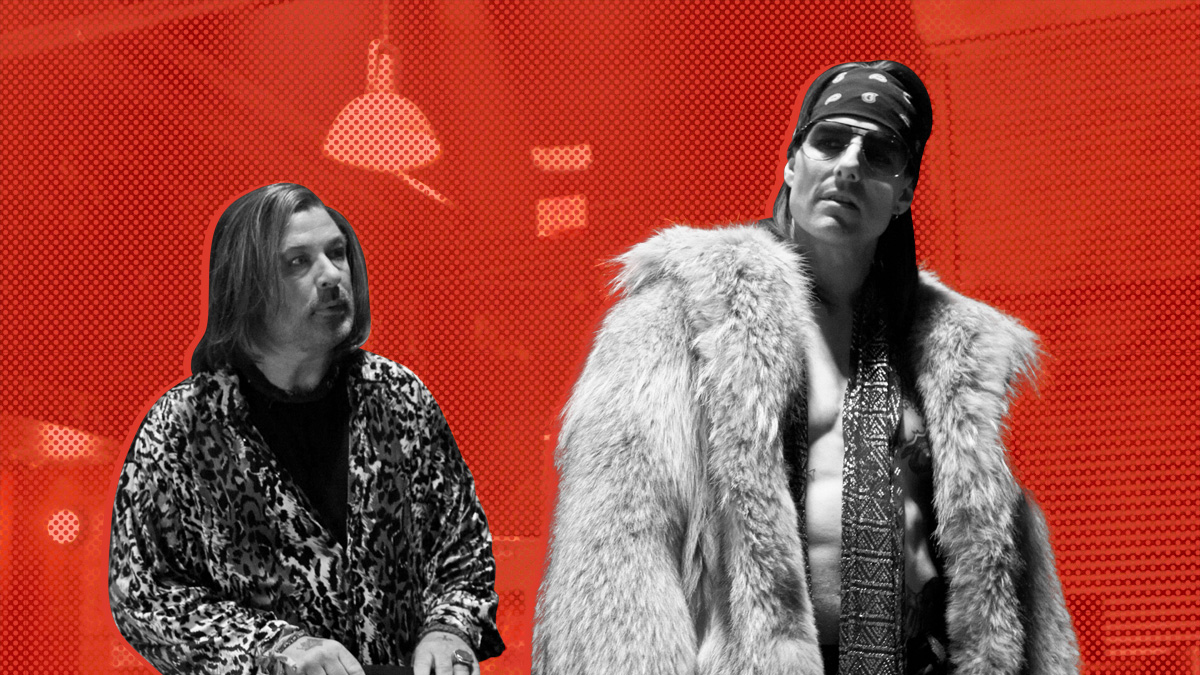 As straightforward questions go, this is both thunderously obvious and hopelessly obscure. It’s like asking whether a great white shark might ever get into yoga. But before we answer the question, let’s establish why it matters. Laughter might not earn awards, but it definitely wins hearts and minds. Hollywood’s reigning crop of most bankable actors — Sandra Bullock, Robert Downey Jr., Chris Pratt, Jennifer Lawrence — are all funny, engendering goodwill unto the franchises with which they’re associated. Even the most rugged cinematic tough guys of all-time, from John Wayne to Burt Reynolds to Arnold Schwarzenegger, were expected to crack a joke every now and then. But for a star who has endured for decades, Cruise hasn’t given many overtly comic performances.

Perhaps you sense the thematic thread in Cruise’s comedies. But in terms of eliciting actual, honest-to-goodness laughs, Cruise is paradoxically more effective in some of his heaviest dramas. The underwear dance to Bob Seger in Risky Business is iconic, but the pool-hall strut to Warren Zevon in 1986’s The Color of Money is funnier. Cruise’s breakdowns in Jerry Maguire are loaded with unshakable catchphrases, but I laugh harder when he screams at Dustin Hoffman for his Kmart shopping habits in 1988’s Rain Man, his most underrated performance. Cruise’s cameo in Tropic Thunder is gleefully profane, but it can’t touch the comic majesty of Frank T.J. Mackey’s “Respect the cock” routine from 1999’s Magnolia.

Then there’s this from 1993’s otherwise buttoned-up legal thriller The Firm, the single weirdest scene in any Tom Cruise movie, including that part in Vanilla Sky when he suffocates Diaz while the Monkees play on the soundtrack.

What is going on here? For most movie stars, comedy typically derives from inserting the actor into a strange or outrageous situation, allowing him or her to react. Cary Grant coolly navigates the corrupt world of 1940s newspaper journalism in His Girl Friday. Jack Nicholson is the last sane crazy man in One Flew Over the Cuckoo’s Nest. Tom Hanks falls in love with a mermaid in Splash. Seth Rogen and Rose Byrne try to out-prank a squad of frat boys in Neighbors. But in Tom Cruise movies, the setup is inverted: He is the strangeness that the rest of the world must contend with.

No director understood this better than Stanley Kubrick, who cast Cruise in 1999’s Eyes Wide Shut. Back when the project was gestating in the ’70s and ’80s, Kubrick considered two of the most popular comic actors of the time, Woody Allen and Steve Martin. After settling on Cruise and Nicole Kidman as the leads, Kubrick integrated the weird subtext of the couple’s real-life relationship into the movie, and exaggerated Cruise’s amiable aloofness to the point of parody.

The stock Cruise character is a man who can’t connect — he fears intimacy, he has daddy issues, he has a need for speed but not necessarily people. Cruise’s character in Eyes Wide Shut, Dr. Bill Harford, takes this archetype to its logical extreme. In a movie where characters don literal and figurative masks and then have them stripped away, nobody clings harder to his “normal” façade than Cruise. Everyone he encounters tries to seduce him out of his shell, to no avail. Eyes Wide Shut ultimately is a very strange and extremely deadpan comedy about how everyone wants but inevitably fails to penetrate (or be penetrated by) the world’s biggest movie star.

Nothing that Cruise does in Eyes Wide Shut seems all that funny, or dramatic, or even interesting. Kubrick understood that Cruise’s humor isn’t intrinsic, it’s extrinsic. It doesn’t matter what Tom Cruise does in his movies, only how the audience sees him. Cruise is funny because he can’t ever engage in an authentically human manner. Most of his peers are conventionally “funny ha ha,” whereas Cruise is more “funny, huh?” It’s like in The Color of Money, when Cruise’s character, Vincent Lauria, mistakenly hears Paul Newman’s “Fast” Eddie Felson compliment him on his character. “That’s not what I said, kid. I said you are a natural character,” “Fast” Eddie says. “You’re an incredible flake.”

This argument is hardly new, but it has formed the crux of how Cruise is perceived since the beginning of his career.

“I spend a lot of time alone. I mean a lot of time alone. But I’ve spent time alone my whole life and it doesn’t bother me,” Cruise told Cameron Crowe, his future Jerry Maguire and Vanilla Sky director, in a 1986 Interview magazine feature. In a Playboy interview around the same time, Cruise also rejected any association with the Brat Pack — the loose assemblage of young ’80s actors that included Rob Lowe, Demi Moore, and Cruise’s then-best friend Emilio Estevez — calling it “absolutely absurd.” To this day, unlike contemporaneous male movie stars like Brad Pitt and Leonardo DiCaprio, Cruise stands alone. As Sarah Vowell observed in 2000, “Tom Cruise is a mystery in plain sight.” This “mystery” has been baked into Tom Cruise’s roles.

Cruise’s unique combination of eagerness to please and untouchable remoteness made him an icon of ’80s camp. It is now impossible to appreciate Top Gun and 1988’s Cocktail without irony; everything that’s hilarious and horrible about the Reagan era is on full display in those movies. Like Reagan himself, Cruise is approachable but not really present. But this hot-cold contrast in his personality has also made Cruise resilient beyond his youthful heyday. He remains one of the most watchable of all movie stars because Cruise can make the familiar seem new and alien. Just watch him throw a baseball.

This has created its own sort of goodwill. The media was ready to bury Cruise after his embarrassing press tour for 2005’s War of the Worlds, distinguished by that nonexistent couch incident with Oprah Winfrey2 and a scolding appearance with Matt Lauer on The Today Show. But Cruise persevered because the public processed these incidents as it would a Tom Cruise film. After all, how different were Cruise’s excited exhortations on The Oprah Winfrey Show from Cruise’s impassioned implosions in Jerry Maguire? Weren’t there shades of Frank T.J. Mackey’s interview in Magnolia in the Today Show appearance, only this time with not-so-quiet judging?

My favorite Tom Cruise film of the ’10s is Going Clear, Alex Gibney’s 2015 Scientology documentary, which devotes 15 minutes in the movie’s second hour to Cruise. That’s only about one-eighth of the movie, but it’s the most magnetic one-eighth of Going Clear. We see Cruise stiffly salute a portrait of L. Ron Hubbard while accepting something called the Freedom Medal of Valor during a Scientology gala. We see him strike a serious pose while astride a crotch rocket with the church’s leader, David Miscavige. We see him cackling about SPs — Scientology speak for “suppressive persons” — in a promotional video trumpeting him as one of the greatest Scientologists who ever lived.

Tom Cruise in Going Clear is like Les Grossman from Tropic Thunder to the 100th power, a stinging portrait of Hollywood megalomania that packs actual poundage. His involvement in Going Clear was unwitting, but you can’t take your eyes off of him. Tom Cruise has never been funnier.

Life Lessons I Taught My Children After Seeing ‘Pixels’