The Best Horror Movie of the Year Is an Insane, Micro-Budgeted 29-Minute Story About an Indonesian Cult 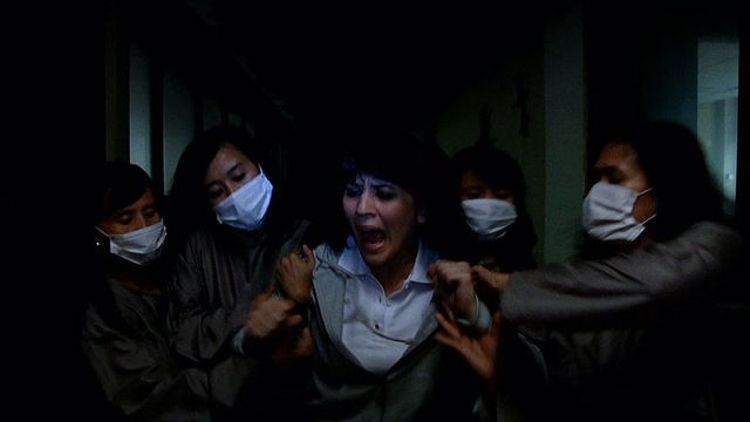 These are boom times for horror. An unquestioned cavalcade of money and interest and exaltation (and screaming) are in play. In the history of the genre, which spans as far back as a 1910 adaptation of Frankenstein, eight of the 35 highest-grossing horror movies have been released in the last 24 months. These movies include perfectly adequate haunted house stories like this summer’s The Conjuring, slick viscera carnivals like the recent Evil Dead remake, and smartly marketed, quickly forgotten exorcism dreck like last year’s The Devil Inside. Producers like Jason Blum and Oren Peli have leveraged an appetite for grotesquerie and high-concept execution to create a kind of shadow business for movie studios — Blum’s Insidious: Chapter 2 was made for $5 million. It is still reeling in theatergoers six weeks and $82 million later.

These are largely slick, craftily angled, cleverly cast movies with targeted demographics — Ethan Hawke and Patrick Wilson fans rejoice. But in the wake of horror’s decadelong resurgence, up from the pit of Leprechaun in the Hood through the genre turns of J-Horror and found footage and torture porn, the genre has come into high visibility, if not respectability. And with a swaggering bourgeoisie comes an industrious, aggrieved underclass. It’s a faster, smarter caste of filmmakers — a rebel clan working quickly and cheaply and with staggering creativity. It’s directors like Ti West and Adam Wingard. In 2012, those two and a handful of others teamed up to make V/H/S, a disturbing anthology of stories threaded together by a group of rambunctious vagrants watching a series of brutal found footage video cassettes in an abandoned house. It was a modest Sundance hit, and easily replicable. So this year brought V/H/S/2, a weaker follow-up that also featured the single most arresting segment in the series and the best horror movie of the year: Safe Haven.

Codirected by Gareth Evans, who made last year’s action saga–as–balletic symphony The Raid: Redemption, and Timo Tjahjanto, their segment is lodged right in the middle of the movie. It concerns a documentary crew that has come to visit a cult of fervid believers — is there any other kind? — on the eve of an apocalyptic prediction. I’m reluctant to say much more because I fear I will say all of it, and there is so much. Safe Haven uses the same shaky-camera style as the other films in V/H/S/2, but it is more about point of view than any kind of false “found” effect. At first the documentary crew’s footage is revealed as a necessary delivery system, and then things go to hell (almost literally) and that convention falls away. As that is happening, the movie turns from a creaking, uneasy look at a Jim Jones–esque figure simply called “father” and his loyal clan into a throttling, throat-ripping, demon-channeling orgy of miasmic dread. It’s a small movie about the worst thing that could ever happen — to the body, to society, to the world. (Like all great horror movies, it’s also a little silly. It seems to know it.)

V/H/S/2 has just barely made $20,000 theatrically, after a limited run. It’s a movie designed for an “on demand” moment — a quick choice on a quiet night. I suspect it has made a small profit in this manner and it is now streaming on Netflix for your Halloween viewing displeasure. Whether Tjahjanto and Evans will join the elevated class of a booming subculture is immaterial — the success beyond them creates an environment for their existence. Take this opportunity to terrify yourself appropriately.

Warning: The below clip is a little nasty/potentially NSFW.