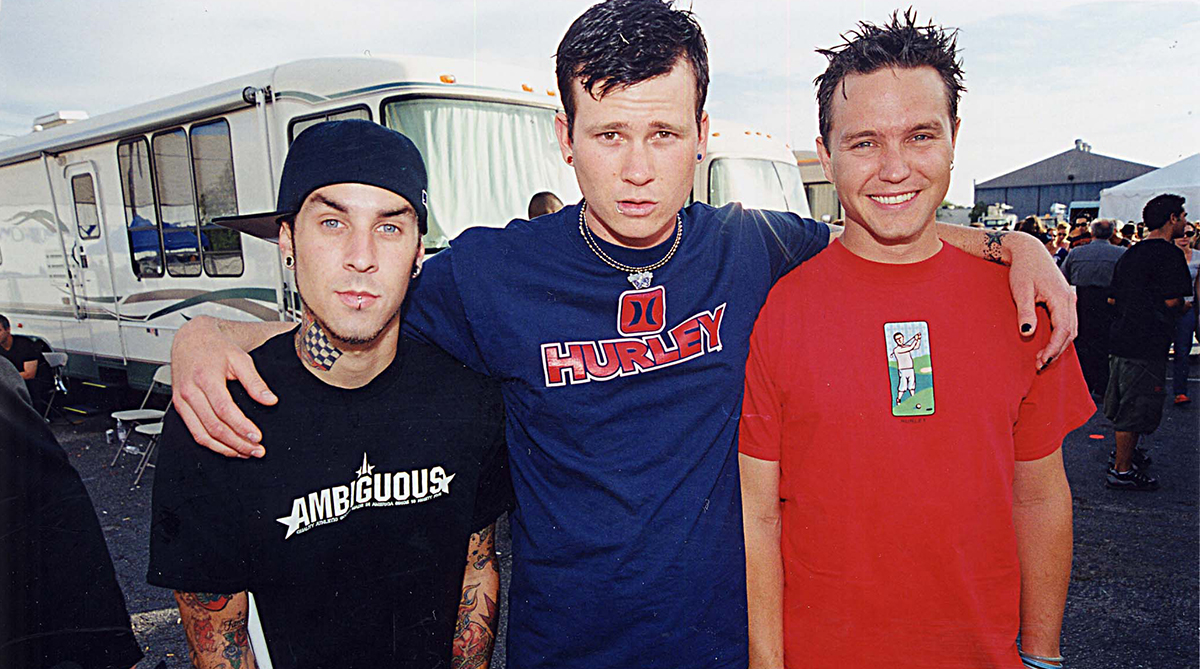 Last week it was reported that the number of Americans born between 1981 and 1997 will reach 75.3 million in 2015, unseating baby boomers as the nation’s reigning demographic. Of course, as the New York Times points out, these generational markers can be fluid, even dubious descriptors. Millennials are on the rise because of an infusion of immigrants, who might otherwise have little in common with teens and twentysomethings born in the U.S. And obviously there’s a different set of cultural touchstones for people who went to high school in the late ’90s vs. people who were born in late ’90s. At some point, the goalposts for what constitutes a Millennial could be moved. In the meantime, you could easily argue that “Millennial” is a meaningless code word.

Parlance aside, some generational reckoning is impending, and it will resemble previous demographic shifts. Opinions that have been codified as conventional wisdom will be dismantled and swept away. Things that were dismissed years ago as ephemeral are going to be canonized. One form of nostalgia will be dropkicked out the back door to make way for a new nostalgia. And this will be hugely upsetting for some people, but nobody will hear (or care about) their screams.

For example, let’s talk about Blink-182.

When Blink-182 was at its peak — from 1999 to 2003, beginning with the multi-platinum Enema of the State and concluding with the “ambitious” and “mature” self-titled record — I pretty much hated them. Now, I feel differently. I’ve come to view Blink as arguably the best radio singles band of its era; songs like “Dammit,” “What’s My Age Again?,” “All the Small Things,” “Adam’s Song,” and “The Rock Show” stand the test of time as ace pop tunes. Everything that previously bugged me about those songs now seems sweet, even innocent. But back then, I gagged on Blink’s American Pie–sanctioned ubiquity.

The gap between early ’90s rock and late ’90s rock might seem insignificant now, but at the time it was a considerable gulf. You can hear this separation in Blink’s winsome “Adam’s Song,” which quotes Nirvana’s “Come As You Are” like it’s a golden oldie from 20 years (rather than eight) prior. Intentionally or not, Blink instantly marginalized a lot of music that I loved. I was a product of alt-rock earnestness — my bands treated rock stardom like a burden. Blink-182 was cutesy, smirky, and fratty. They talked unironically about blow jobs and semi-ironically about having sex with dogs. They made punk rock seem like a trip to Chuck E. Cheese. They were everything I had been conditioned to despise, especially since they were winning.

Looking back, I think what really repulsed me was how young Blink-182 sounded. I was only in my early 20s, but I still had the teenager’s mentality of constantly aspiring to look and act “older,” and Blink-182 was the opposite of “older.” They relished their obnoxiousness. They got jacked up about being jackasses. And they didn’t give a shit about being “authentic” or “credible” punk rockers. I remember feeling so much loathing as I watched Blink-182 play “All the Small Things” on the 2000 VMAs, with all of the little people cavorting around Tom DeLonge as he sang like he was sucking the spit out of his retainer between verses. Suddenly being “older” just seemed “old.”

Deep down, I was probably threatened. After all, these guys were around my age. “Nobody likes you when you’re 23,” Mark Hoppus sings in “What’s My Age Again?” — he was actually 27 when that song was released, which made him six years older than I was. But Hoppus had no use for “older” — the conceit of “What’s My Age Again?” is that he’s still into prank calls and sodomy jokes. Hoppus knew that aligning with middle schoolers is always a smart strategy for aspiring pop stars, and, 5 million units of Enema of the State later, he was proven correct.

What Blink-182 understood years before I did is that only clueless geriatrics use “music for 14-year-olds” as a putdown. It’s like that scene in American Graffiti when Paul Le Mat complains that “rock and roll’s been goin’ downhill ever since Buddy Holly died.” (The movie is set in 1962, and he’s referring to the Beach Boys.) The outgoing generation always knocks what the incoming generation is into because they somehow believe that 14-year-olds stay 14 forever. But they don’t. They grow up, and they recontextualize the stuff they loved at 14 as the new focal point of culture. This is why every punk band in 2025 will be name-checking 5 Seconds of Summer while a handful of embittered dorks on a message board somewhere bicker about their favorite Iceage songs. That’s not a value judgment on the relative value of either band, it’s just how these things work. One way or the other, the kids get their way.

The rehabilitation of Blink-182 has been an ongoing project for years now. It’s interesting to note how older writers tend to qualify the band’s appeal, like New York’s Nitsuh Abebe in an otherwise glowing appreciation from 2011: “It’s hard to overestimate quite how fondly a certain age group remembers Blink-182.” (I could also include the long, personal preamble to this article.) Meanwhile, writers from “a certain age group” talk about the importance of Blink-182 as a matter of fact, like when Maria Sherman of The Village Voice declared in 2013 that Blink is “the most important band of the ’90s.”

Not Nirvana, not Pearl Jam, not Radiohead, not Sleater-Kinney, but Blink-182. Chew on that, Gen-Xers. Get used to that gaining traction in the years ahead. You won’t have the leverage to counter it. If you were pissed when Green Day was inducted into the Rock and Roll Hall of Fame, you better tell your nurse to work a double shift the day Blink gets in. You wouldn’t want to break a hip amid all the impotent protesting.

Blink’s importance will be a commonly accepted truism soon enough, and it’s not wrong, given how many current bands have copped to having a Blink phase in their formative years. The thriving class of exciting ’10s punk and emo bands just beginning to make inroads into the mainstream — including Joyce Manor, Fidlar, and You Blew It! — seems unimaginable without Blink-182. Blink might’ve acted like jerk-offs, but their DNA is now everywhere.

As I write this, DeLonge has either quit or been fired from Blink-182. Clearly fed up in a Rolling Stone interview, Hoppus and drummer Travis Barker cited DeLonge’s reluctance to commit to a new album and tour, though DeLonge claims that he was the one dragging the other two guys to the studio. Hoppus and Barker currently plan to play the band’s scheduled appearance in March at something called the Musink Tattoo Convention and Music Festival, which Barker co-owns, with Matt Skiba of Alkaline Trio. After that, the future of Blink-182 appears to be very much in flux.

DeLonge has a history of derailing Blink-182, and he generally seems about as grounded as your garden-variety 9/11 truther. But he’s also a crucial part of the band, possibly the most crucial. Blink’s biggest hits are fairly evenly split between him and Hoppus, but the group’s most recent album, 2011’s Neighborhoods, sounded more like DeLonge’s enjoyably gas-baggy side project, Angels & Airwaves, than like classic Blink.

As an appreciator of ridiculous, intellectually overreaching rock groups, I feel bad that I’ve mostly slept on Angels & Airwaves until recently. When Blink went on hiatus in 2005, DeLonge’s need to push beyond Blink’s goofball image and make the sort of grandiose rock music that Blink helped to put out of business in the ’90s was the main culprit. DeLonge tried pushing Blink in that direction on 2003’s Blink-182, but it didn’t quite take. With Angels & Airwaves, DeLonge left the dick jokes behind and started contemplating, like, the astral plane and shit. In this new guise he’s released songs with titles like “Et Ducit Mundum Per Luce” and “The Moon-Atomic (… Fragments and Fictions).” He believes the band “contains an inner energy and a spiritual awakening that’s kind of magical,” and if you believe that, then it becomes true.

Against my better judgment, I sort of like Angels & Airwaves, particularly 2011’s windy double LP, Love, Pts. 1 & 2. Last year’s barely acknowledged The Dream Walker seemed like a regression, however. DeLonge isn’t going full-on bonkers like he needs to. He should be trying to out-Muse Muse but he’s instead doing warmed-over Killers. DeLonge could use a spirit guide in the batshit arts. He should form a band with Billy Corgan.

Angels & Airwaves is the kind of band you start when you’ve internalized criticism that your music isn’t serious enough. The irony is that DeLonge is far sillier when he’s serious in Angels & Airwaves than when he’s silly in Blink-182. In the Rolling Stone interview, Hoppus twice used the word “embarrassed” to describe DeLonge’s feelings about Blink. He and Barker suggested that DeLonge regards Blink like a bank that he can draw from whenever he needs money, but otherwise feels little passion for. They both seem to want to move forward without DeLonge, whom they’re sick of accommodating as he allegedly waffles on band business. (DeLonge disputes all of this, by the way.)

“Travis and I and the whole Blink-182 organization have bent over backwards for years to accommodate all of the stuff that Tom wanted to try,” Hoppus told Rolling Stone. “It feels humiliating to be in a band where you have to be apologizing for one person all the time. That’s how it’s felt for a long time.”

What’s unspoken here is that the Blink-182 brand is worth a lot more with DeLonge, which makes all of those years of bending over backward seem a little less altruistic. That’s why I don’t expect this breakup to stick, just as I don’t expect any breakup to stick. There’s too much money on the table. While the value of new Blink-182 music is negligible — Neighborhoods performed below expectations — the group is entering its prime as a touring act. As their fans age, Blink’s ability to overcharge for tickets at sprawling arena shows increases, as does the intensity of their fans seeking to reconnect with their rapidly disappearing younger selves. Is singing “Fuck a Dog” when you’re in your 40s any weirder than the Beach Boys singing “Surfin’ USA” in their 70s? We’re about to find out.

Great Leap Forward: The Best Show on Television, ‘The Americans,’ Gets Even Better