Stringer Bell Is Actually Shy As Hell, and He Hasn’t Seen The Wire 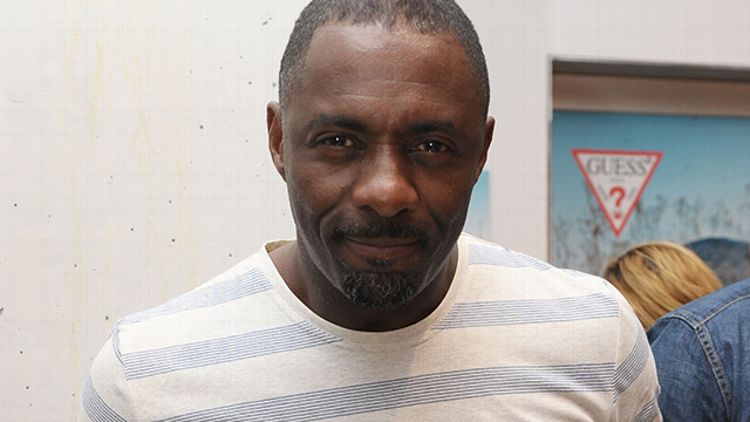 Idris Elba is Playboy’s latest 20 Questions target, and it turns out TV’s slickest drug lord of the pre–Gus Fring era, BBC’s baddest badass, and the potential heir to the James Bond franchise … is one bashful dude. “As soon as the spotlight’s on me, I feel awkward,” Elba says. “Idris feels like he doesn’t have much to offer. That’s why I end up plowing myself into these characters. With Luther I get to play a guy who can be grumpy all day long and doesn’t give a fuck about it. I’m not allowed to be that grumpy! As an actor I have to be friendly and super-accessible.”

How does shyness factor into that rap line, though — “bone-hard diamond cutter, dick thick like homemade butter”? (Yeah, DJ Driis also raps.) “Those are the words of a shy man putting on a rap persona,” Elba counters to Playboy. “Did you see the video for that song? No, because there isn’t one. I’m really fucking serious; I’m a shy man. I’m great at hiding in characters. When I deejay, I’m great at standing behind the turntables. If I go to a club, I’m awkward. Should I stand there? Should I dance? You’re not going to see me dance.”

Badgered a little more about that lyric and another — “show you parts of your pussy that you ain’t discovered” — from the song “Sex in Your Dreams,” Elba winces at the journalistic situation happening in his life at the present moment. “Let me tell you, some fans hate it, some love it, some can’t stand the idea that I’ve got the audacity to rap. But under the guise of being a rapper, I can say what the fuck I want, and until some journalist reads it back to me, I’m getting away scot-free. Maybe I’ll go on Letterman tonight, saying, ‘Hey, my dick’s as thick as butter.'” That certainly would have been a discussion.

Thickness notwithstanding, demure Idris Elba is not the luckiest with the ladies, somehow. “Look, when I wasn’t on TV or in films, I didn’t get any special attention when I went out. Some beautiful people always attract attention. I didn’t until I got on television. So I’m on these lists [like People‘s Sexiest Men Alive] only because I’m on TV.” And yet: “I’ll sit in a pub and nobody will recognize me. I might see an attractive woman, but she doesn’t recognize me, so I’m not getting any love. Then one person goes, ‘Oh, it’s you,’ and suddenly they all overhear and start asking questions. It’s bullshit.”

Elba also let Playboy know — truly let them know, going out of his way to say, “By the way, you know …” — that he’s barely watched The Wire. “I’ve seen a full episode at screenings but never at home. I’ve never watched an entire season. I’ve not seen any episode of season two, most of season three and none of seasons four and five. I’m supercritical of my own work. As an actor, if you’re being told how wonderful you are, what do you need to strive for? I don’t know if I’m good just because some critic says I am in the press.” One thing that seems to have informed him of his beyond-decent actorly ability was how well he sunk into the role of Nelson Mandela for an upcoming film. “The difficult part was inventing who he was as a young man, when nobody knew him. I’m five shades darker than he is, so the audience is going to be challenged by the fact that I don’t look like him. … I admire actors like Daniel Day-Lewis who do only so many films and are unrecognizable because they plow into a character. That’s a lane where I think I’m going to end up, and Mandela takes me closest to that.”

Filed Under: The Wire

See all The Wire