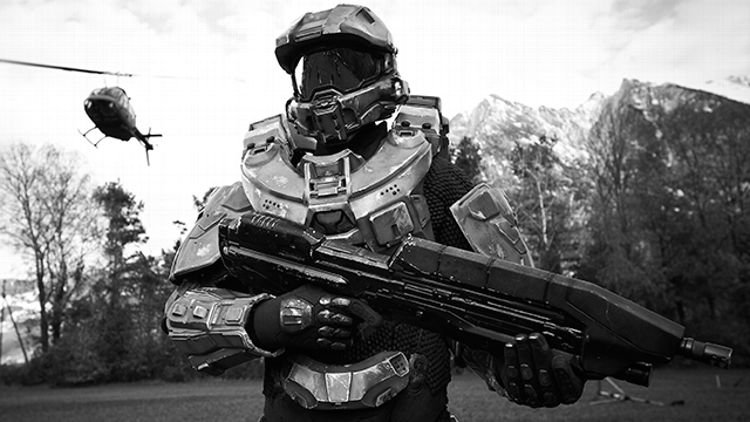 On Tuesday, while announcing the new gaming system Xbox One in Redmond, Washington, Microsoft popped in a little surprise: Steven Spielberg.

Bonnie Ross, the head of 343 Industries — the current developer of Halo — was getting worked up, coolly crowing about “the potential of merging the storytelling magic of televsion with the interactive innovation of Xbox One” while doing the hands-outstretched/only-touching-at-fingertips thing. Then she announced a live-action Halo series, and threw it to Spielberg to do the rest.

Appearing on the screen in a fetching sweater/blazer combo, Spielberg broke it down. First he vouched for his gamer bona fides (son has been playing Pong). Then he really got animated: “The Halo universe is an amazing opportunity to be at that intersection where technology and mythmaking meet to produce something really groundbreaking. And I’m incredibly excited about the great journey we’re all on, the heroes’ worlds, and wonders, that Halo will take us on.” And as NBC News points out, this is just “part of Microsoft’s general push to recreate its flagship gaming console as an all-in-one home entertainment device … Xbox Entertainment Studios plans to apply a game development model to producing original TV-style programming such as movies, sitcoms, live events and digital shorts.”