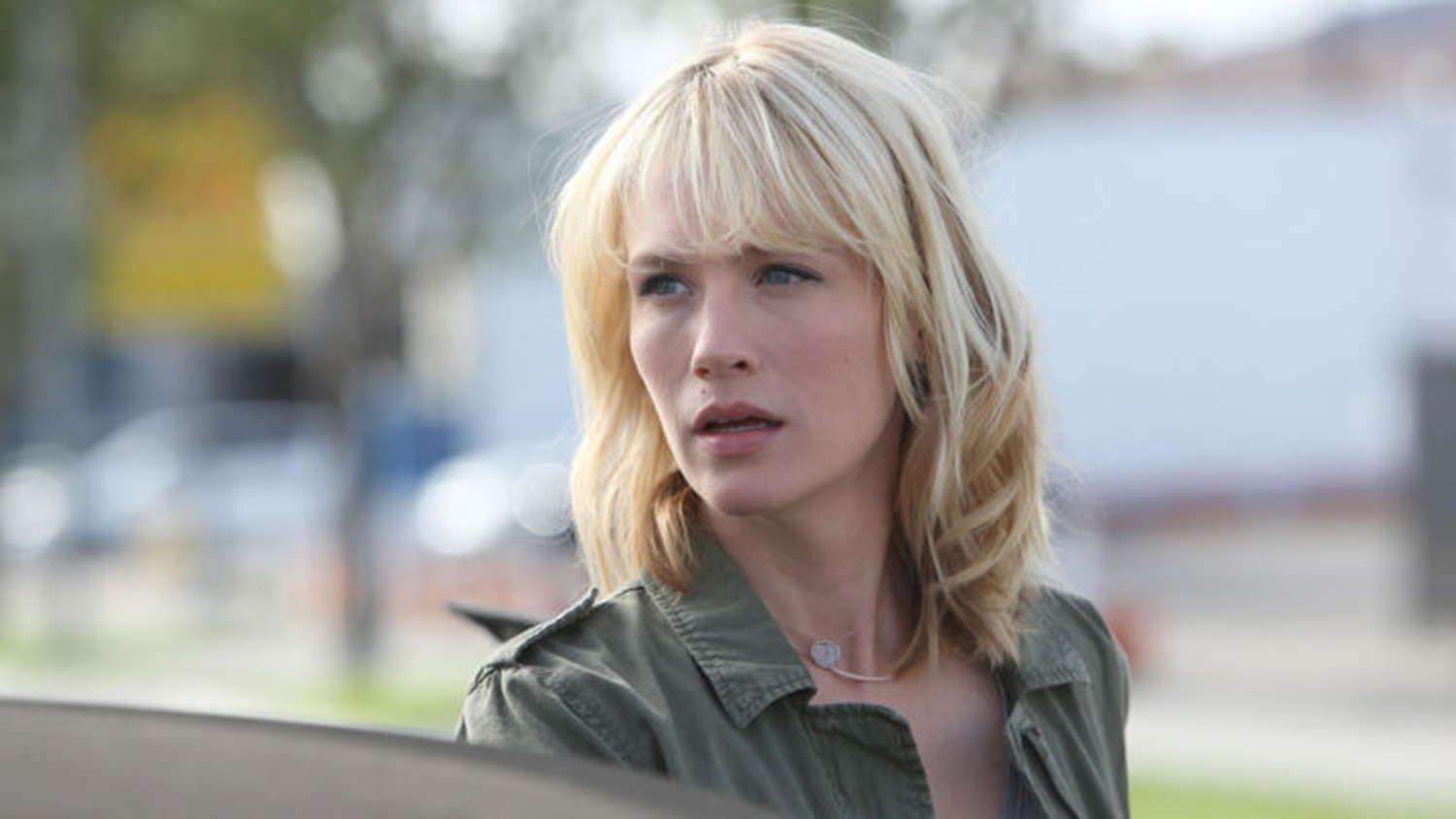 I was not expecting January Jones to be good in The Last Man on Earth.

In part, that’s because no one really makes sense as part of the extended cast of that show. Calling your show The Last Man on Earth and then introducing a stream of new surprise characters who, hey, also somehow managed to survive the apocalypse and also made it to Tucson to hang out with Will Forte’s Phil Miller … that’d be pretty lame. But after being introduced at the end of last week’s episode, Jones’s Melissa Shart looks to be a surprisingly stable, warm addition to the show’s depleted world — something that’s at odds, to say the least, with the way you might normally expect to think about January Jones.

If you read her press, you come away with an impression of Jones as icy. The writer of a 2013 New York Times profile appeared to have a difficult time separating Jones from her most well-known character — Mad Men’s frequently childish, cold Betty Francis — when she couldn’t coax a smile from Jones upon meeting her. One of the show’s infinitely replaced supply of Bobby Draper clones warned his replacement, back in 2011, that Jones was “not as approachable as the others.” There are good reasons not to care about this, but for whatever reasons, the Betty-January confusion persists, despite her super fun Instagram account. It’s hard to shake Betty.

On Last Man, Jones’s Melissa is idealized, but in a slightly different way. She is an object of lust for Phil, and a contrast to his wife, Carol (Kristen Schaal) — which means she doesn’t really have a character. She’s a little coy but is mostly oblivious to Phil’s obvious interest in her. (The thing she claims to have been doing for the past year — sitting in coffee shops intentionally writing her name wrong — brings to mind the fevered, imagined meet-cutes of thousands of sad writers.) She is literally introduced as a punch line, a beautiful woman who shows up just after Phil has (technically) gotten married, imbuing the institution with an ounce of weight, even though there is no one else around to recognize its validity.

It’s the kind of role that Jones (along with tons of other actresses) is cast in all the time. Remember when she showed up in Love Actually as one of the women in the Midwest who actually likes the horribly obnoxious guy? Or when she plays the sister in American Wedding who’s going to have sex with one of the dudes, but you just don’t know which one, but she obviously has to pick one of them? She’s a beautiful blank slate — someone who seems naturally removed from all the standard signifiers of affection. That’s why no one really likes January Jones, but it’s also why she’s such a good Betty Draper. In the original iteration of Mad Men, Betty is barely a presence at all — Matthew Weiner had to frantically write scenes for her to audition with, years after writing the pilot. She’s window dressing — a model, picked by her husband to play the part of his loving, all-American wife.

Most of Betty’s story lines during those early Mad Men seasons position her as an emotionally immature child, careening through the ’60s unaware of anything outside herself. Where Don grew up wholly removed from the American Dream, Betty spent her entire life on a well-defined track, through Bryn Mawr to her modeling career — only to find that there wasn’t anything left, after the end part where she had kids and waited for her husband to come home. That flailing, that powerlessness from a character on a show defined by varying levels of agency (and agencies) struggling against boundaries, makes it hard to care about Betty, who frequently is giving nothing to do by design.

Maybe that’s why Weiner explains Betty’s continued presence on the show by calling Jones “such an interesting actress, quite honestly.” It’s sometimes impossible to tell whether Jones is good, or whether the tightly wound, unflinching, volatile nature of the character is Weiner writing for one of his muses. This quality of Jones’s is mildly uncomfortable, critically — is it unfair to be unable to differentiate her from this character? — but it’s fantastic for scenes like the one in the opening of Season 6, when Betty traverses the world of the hippies and has something like the stirrings of a more independent, reflective consciousness.

That’s where Melissa comes in. On the surface, she, like Betty, appears to just be eye candy, without much in the way of decision-making or a real character. But the casting works well precisely because we’re inclined to see her as limited. (Also, the complete humorlessness with which she tells Phil and Carol that her last name is “Shart” might be one of the funniest moments on the show so far.)

Is January Jones a good actress? She’s a good Betty Draper, and a good Melissa Shart. If she continues to knowingly play to and play with her limitations, there’s a whole lot of history built up for her to interrogate. And with the final season of Mad Men ready to run, the spring of 2015 might be the blossoming of this new version of Jones.