Sorry, Everyone: Amy Poehler and Will Arnett Broke Up 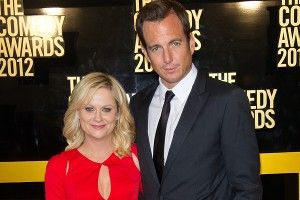 Well, this one hurts. People reports that Amy Poehler and Will Arnett — two hilarious, attractive, and, above all, normal-seeming people — have split up after nine years of marriage. What?! Nooooo, etc.

The last time we were talking about a celebrity breakup it was Tom Cruise and Katie Holmes a few months back, and this Arnett and Poehler thing is pretty much as far on the opposite end of the spectrum as you can get. Yeah, sure, maybe it’s silly to model your own hopes of a loving coupling not on the long and solid marriage of your grandparents, or any of your immediate loved ones, but on some strangers we only know from TV. But come on! They’re so funny! They were perfect for one another! And, like, my buddy was playing softball in the West Village once and Amy and Will were walking by with their kid and stopped to watch the game for a little while, and he said it was pretty adorable. Meanwhile, People rubs the salt in the wound with this quote from Arnett, from 2009: “The first time I saw her onstage, I said, ‘I’m gonna marry that girl.'”

So it is at this point that I’d like to remind us that just because they’re splitting up doesn’t mean that what they had for all those years — and, by proxy, what we all had — wasn’t real, and won’t be real forever. Also, sorry for preemptively ruining your Friday.

Filed Under: Amy Poehler, Will Arnett

We Found It on Netflix Instant: Elevator