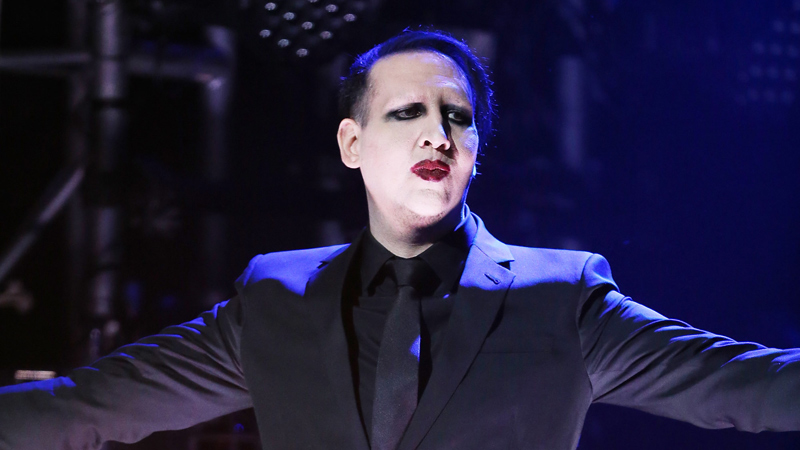 Sons of Anarchy’s seventh and final season needs a little extra something, and that’s going to come in the form of Marilyn Manson playing a white supremacist. “Sons has been such a big part of my life, as well as my father’s,” Manson says of his new recurring role. “So I was determined to make him proud by being involved in what will probably be remembered as the most amazing piece of television cinema. After all, the very heart of SOA is about that relationship. So, now all I need is a motorcycle.” Questions: How proud/not proud has Marilyn Manson’s dad been about Marilyn Manson’s pre-Sons career, and who is Marilyn Manson’s dad?

The Reading Rainbow Kickstarter hit its $1 million goal on day one. Here’s LeVar Burton’s emotional reaction. (The total raised as of this writing? More than $2 million. With 33 days to go.)
https://www.youtube.com/watch?v=3-XHuNcSMLc

This is the best thing on the Internet today. Contains the following, as well as much, much more: “Are you a native full-stack visiongineer who lives to marketech platishforms? Then come work with us as an in-house NEOLOGIZER and reimaginatorialize the verbalsphere!”

Jimmy Cameron and Cirque du Soleil are doing a live Avatar show. The Avatar franchise is on pace to own a third of Earth’s wealth by 2020.

Elisabeth Moss might do Broadway with The Heidi Chronicles, about Heidi Holland, a “brilliant, lonely art historian.”

Mercedes and Mario Kart are having a weird synergy baby.
https://www.youtube.com/watch?v=_AkgJZGspCM

“Amazon also, as you know, wants to control book selling, book buying, and even book publishing, and that is a national tragedy. If this is to be the new American way, then maybe it has to be changed, by law if necessary, immediately, if not sooner.” —James Patterson, winning some points

The Independence Day sequel is getting a rewrite, inspiring even less confidence.

And why not watch an inspirational banjo cover of Slayer’s classic paean to evil weather, “Raining Blood”? [via]

'A Walk Among the Tombstones' Trailer: People Won't Stop Pissing Off Liam Neeson