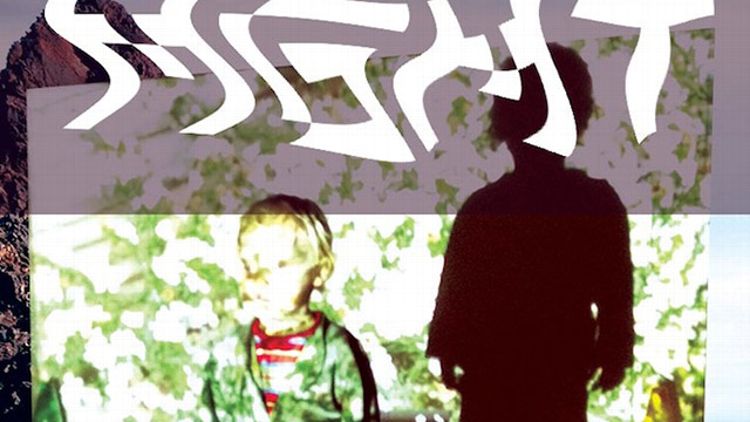 I’m disinclined to declare the next MGMT record a make-or-break moment for these erstwhile synth-poppers-cum-weirdo psych-rock doodlers. As a defender of 2010’s little loved Congratulations — “Flash Delirium” is a lost jam! — I think MGMT’s not wholly successful attempt to subvert the immediacy of early singles like “Kids” and “Electric Feel” in the form of druggy, wanky, hook-deficient, multipart song suites ranks among the most fascinating post-success freak-outs of the last decade. But, sure, from a commercial standpoint, the new “Alien Days” — which doubles down on the inscrutability of Congratulations — suggests MGMT’s days as a festival headliner are probably behind it. Nevertheless, I welcome further freak-outs from these guys.

Surfer Blood’s forthcoming sophomore album Pythons (out June 11) has been pushing my “alt-rock radio circa ’95-’96” buttons hard for the past few weeks. This record is so alt it should be packaged inside a repurposed booklet from Better Than Ezra’s Deluxe and sold exclusively at used-CD stores. I have no idea how Pythons will be received, in part because the world it was made for no longer exists. Playing beach-friendly, guitar-heavy, catchy rock songs in a contemporary indie context is like farting in a car in any context. Still, every summer needs at least one album like this; the new single “Slow Six” is the record’s moodiest track, but it’s indicative of Pythons’ anachronistic charms.

If the rest of Thundercat’s upcoming Apocalypse (out July 9) is on par with “Heartbreaks + Setbacks,” a whole of lot of indie dweebs attempting to make R&B music in 2013 will be looking for 9-to-5 jobs in 2014.

The new Sister Faith (out April 30) by the Louisville punk-metal battering ram known as Coliseum won’t win any points for innovation. As evidenced by the single “Black Magic Punks,” this is just straight-up blue-collar rock music with the requisite gravelly vocals and wiry, milewide riffs. (Sister Faith was produced by J. Robbins of Jawbox and Burning Airlines — if the words “J. Robbins,” “Jawbox,” and/or “Burning Airlines” mean anything to you, Sister Faith is probably already on your radar.) It might be formulaic, but it’s an extremely well-executed version of the formula, and one of the most enjoyable records of its kind so far this year.

Whenever I contemplate the music-promotion industrial complex, the one thing I can’t wrap my head around is why certain bands get a specific kind of stink on them. Dead Confederate is one of those bands. Dead Confederate’s 2008 debut Wrecking Ball garnered a decent amount of buzz in the right circles, thanks mainly to the standout shoulda-been smash “The Rat.” But over time, as the group’s swampy, grungy southern rock has grown more refined and expressive, Dead Confederate’s profile has sunk considerably. Its new album, In the Marrow, is its best, and it’s been virtually ignored by the music press. (Meanwhile, Wavves continues to receive inexplicable encouragement from rock critics, when they should be begging this embarrassingly trite Nirvana tribute act to just stop already.) Anyway, In the Marrow is really good, and “Vacations” is one of the album’s standouts.

In his shaggy-dog memoir Waging Heavy Peace, Neil Young writes about listening to Pistol Annies’ Hell on Heels while tooling around in one of his Idaho-size cars on the way to Costo or something. Like all populist rockers, Neil listens to country these days. The L.A. Confidential–quoting “Hush Hush” is a lighthearted tease for Annie Up, the hotly anticipated (by me, anyway) second record by this supergroup composed of Miranda Lambert, Ashley Monroe, and Angaleena Presley. It’s far from the record’s best song, but still offers plenty in the way of hips, lips, and ’tude

Do you like guitar solos? Do you like only guitar solos? Endless Boogie’s epic double-LP Long Island is the guitar solo–iest album of the year. Long Island is so overstuffed with skronky, 10-minute-plus six-string squiggles that there wasn’t any room for the blues jam “Rollin’ and Tumblin’,” which was released as an extra track on iTunes. It’s a (relatively) bite-sized appetizer for the ZZ Top–goes–Marquee Moon six-course meal that is Long Island.

Daughn Gibson, “The Sound of Law”

It is difficult to talk about Daughn Gibson (whose music I like) without inadvertently dissuading people from listening to him. For example: Gibson’s debut record All Hell features barrel-chested Eeyore vocals over sonically manipulated samples of old country records. His new album (out July 9) is questionably titled Me Moan. Oh, and he has a thing for trucker imagery. Sigh. If I haven’t lost you, Me Moan’s first single, “The Sound of Law,” is twangy, disquieting death-abilly with stealth sex appeal. This kid has promise, so long as he can get out of his own way.

In the running tally of favorite songs from 2013 that I keep in my head, “Best of Friends” by Britpop dorks Palma Violets stubbornly refuses to be shooed from the coziest, most beloved confines of my pleasure centers. On their debut 180, Palma Violets steal from the most obvious sources for a band of its ilk — Definitely Maybe–era Oasis, that first Arctic Monkeys record, the Velvet Underground, even the Doors — but since they’re just kids, they’re too naïve to know that their influences are supposed to be more obscure. Palma Violets make obviousness a virtue through sheer joie de vivre. Plus, choruses matter, and “Best of Friends” has the best rock-song chorus since the Hold Steady’s “Sequestered in Memphis.”

Filed Under: Songs of the Week

Trailers of the Week: Thor: The Dark World, The Bling Ring, Monsters University, and More