Songs of the Week: Southern Rock for the (Finally Thawing) Spring 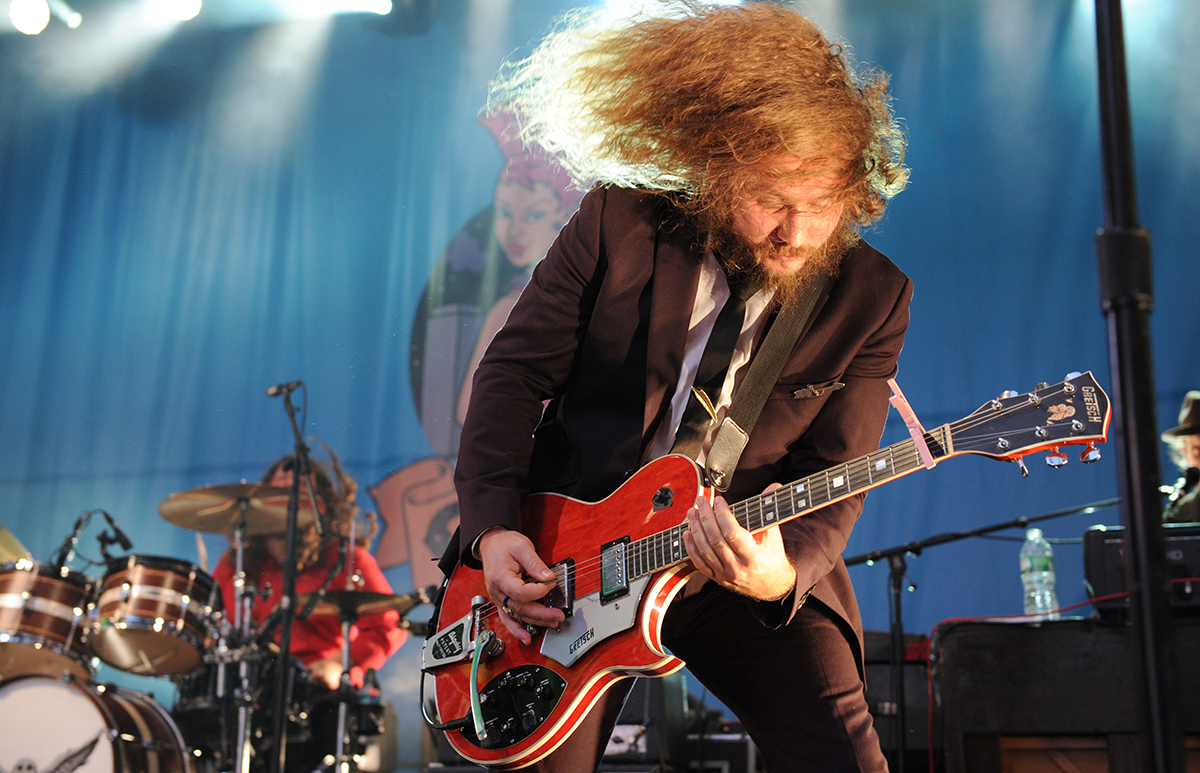 This week, I was able to roll down my car window for the first time in five months. Maybe you live in a part of the country where the weather has kept you similarly sequestered. If you’re like me, you now want to hear music like this.

I’m talking about Southern rock, brothers and sisters. Thick accents, long guitar solos, muttonchops, drunkenness — this is what I long for in March as soon as the thermometer hits 50 degrees. I put on “Green Grass & High Tides” by the Outlaws, I enjoy the long intro, I go to the refrigerator to grab a beer, I make myself some barbecue, I mow the lawn, I return to the stereo and enjoy more guitar-soloing, I take a walk around the block, I take a nap, and then I return to the stereo to enjoy the same solo.

You get the picture. This is a long song. Here’s a more bite-size version of what I’m talking about.

Now, I won’t defend everything about this clip. Confederate flags are an obvious no-no, and walking around shirtless will only get you kicked out of most convenience stores. But I am all over skinny Bobby Moynihan on bass and the brassy female backup singer who looks like she pours Jack Daniel’s on her Frosted Flakes. Watching this makes me happy to be alive.

My Morning Jacket is the defining band of modern Southern rock. The group’s early-’00s run from 2001’s At Dawn to 2005’s Z set a template for dreamy psychedelia cut with experimental pop and (yes) old-school Southern-rock riffage emulated by countless other groups. In the past 10 years, MMJ wavered a bit as the band tried to remake its sound with mixed success. Stabs at funk and soul mostly fell flat on 2008’s Evil Urges, and attempts to return to a bigger rock sound seemed like a reluctant capitulation to longtime fans. I haven’t sorted out my feelings quite yet on MMJ’s forthcoming LP, The Waterfall, though it is similar to 2011’s Circuital in how it tries to reconcile the band’s festival-rockin’ past with frontman Jim James’s need to push in more ethereal directions.

Another defining band of 21st–century Southern rock is Jeff the Brotherhood, the Nashville duo that has taken a rather simple idea — what if “Blue Album”–era Weezer sounded more like Black Sabbath? — and somehow made it work over the course of eight albums. The group’s latest, Wasted on the Dream, was recorded for and subsidized by its former label, Warner Bros., who for some mysterious reason decided to drop Jeff the Brotherhood just a few months before the album’s release date. Thankfully, Warner Bros. gave Wasted back to the band, which will release the LP on its own Infinity Cat Recordings on March 24. Wasted is actually one of JTB’s best records, paying loving tribute to the big-sounding rock records of the ’70s, ’80s, and ’90s.

Perhaps it’s wrong to classify the Hagerty-Toth Band as Southern rock, as the group’s principals are associated with more Northern climes. Neil Hagerty made his name with Washington, D.C., scuzz-punk acts Pussy Galore and Royal Trux, while James Jackson Toth is a New York native who’s lived all over though currently resides in Kentucky. But I’m granting them honorary Southern-rock status anyway for two reasons: (1) The group’s forthcoming Record Store Day release, Qalgebra, is being put out by the excellent North Carolina label Three Lobed Recordings, and (2) Qalgebra emits some seriously twisted humidity, with garbled words clinging to tangled guitar strings like sweat on skin.

Let’s get back to solos and muttonchops for a minute: My favorite old-school-style Southern rock right now is Blackberry Smoke, a five-piece from Atlanta fronted by a craggy-voiced romantic named Charlie Starr. Blackberry Smoke dresses like Skynyrd and sounds like a countrified Black Crowes — if that’s your thing, you’ll also appreciate that Starr is capable of leavening wanton bad-assery like “Payback’s a Bitch” with more thoughtful songs like “One Horse Town” (from 2012’s great The Whippoorwill), an affecting slice of small-town life about a guy who dreams of escaping his hemmed-in existence but knows he can’t. The new Holding All the Roses isn’t quite up to The Whippoorwill’s standard in terms of songwriting, but it’s definitely a heavier record, with meaty production courtesy of grunge godhead Brendan O’Brien.

Blackberry Smoke’s former label and tour mates, the Zac Brown Band, also appears to be moving away from country and toward a straightforward rock sound on its forthcoming record, Jekyll + Hyde. Since country music is essentially the new mainstream rock anyway, perhaps this is just semantics. When ZBB appeared on Saturday Night Live last weekend, it was joined by Chris Cornell, and the collaboration somehow made more sense than it does on paper. The single “Homegrown” is more in ZBB’s usual wheelhouse, though, which is basically “Dave Matthews Band plus banjos.”

Ryan Bingham is probably best known as an Oscar winner for his contributions to the Jeff Bridges hard-luck singer-songwriter movie, Crazy Heart. Bingham’s albums occasionally have a “weary Texas singer-songwriter” paint-by-numbers quality. But his latest, Fear and Saturday Night, is a genuinely affecting, “drinking bourbon at 3 a.m.” kind of record, balancing acoustic laments with likably loose and live-sounding Stonesy jams. Bingham has been around long enough now that he’s aged into his raspy vocals.

Southern Indiana doesn’t normally register as “the South” unless you’ve actually been there. Houndmouth hails from a county just on the other side of the Indiana-Kentucky state line, and you can hear the country music influence in the group’s four-part harmonies. Houndmouth’s latest, Little Neon Limelight, is even slicker than 2013’s From the Hills Below the City, loaded with expertly constructed folk-rock songs that sound genetically engineered to be AAA (adult album alternative) radio hits. Sometimes this is oppressive — Houndmouth is more “gritty” than gritty — but songs like “Sedona” are pretty undeniable.

Has anybody mined the rich terrain between rock and country with greater consistency than Dwight Yoakam? 2012’s 3 Pears was his first album in five years, and it was arguably his best since the mid-’90s. The upcoming Second Hand Heart is another slam dunk, as evidenced by the single “The Big Time,” which finds Yoakam in Sun-era Elvis Presley mode. Long may he run.