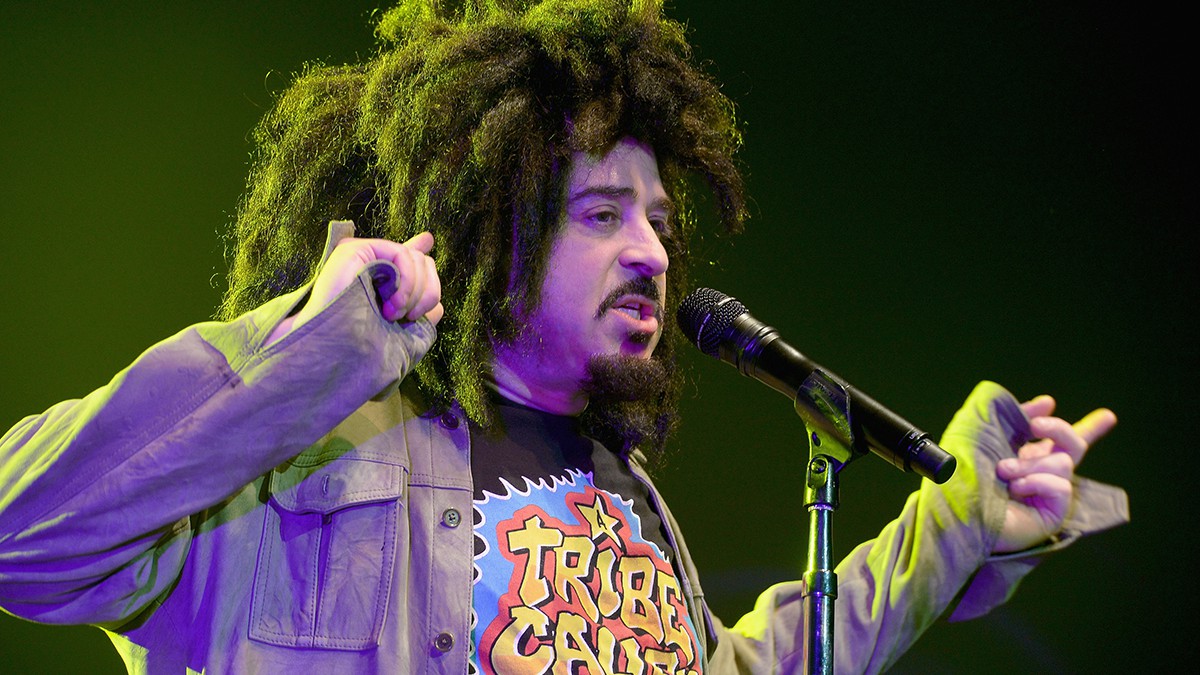 They’re supposed to be an alt-rock nostalgia act, and yet Counting Crows have not made a nostalgia-act record. To the contrary, Somewhere Under Wonderland — Counting Crows’ first album of originals in six years — contains their densest, most diverse songs ever. The all-covers LP from 2012, Underwater Sunshine, seemed at the time like an inessential diversion, but playing other people’s songs has given the band license to remake itself. Musically, Wonderland is all over the place, veering from The Wild, the Innocent–style Springsteen homages to impressionistic country songs to whacked-out power-pop ditties. As for the lyrics, Adam Duritz has never been wordier or weirder — there are references to the myth of California, the ghost of Alex Chilton, American boys at the Park ’n‘ Shop, aliens on motorcycles, and people named Paige, Mary, Maria (yes, that Maria), Andy, Pedro, Johnny Legs, and Jackie O. Then there’s the breezy “Earthquake Driver,” which finds Duritz back in his wheelhouse of writing perfect pop songs in the mold of “Brown Eyed Girl.” All in all, the songs whiz by far too swiftly to absorb it all after one, five, or 25 listens, even the ones that are eight minutes long. But my gut tells me this is the best album they’ve made in 15 years.

Like Counting Crows, Swedish metal band Opeth originated in the early ’90s and recently put out a sweepingly ambitious record, Pale Communion. (This is where the similarities between Counting Crows and Opeth end.) Throughout the ’90s and early ’00s, Opeth was associated with death metal, though the group’s mastermind, Mikael Åkerfeldt, always drew from a wider palette that included folk, classical, jazz, and especially prog-rock. Over the years, Opeth has sounded more prog than metal on albums like 2004’s Damnation and 2011’s Heritage. But for Pale Communion, Opeth went full-on King Crimson, to the inevitable chagrin of some of its more metal-oriented fans. Personally, I find Pale Communion to be one of the year’s most fascinating and flat-out beautiful records. The album-opening “Eternal Rains Will Come” is an invitation to majesty, with battering-ram time-signature changes rubbing up against mystical organ fills and Åkerfeldt’s evil-wizard vocals.

Members of Philadelphia punk band Restorations don’t wear their hearts on their sleeves — they tear them out, Temple of Doom style, and let them pound in their fists with the force of stadium-rattling drum fills. The group’s excellent forthcoming album, LP3, is one of the year’s most passionate “big” rock records, with mile-wide riffs and Jon Loudon’s do-or-die bark belying the band’s basement-show status. This band wants to be Constantines in a world in which Constantines are bigger than Coldplay. If you want to be reductive about it, you could call it a fantasy, but I prefer to think of it as aspirational. “Separate Songs” is indicative of Restorations’ single-minded search for transcendence: “The song is about throwing your computer out the window,” Loudon told NPR. Will do, dude, just as soon as I finish telling everyone how you play in my new favorite band.

When Rembert Browne wrote in July about this stunning track, the centerpiece of 18-year-old Atlanta phenom Raury’s new mixtape, Indigo Child, he said it “takes you back to that summer between high school graduation and college orientation when you were free.” This would be true for me, as well, if I had grown up in ancient Rome, and that summer was filled with gladiator battles that this song would make me think I could win.

Born in London to Sudanese exiles, raised all over the U.S., and currently a resident of Brooklyn, Ahmed Gallab of Sinkane comes by his cosmopolitan outlook on pop music naturally. His sumptuous second LP, Mean Love, synthesizes soul, funk, psychedelic rock, ’70s country, folk, and calypso among a plethora of more specific musical references, with a striking lack of affectation. On “Yacha,” Gallab works the vintage Gaucho keyboards like Donald Fagen himself is riding shotgun.

I’ll have more to say on this brilliant guitarist and his new record, Way Out Weather (due October 7), very soon. But in the meantime, let me introduce your new daydreaming jam of the pre-autumn.

I’ve long found the sound of pedal-steel guitar to be a deeply reassuring presence in a song, but it’s a hard instrument to present in new ways. No matter what, it evokes Bob Dylan’s Nashville Skyline. So Maggie Bjorklund, an ace guitarist in Jack White’s touring band, deserves extra credit for exhibiting both a familiar beauty and an unusual, alien-like quality to her playing on the new Shaken. “Missing at Sea,” an instrumental, is hardly reassuring; it is the very darkness that must be girded against.

This is more spooky, ethereal death-country that evokes ghosts on the prairie and storm clouds on the horizon. It must be the season.

The Midwest Beat, Free of Being Album Stream

This Wisconsin band has been steadily writing and recording perfect three-minute pop-rock songs played on jangly guitars and sung in rough harmony for the past decade. The group’s early records sound like they were recorded in the fall of 1965 and only recently discovered by an intrepid vinyl nerd. The Midwest Beat’s latest, Free of Being, is a progression — it sounds like it was made in late ’66, with creeping psychedelia darkening the good vibes. I’d be happy if these guys made albums forever, though I worry they’ll be bummed out when they eventually hit Altamont.