Songs of the Week: Rising Sophomores 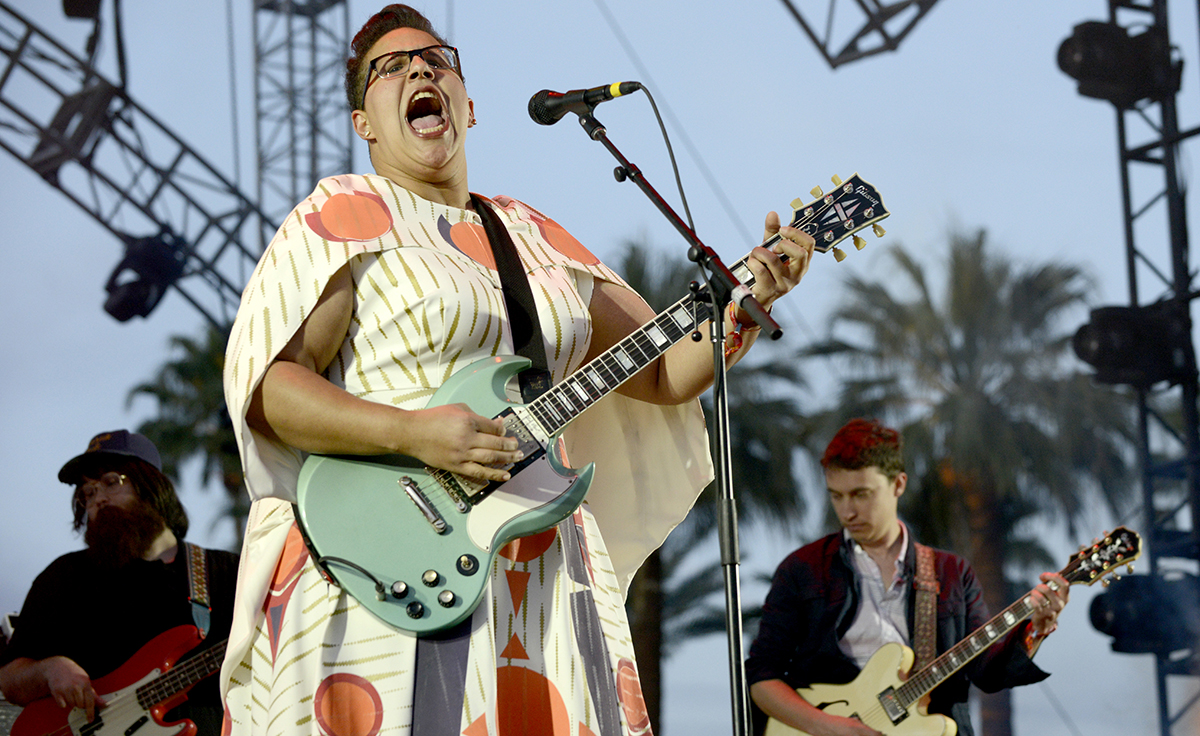 My favorite song from one of my favorite albums of the year, “Gemini” sounds like Erykah Badu covering Led Zeppelin’s “No Quarter.” I was a skeptic regarding this Southern bar band made good after 2012’s ho-hum debut, Boys & Girls, but the new Sound & Color is the most impressive sophomore step-up record in a long time. Finally, the Shakes have unfurled their freak flag.

Another one of my favorite albums from 2015’s first half is Sprinter by Brooklyn singer-songwriter Mackenzie Scott, a.k.a. Torres, out May 5. It’s another killer sophomore step-up record — while her 2013 self-titled LP was promising, Sprinter is an altogether bigger, meaner, louder, and (as evidenced by “Cowboy Guilt”) twistier-turnier affair.

Laura Marling, “Don’t Let Me Bring You Down”

The new Short Movie is Marling’s fifth record, so our sophomore streak has been broken. But the album nonetheless represents a new level of confidence and attitude from the acclaimed British singer-songwriter, who affects a beguiling Chrissie Hynde–style snarl on this passive-aggressive taunt.

Sleeper alert: The fine Baltimore band Lower Dens released its third record, Escape From Evil, in March to minimal fanfare. Since albums that are one month in the rearview sometimes feel like they came out a decade ago, this is your friendly reminder to check out one of 2015’s best mood LPs.

Chris Stapleton, “When the Stars Come Out”

Fans of stoner-y ’70s-style country, take note: It’s time to finally turn off that Sturgill Simpson record for now, and put on Traveler, the new album by Chris Stapleton out on May 5. Traveler is a damn beaut, particularly “When the Stars Come Out,” which was cowritten by Dan Wilson, a man who knows a thing or two about songs about drinking late at night.

Your mid-column heavy-metal smoke break, courtesy of the forthcoming Obliteration, due May 19.

Do you like drums? I like drums. London Souls’ new Here Come the Girls has lots of songs with drums that sound like this. The other parts of those songs sound pretty good, too.

I’ve not yet seen the acclaimed They Will Have to Kill Us First, a documentary about Songhoy Blues that’s currently playing the festival circuit. But I’m a fan of Music in Exile, the new record by this refugee band from Mali, the world’s current bastion of great blues guitarists.

This Louisville band has long existed in its own zone between the worlds of punk and metal. But lately it’s been exploring a more wide-open rock sound that sounds like a ’roided-up redux of 120 Minutes–era alterna-pop.

Nicki Bluhm & the Gramblers, “Only Always”

This song makes me want to climb inside of a Chevy Van and head out to Joshua Tree. Who’s with me?