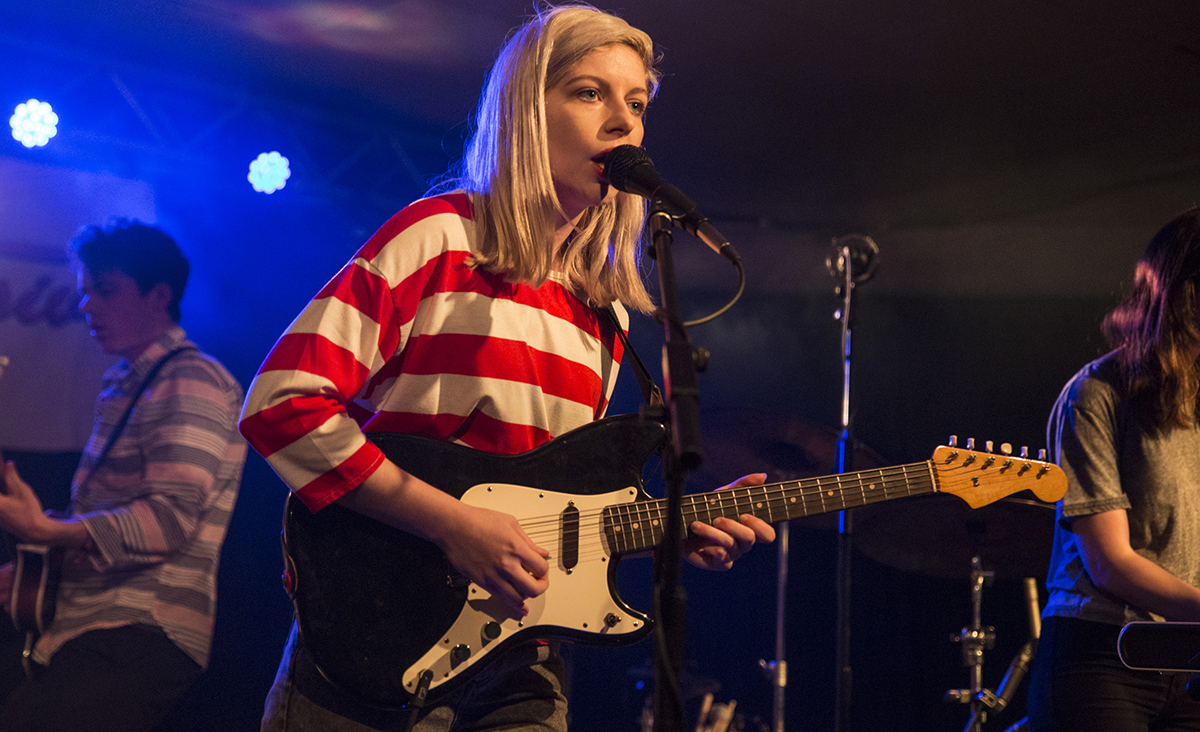 Sometimes quintessentially American music is best performed by Canadians. Just as Neil Young and the Band in many ways define Americana in spite of hailing from north of the United States, Alvvays has made one of 2014’s best SoCal pop records with its self-titled debut from its home base in Toronto. With its gorgeous jangle and nervous lyrics fretting over whether to fall in love or “act as though it never happened,” “Adult Diversion” is equally parts sunny weather and introspective anxiety, the perfect USA-Canada hybrid.

Speaking of Canadians, Sloan definitely deserves its home country’s championship belt for several years in the ’90s and probably a year or two in the ’00s as well. The band’s 11th record, Commonwealth (out September 9), is a double album with each side acting as a solo effort for each of Sloan’s four singer-songwriters. “Carried Away” is a pop gem from the eternally boyish Chris Murphy, with characteristically spot-on harmonies, excellent bass sounds, and a perfectly concise guitar solo.

Still more Canadians! This psych-rock outfit fronted by Rishi Dhir (formerly of the High Dials) incorporates Indian classical music influences into a classic pop template, in ways both wistful and sinister. “Knock You From Yr Mountain” (from the new The Three Poisons) leans toward the latter, with an insinuating dance groove that’s begging for an extended remix.

Benjamin Booker, “Have You Seen My Son?”

Garage-punk bluesman Benjamin Booker tore through “Have You Seen My Son?” — a highlight of his flinty self-titled debut out next week — earlier this week on Conan, right before the host announced to the studio audience that Robin Williams had died. When you rewatch the episode and know the news is coming, Booker’s performance suddenly seems like a coincidental tribute: “I heard that you were callin’ on the Lord / Askin’ for answers, for some relief / Heard that you were callin’ out my name, my name / And that you cried for a whole week.”

If you want to take the reductionist route, Portland trio Greylag sounds a lot like Fleet Foxes with a little extra oomph. But let’s not go that route, because that makes Greylag seem really boring. “Another” is the first track on Greylag’s tremendously appealing self-titled debut (due out October 14), and it sets the tone for the record’s catchy and briskly strummed mini epics. Greylag will inevitably be placed in a folk box, but the widescreen majesty of this music is decidedly rock.

Christopher Denny, “Our Kind of Love”

I’ve spent considerable time with Christopher Denny’s If the Roses Don’t Kill Us, and frankly, I’m still not sure what to think. Denny’s voice is the most singular sound I’ve come across in a long while — the press materials liken it to Bob Dylan and Roy Orbison, but that doesn’t feel right. The closest I’ve come to an accurate comparison is a member of the Lollipop Guild impersonating Hank Williams Jr., and even that is obviously stupid. All I know is that when Denny sings, I feel something that’s not quite pleasure, not quite cathartic, and not quite irritation. Check back in six months — he’ll either be my favorite singer or my least favorite.

L.A. band Allah-Las specialize in melancholy garage rock that captures the timelessness of vintage guitars and teenage alienation. Also, as the video for “501-415” shows, they are also very good at getting stoned.

Sturgill Simpson, “You Can Have the Crown” (Live at Mile of Music in Appleton)