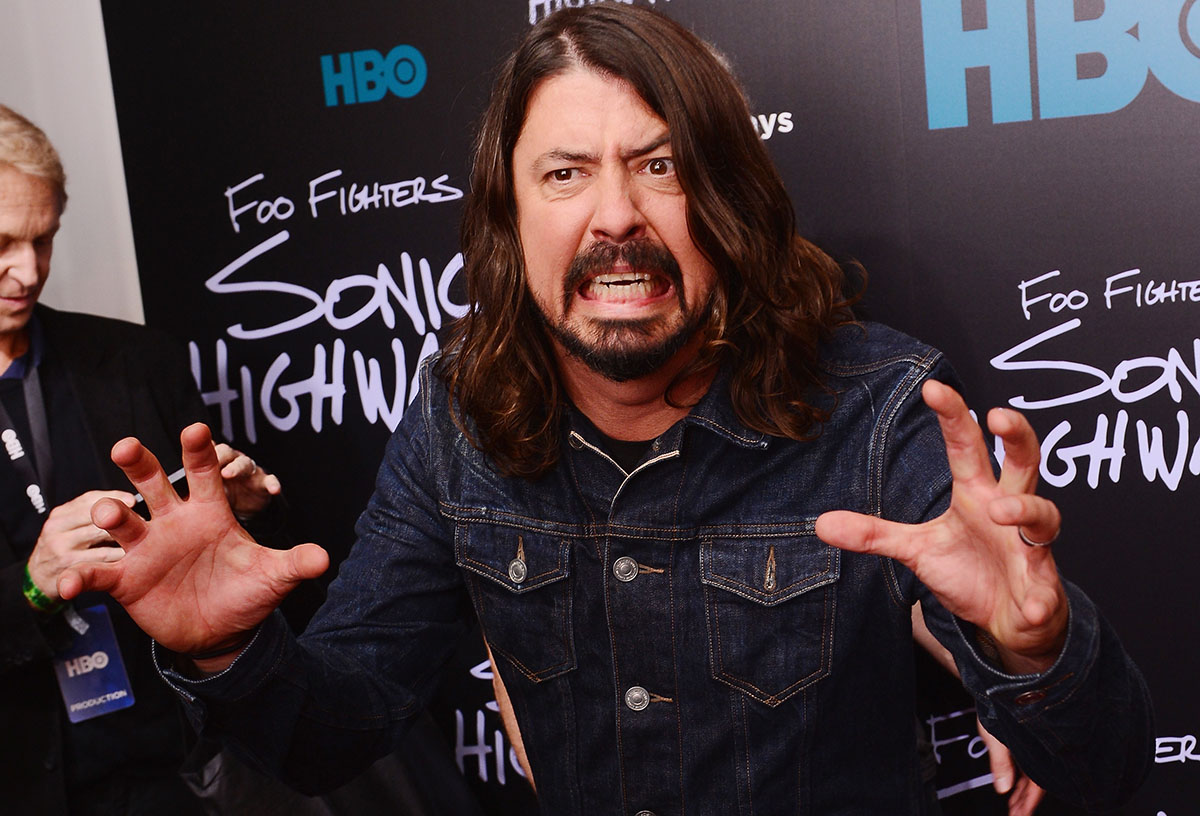 Foo Fighters, “Something From Nothing”

After approximately 1.3 million trailers, the new Foo Fighters miniseries Sonic Highways premieres tonight on HBO. I look forward to seeing it, though the sluggish “Something From Nothing” is more nothing than something. Which is disappointing, because while Foo Fighters haven’t put out a top-to-bottom great album since The Colour and the Shape (though 2011’s Wasting Light came surprisingly close), this has long been mainstream rock’s most reliable singles band. I suspect (or strongly hope) that something catchier-slash-punchier is coming on the horizon.

Run the Jewels, “Close Your Eyes (and Count to Fuck)”

That song title writes an enormous check and damn it if Run the Jewels don’t cash the shit out of it. The bare-knuckle bravado of Killer Mike and El-P’s 2013 debut is in full effect here, if not more so. I never thought I’d enjoy hearing Zach de la Rocha on a song in 2014, but it’s hard to argue when there’s a boot pressing hard on your neck.

I suppose it’s possible to not fall in love with this band after watching this video. But I would never want to contemplate being so miserable.

Presley is one-third of the country super-group Pistol Annies, and she’s pitched at the midpoint between the feistiness of Miranda Lambert and the melancholy of Ashley Monroe. On her strong new album, American Middle Class, Presley sings with an Everywoman, I’m-just-tryin’-to-get-through-this-damn-day resolve on a song cycle examining the cruddy, mundane drudgery lurking beneath all those truck songs on country radio. She wouldn’t be in Pistol Annies if she didn’t have the goods as a songwriter, though the production on American Middle Class occasionally lacquers over her rough edges unnecessarily. This live version of the title track from Letterman compensates nicely in this regard.

Foxygen, “Coulda Been My Love”

I loved Foxygen’s breakthrough 2012 EP, Take the Kids Off Broadway, which sounded like a dozen oldies radio stations playing a dozen different songs at the same time. It seemed like this band had found a way to take the basic components of classic rock and twist them into bat-shit songs that resembled phantasmagoric balloon animals. Ever since then, however, Foxygen has struggled to integrate its knack for pastiche with its impulse to totally weird the fuck out. The new … And Star Power either goes one way or the other, and it’s never completely satisfying, though Foxygen’s scattershot aim hits enough times to stick around for the next LP. On the pastiche side, “Coulda Been My Love” is a perfect Todd Rundgren song played somewhat imperfectly.

As an avowed fan of wussy metal, I’m obviously onboard with any band that can effectively combine black metal and Cheap Trick.

I have this rule that whenever I write the Songs of the Week column I have to include at least one really good band from Philadelphia. Actually, it’s not a rule, it’s just something that always seems to happen, because when it comes to pretty pop songs played by guitar-centric rock combos, Philadelphia is basically where it’s at right now. Little Big League’s sophomore LP, Tropical Jinx, hits that sweet spot between heart-tugging emo and chunky old-school indie, with the occasional French horn solo that raises the emotional stakes. “Property Line” is a breakup song — singer Michelle Zauner calls out her ex for being a bully and consoles herself by remembering the time she worked with her dad clearing blackberry bramble, her hometown blue-collar work ethic shielding her briefly from heartache.

Cool Ghouls, “What a Dream I Had”

Twerps, “Back to You”

I have an ambivalent relationship with year-end lists: I recognize that they’re reductive and maybe a little stupid, but as a cog in the entertainment journalism machine, my brain has been trained to examine culture in 12-month intervals and pull out my favorites from those intervals in numerical order. Right now, I’m involuntarily pondering my 2014 list and (thanks to Twerps’ forthcoming Range Anxiety, due in early 2015) my list for next year. What the hell is wrong with me? I don’t blame these wistful Australians, all they did was make a captivating record. I’m just sick in the head.

Grantland Reality TV Fantasy League: The Return of the Way-Too-Early But Totally Necessary ‘The Challenge’ Preview