Songs of the Week: Enter Metallica 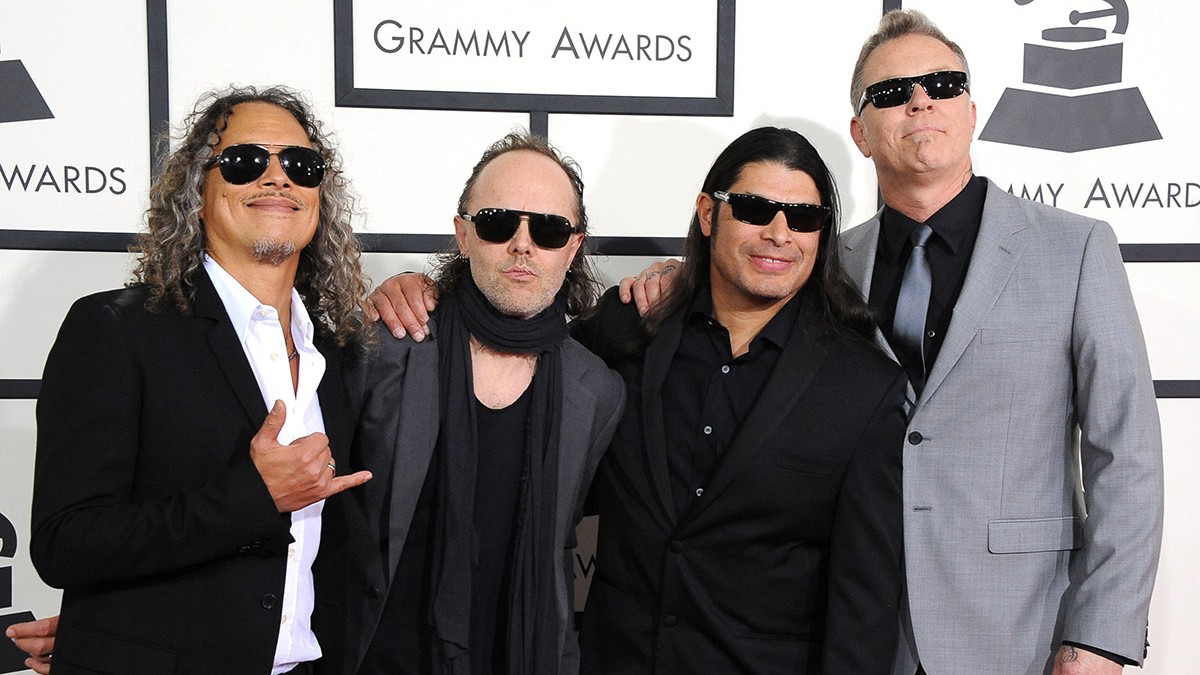 This is kinda poor quality, and the audio clarity isn’t so hot, either. (Rimshot.) But seriously, it’s not bad! Don’t get too attached, though. Lars Ulrich told Rolling Stone that Metallica “have been creating away in the studio” and this version of “Lords of Summer,” recently debuted onstage in Bogotá, Colombia, may or may not be the version that ends up on the band’s full-length follow-up to 2008’s Death Magnetic. Alternate title: “The Call of Ktugrrrsssh!”

Fucked Up, “Paper the House”

The new Fucked Up album, Glass Boys, has been described as “tight and concise and direct,” meaning it will be nothing like its predecessor, the sprawling “rock opera” David Comes to Life. Based on “Paper the House,” the other core elements of Fucked Up’s sound — Damian Abraham’s ingratiating bark, the 27 layers of guitars, and a heaping helping of jaded optimism — remain intact. Consider me poised for some tightly concise directness.

Luke Bryan, “Are You Leaving With Him”

Yeah, yeah, Luke Bryan is a lunkhead and the series of annual Spring Break EPs is the lunkheadiest part of his discography. But “Are You Leaving With Him” is secretly the best-ever Chvrches song that could also possibly end up in a truck commercial one day.

The word “posse” peaked in cultural usage probably around 1993, when Mario Van Peebles’s all-black western Posse was in theaters and the original Arsenio Hall Show was one year away from cancellation. That year is also a good frame of reference for the charmingly low-key indie-pop band Posse, whose “Shut Up” derives from early-’90s cool-guy bachelor-pad classics like Yo La Tengo’s Painful and Luna’s Penthouse. “Shut Up” is the second-longest cut on Posse’s new album, Soft Opening, and a solid no. 1 for the album’s “coolest song with the coolest-sounding guitars.”

Like everybody else in the rock-crit industry who wasn’t in Austin for South by Southwest last week, I compensated for missing out by making fun. But the avalanche of coverage this festival generates benefited me personally in at least one way this year: I finally heard about Sturgill Simpson, a country singer from Kentucky in a classic outlaw mold whose highly promising 2013 debut, High Top Mountain, I was completely unaware of until a SXSW watcher clued me in. Fans of Waylon Jennings, Dwight Yoakam, and train songs should be similarly thrilled by “Railroad of Sin.”

Young and In the Way, “Solitude” (Candlemass Cover)

Your midcolumn heavy metal smoke break, courtesy of Young and In the Way, whose new album, When Life Comes to Death, is out May 27.

What if Iron Maiden died in a plane crash and were reincarnated as a Mongolian folk group?

Protomartyr is an intense four-piece rock band from Detroit that has internalized the palatable sense of postindustrialized dread commonly associated with America’s great lost Midwestern metropolis on the new Under Color of Official Light. For example, “Scum, Rise!” is an inspirational number that details the lethal explosion of a sports bar. What’s worse, the poor bastards inside were probably watching the Lions.

Space Raft, “We Are Not Alone”

Let’s say you enjoy Badfinger. You thought it was really cool when “Baby Blue” showed up at the end of Breaking Bad. But then you thought, “It would be even cooler if this perfectly crafted power-pop music were somehow transported into a science-fiction context.” If this scenario is even remotely resonant, I highly suggest checking out the fine new Milwaukee band Space Raft, whose self-titled debut is represented well by the wistful (and possibly extraterrestrial) “We Are Not Alone.”

Like I always say, it’s always nice when a song (or a columns about songs) can end with an excellent outro guitar solo.

Filed Under: Music, Metallica, fucked up, luke bryan, posse, Songs of the Week, young and in the way

Death, Taxes, and Dystopia: ‘Divergent’ Is Anything But Special